Last year I got to review the award-winning The Play That Goes Wrong and The Comedy About a Bank Robbery which were utterly hilarious and finally this week got to see Mischief Theatre’s West End smash hit Peter Pan Goes Wrong! Which I literally cry laughed throughout!

I think everyone knows JM Barrie’s, classic story of Peter Pan? Peter Pan is the story of a mischievous little boy who can fly, and his adventures on the island of Neverland with Wendy Darling and her brothers, the fairy Tinker Bell, the Lost Boys, the Indian princess Tiger Lily, and the pirate Captain Hook.

Well Mischief Theatre’s adaption of the classic Peter Pan doesn’t quite go to plan! Similarly to The Play That Goes Wrong and The Comedy About a Bank Robbery, the show is basically an immersive experience – you are watching the Cornley Polytechnic Drama Society perform their latest production and as ever, its goes wrong! Spectacularly wrong may I add, from the moment you step into the theatre the action starts! 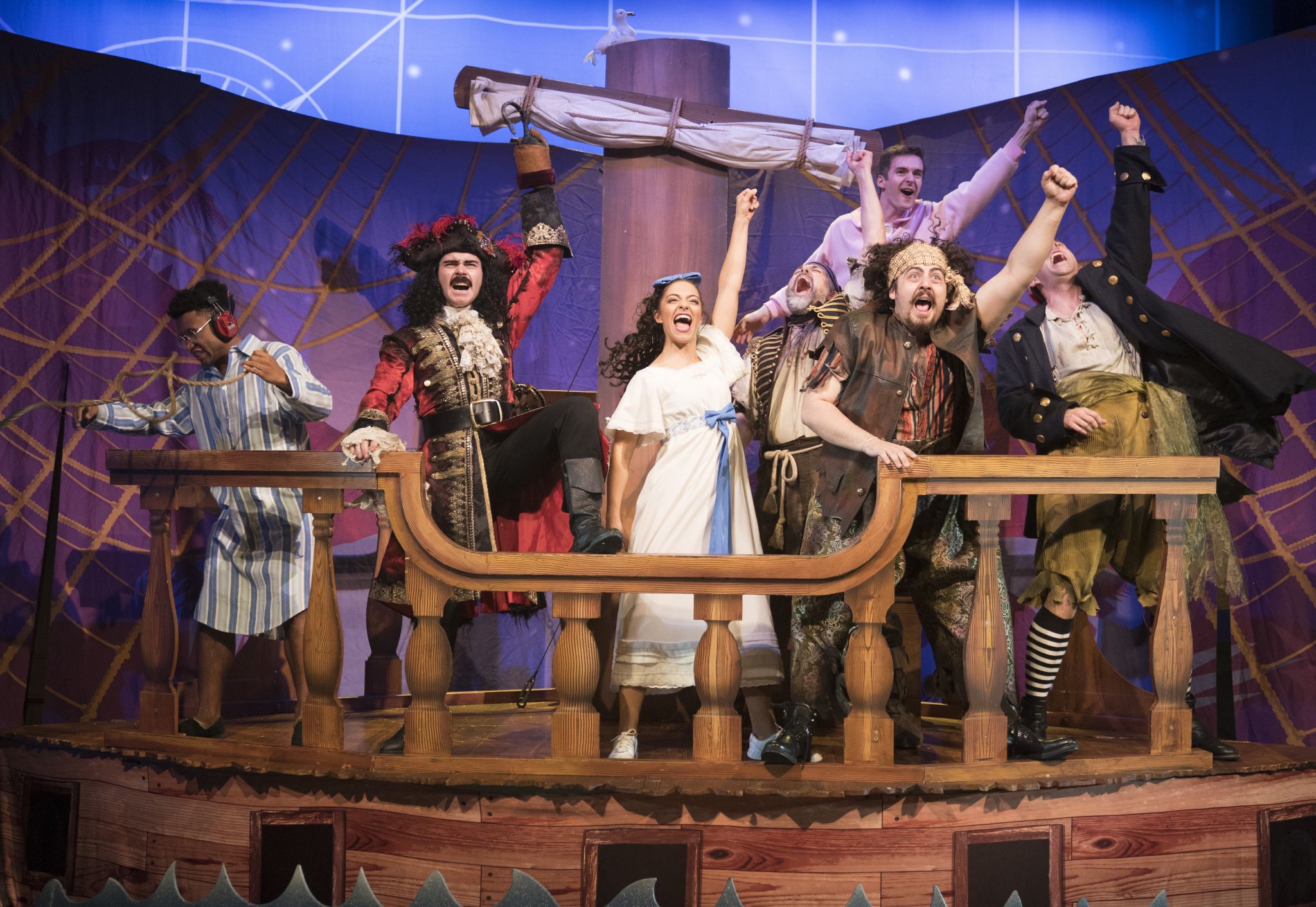 When I talk about the actors, remember the actors are playing a Cornley Polytechnic Drama Society member who are playing a character in Peter Pan . . . this may get confusing . . . however probably not as confused as Dennis was in the play!

The title role of Peter Pan is played by Jonathan (Ciaran Kellgren) who sadly injuries himself during the show! Peter and Wendy also seem to be having some kind of unprofessional relationship outside of the theatre which gets exposed during the show! 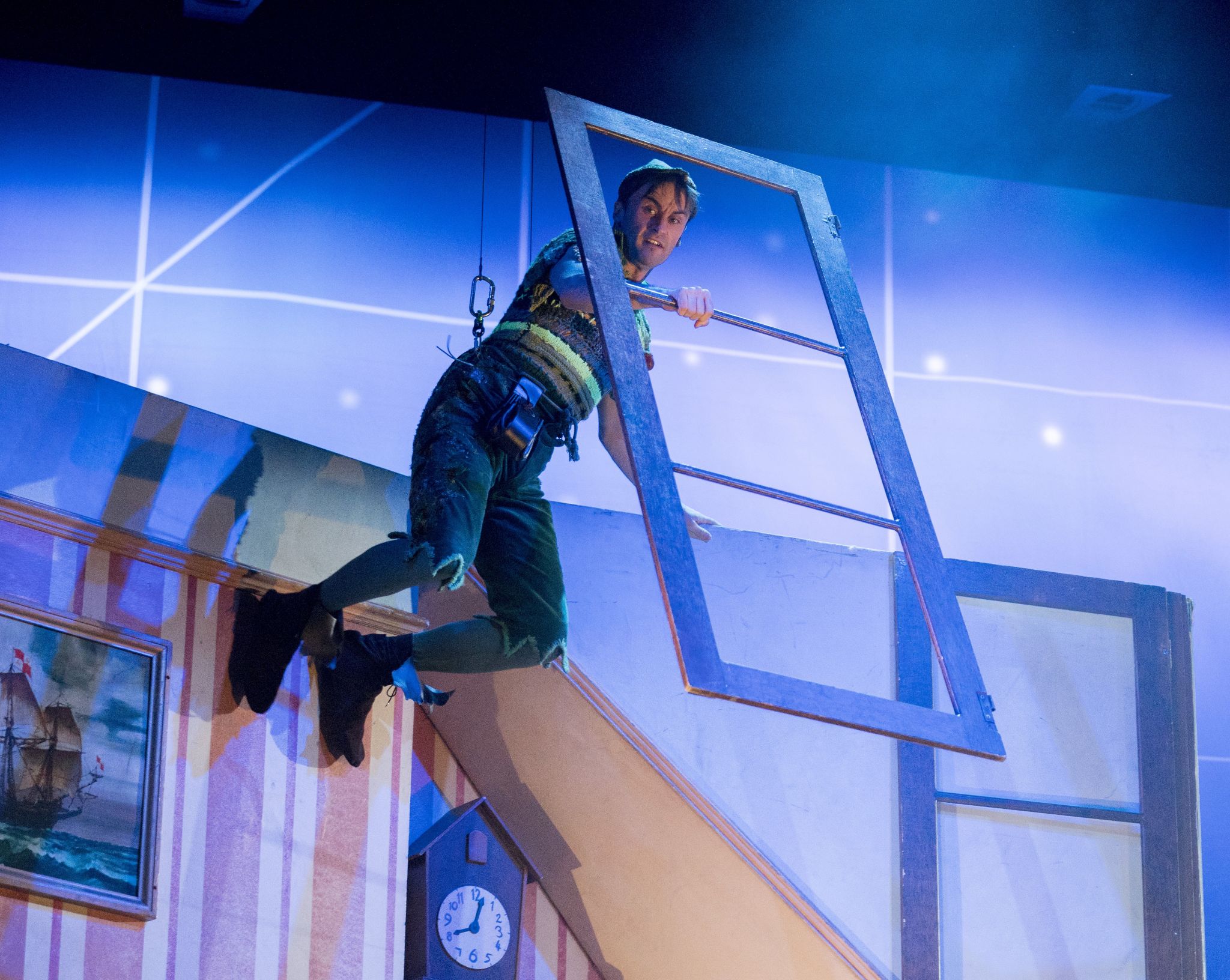 Poor Dennis who plays John Darling (Romayne Andrews) doesn’t quite know his lines, so they have given him a handy set of headphones so the crew can tell him his lines, but throughout the show there seems to be some interference with the line and Dennis ends up telling the audience the footballs scores, and gives a lovely rendition of Lady In Red when his headset starts playing a bit of Smooth Radio! I think this was my favourite character! He was hilarious!

Another character who had me in stitches was Wendy Darling played by Sandra (Katy Daghorn) with every line she gave; she paired it with some kind of hip thrusting action (sometimes inappropriate) which got laughs from the entire audience! She was snapping those hips left, right and centre! 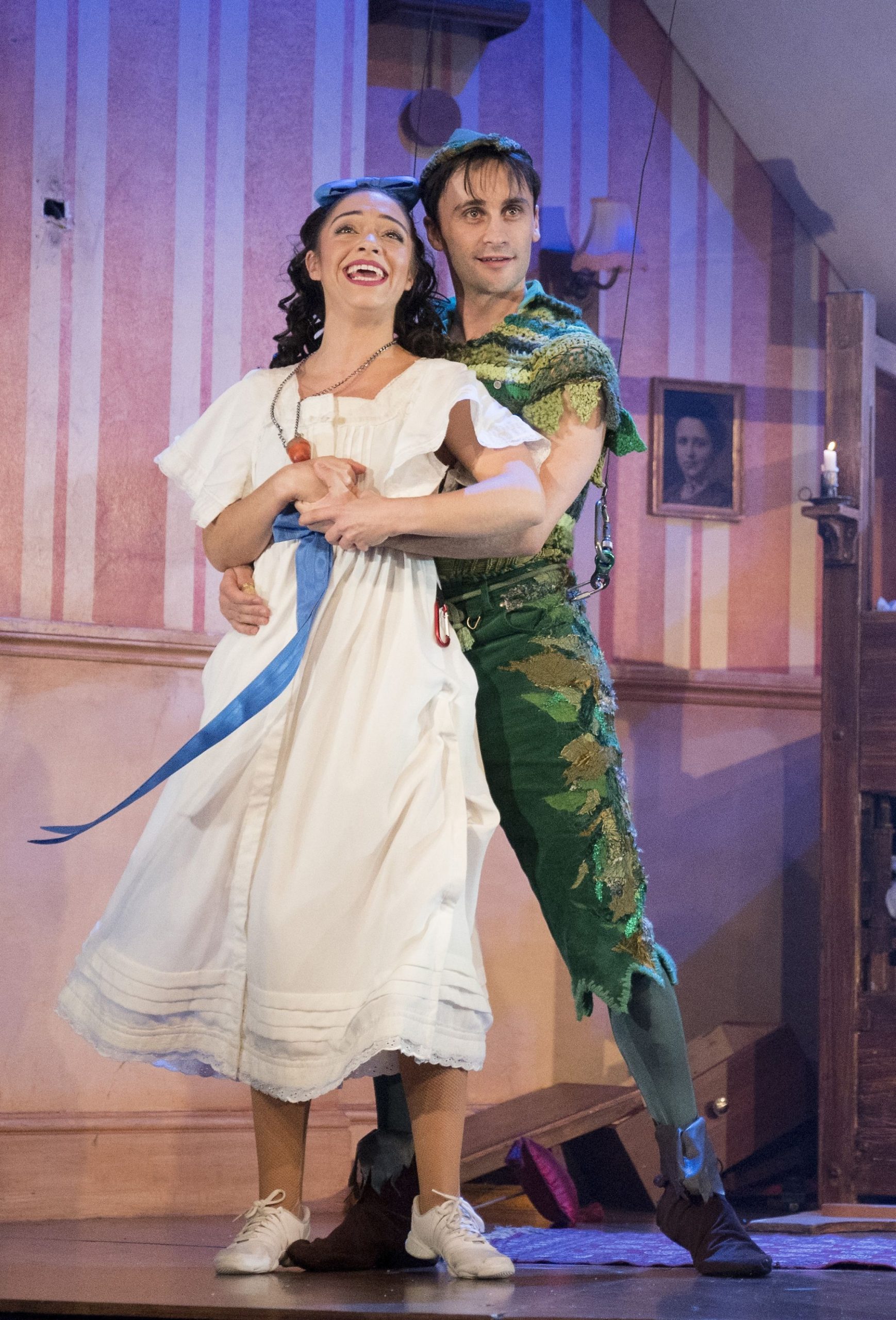 Robert (Oliver Senton) plays multiple characters including Nana the Dog and Peter’s Shadow! The scenes with Nana the Dog and Peter’s Shadow I honestly didn’t stop laughing at. Picture the scene, Peter Pan is a young boy . . . his shadow you would think would also be a young boy . . . no it’s a middle aged man who doesn’t quite have the same powers as Pan i.e. he cannot fly so depends on fixtures and fittings to mount to enable him to keep up with Peter!

One of the early scenes starring Annie (Phoebe Ellabani) who plays Mrs Darling, Lisa, Tinker Bell & Tiger Lily was possibly my favourite! Mrs Darling and Mr Darling (played by Chris (Connor Crawford) are getting ready to go out for the evening when everything which could go wrong for Mr Darling does, and Mrs Darling/Lisa has some super-duper quick costume changes which I found hysterical! 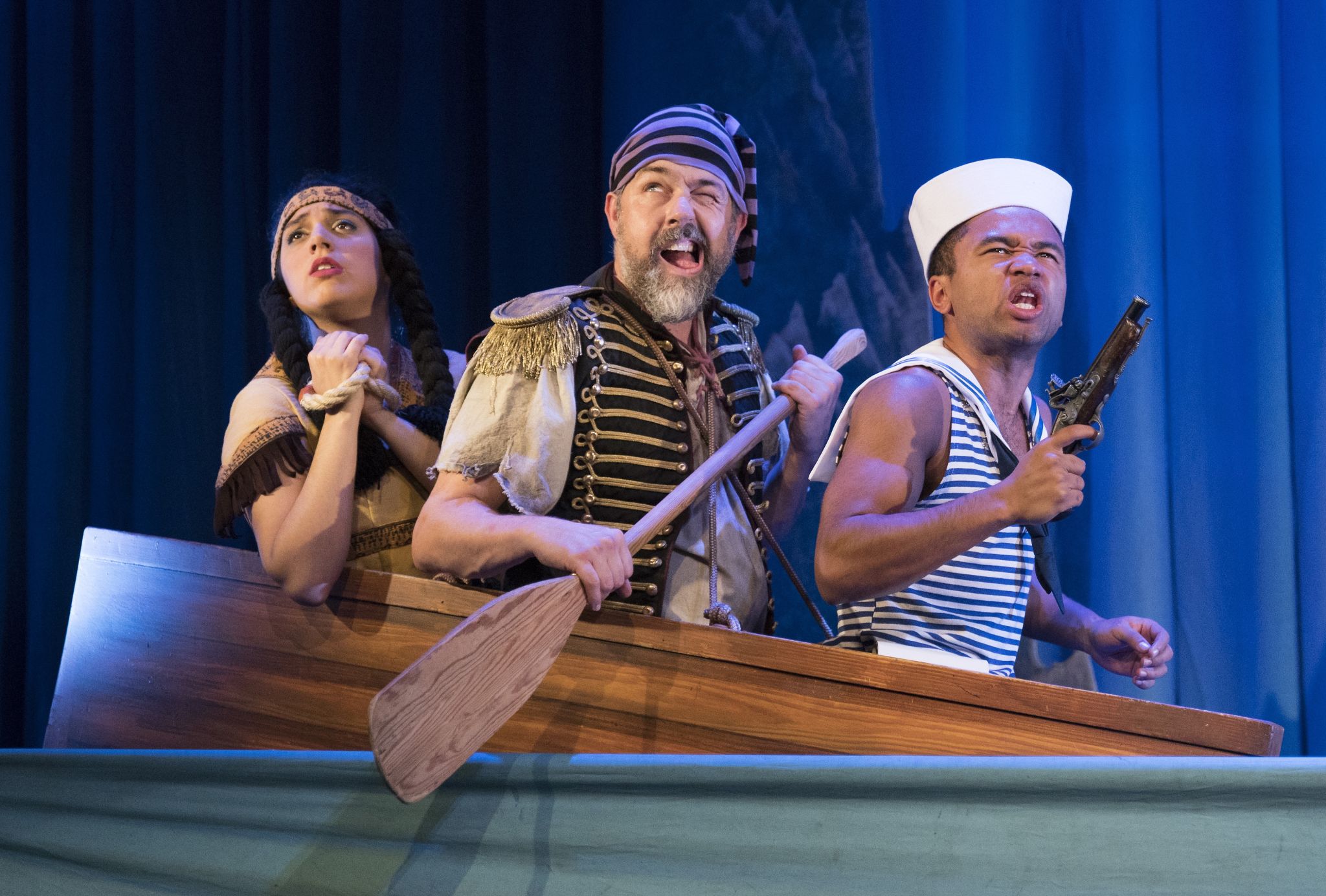 The set was fantastic; it was a revolving stage, which consisted of the Darling’s Bloomsbury home and the forests of Neverland! The transition of sets added to the comedy of the show, and the things which went wrong, must have taken a lot of time and practise to get right! Truly everything was thought of!

Along with The Play That Goes Wrong and The Comedy About a Bank Robbery I 100% recommend seeing this show! It’s one for the family, a work Christmas night out, friends etc. it’s suitable for everyone and I can guarantee will make you laugh!

Peter Pan Goes Wrong is at the Theatre Royal Brighton until Saturday 23rd November 2019. Shows every evening at 7.45pm, and matinee shows Thursday & Saturday at 2.30pm. Click HERE to book your tickets to experience an evening of laughter!

Also please do buy a programme for the show! As you get to meet the Cornley Polytechnic Drama Society cast which includes an interview with Peter Pan himself (part of the programme is basically a parody and it’s hilarious!)