Theatre Royal Brighton always makes sure they have a fantastic Christmas show, and this year was no different! Priscilla Queen Of The Desert The Musical is this year’s show, on stage until Saturday the 4th January 2020 and you’d be stupid NOT to go!

Having still never seen the film or fully understood the story, I wasn’t 100% sure what to expect from Priscilla Queen of the Desert The Musical but WOW is all I can say! I felt like I was on a different planet for 2.5 hours but it was hilariously fantastic in every way! 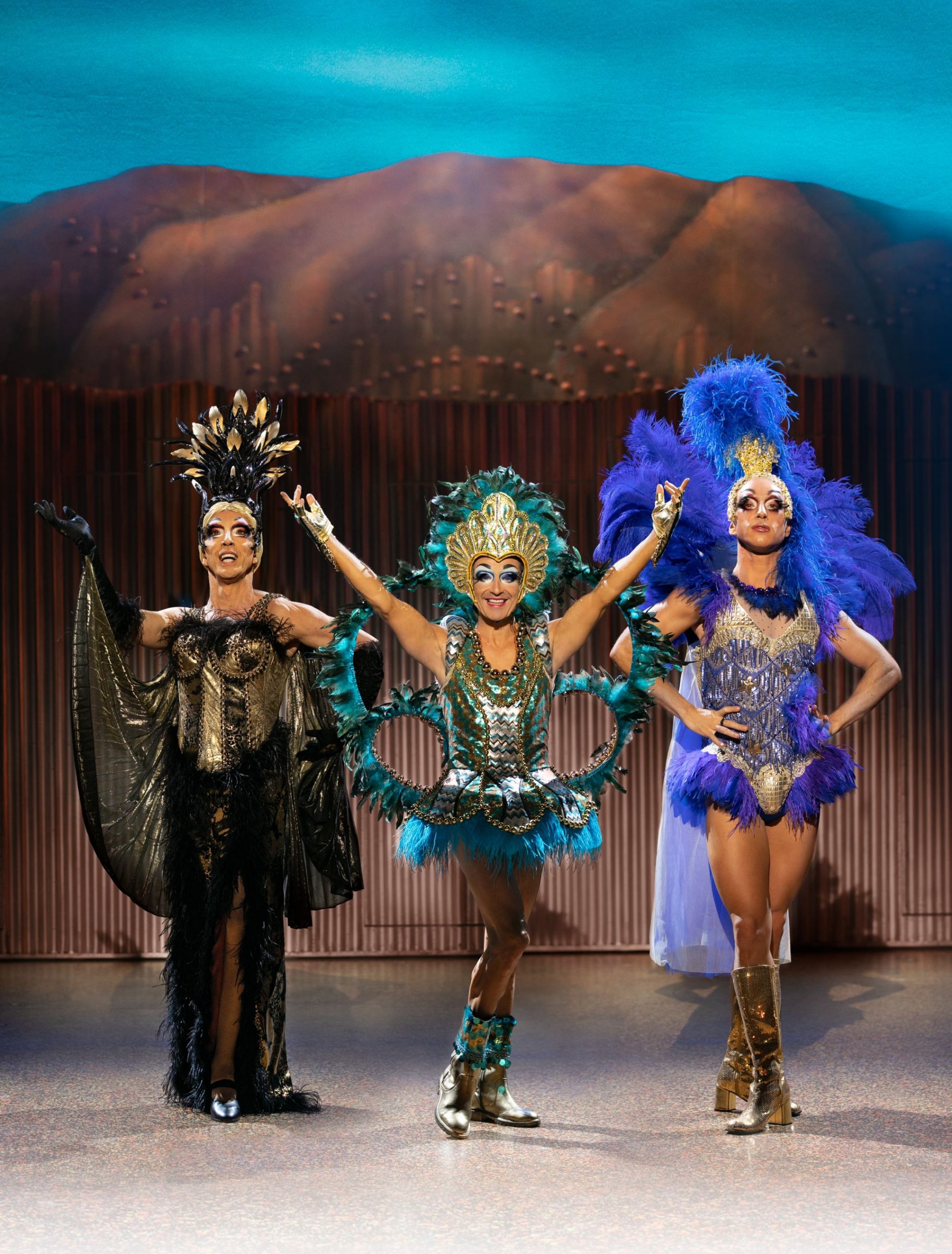 The musical is based on the cult 1994 film (now over 25 years old!) and centres around the adventures of two drag queens and a transgender women who make their way across the Australian outback in a bus called Priscilla, all of who go through different emotional journeys as well as the physical one.

The musical is definitely a comedy and is jam-packed full of laughs and innuendos which made the whole audience LOL! Some parts are a little outrageous but that just added to the hilarity of the show! (It is recommended for 13+) the show also focuses on the importance of accepting others for what they are without question, Mark Goucher (Executive Producer) includes a “Producers Note” in the programme and talks of the LGBTQ+ community and struggles they face which I think is very important to highlight.

Priscilla features dance classics from the 70’s and 80’s including I Will survive, It’s Raining Men, Don’t Leave Me This way and MacArthur Park! So you might find yourself singing along, doing a little chair boogie or getting up and having a dance for the final number of the show!

Miles Western, plays the role of Bernadette, this character for me had the most gags and some truly amazing 1 liners! The impeccable timing of the insults Bernadette gave (mainly to Felicia) was truly something special! Fantastic character and Westerns performance of True Colours was a highlight.

Holby City and Strictly star Joe McFadden plays the role of Tick/Mitzi, Tick is the main reason the 3 are trekking through the outback as he is on a mission to see his 6-year-old son he’s never met before! I saw McFadden in The House on Cold Hill which was obviously very different to this role, so really wasn’t sure what he was going to be like. . . but he was a natural! And has a really good voice! 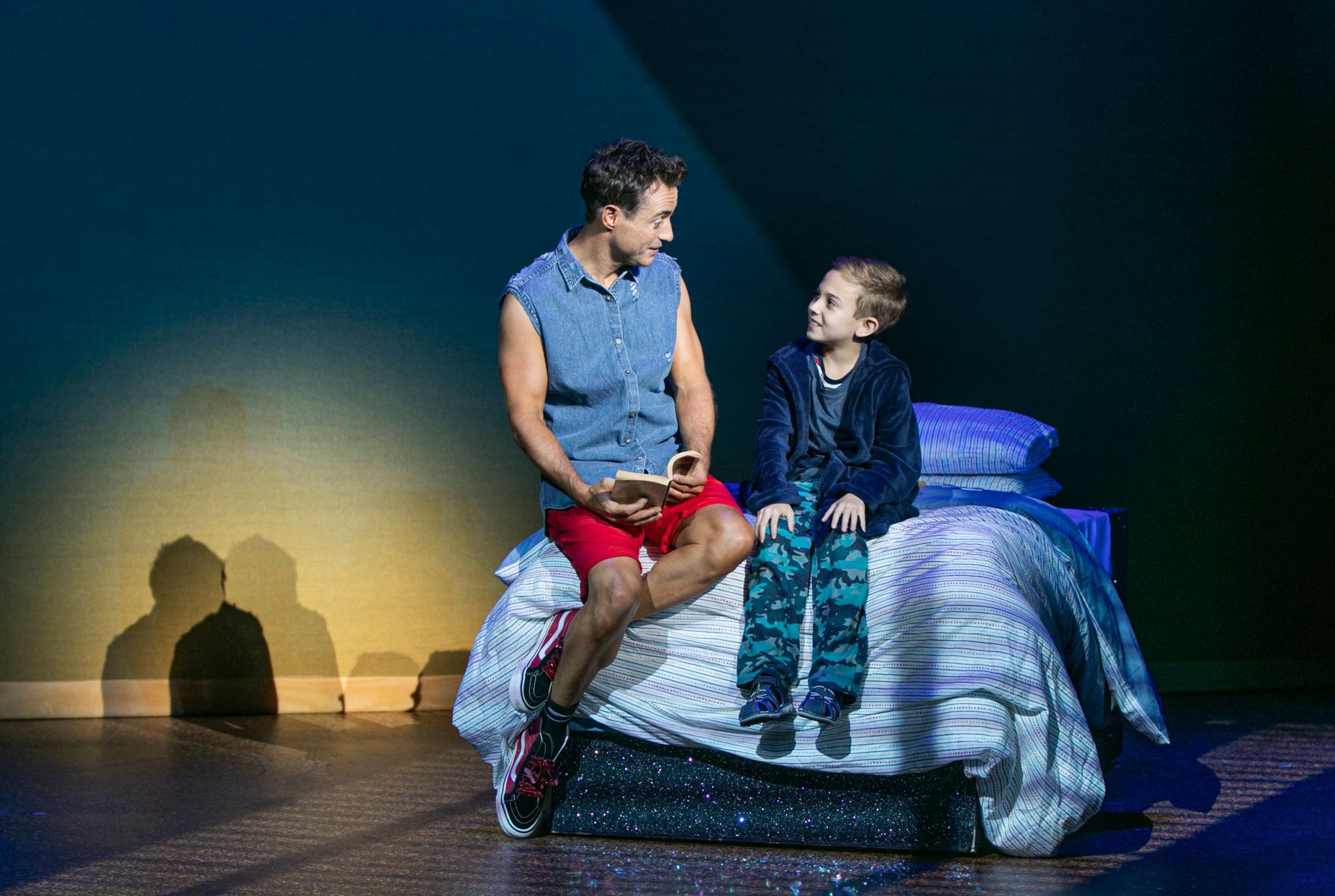 Nick Hayes plays the role of Adam/Felicia! The most flamboyant out of the 3, Felicia certainly lives her life to the max which can sometimes get her into trouble! Hayes had some fantastic scenes and even when not directly involved in a scene, kept the audience laughing with the ongoing facial expressions and randomness around the stage – also has an unhealthy obsession with Kylie Minogue . . .

The Divas who in my opinion vocally stole the show, Aiesha Pease, Claudia Kariuki and Rosie Glossop were excellent! At one point I actually thought they were miming as they sounded so good! They kind of glued the production together and provided backing vocals when the main cast were singing there songs. 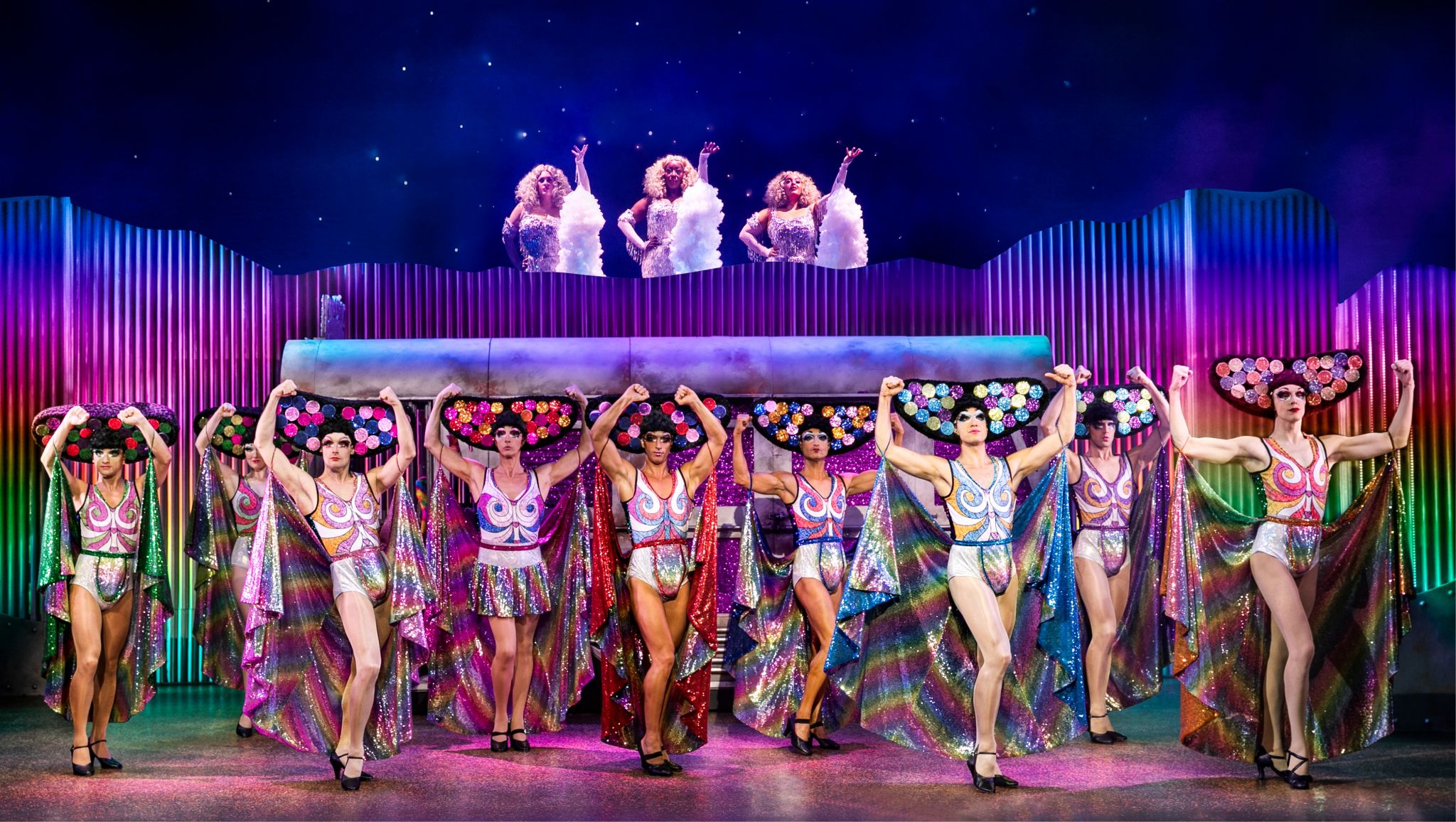 Jacqui Sanchez plays the role of Cynthia, and Cynthia has a rather odd way of entertaining people . . . . It involves a hilarious song called Pop Muzik and ping-pong balls coming out of some rather questionable parts of the body! I loved this scene so much!

The rest of the cast and ensemble were absolutely fantastic, and the show ended with a well-deserved standing ovation! Something I’m sure they are going to receive after every performance!

The costumes and staging were fantastic! So many costumes and no expense was spared! The outfit changes were super-fast so a massive well done to Roberta McKeown and team for wardrobe and a MASSIVE well done to the guys back stage that I’m sure work tirelessly to ensure the smooth running of these types of shows.

Priscilla Queen Of The Desert The Musical is at the Theatre Royal Brighton until Saturday 4th January 2020, I will list the dates in which its showing in Brighton below, and also the other areas in which Priscilla is gracing the stages! Click HERE to book your tickets to experience an evening of laughter and love!