Since finding out Peter James’s modern-day supernatural thriller “The House on Cold Hill” was coming to Theatre Royal Brighton, I have been so excited! And let me tell you it did NOT disappoint. The story is actually inspired by Peter James and his former wife’s haunted Sussex Manor house, which makes it that much more real and terrifying! I must say this is going to be a difficult review, as there is so much, I want to tell you, but I know it will ruin all the surprises for you! So, I need to be very careful!

The House on Cold Hill play is based on the 2015 book of the same name, by No.1 bestselling author and Brightonian Peter James! It tells the story of the Harcourt family (Ollie, Caro and their daughter Jade) who have moved from the hustle and bustle that is Brighton, into their dream home in the Sussex Countryside where the house they have invested all their money in, turns out to be haunted by the supernatural!

The play features an all-star cast including Scottish actor Joe McFadden who is best known for his role as Raf in BBC One’s Holly City, and for winning the 2017 series of Strictly Come Dancing, Rita Simons who everyone will know as bad girl Roxy Mitchell from EastEnders, Charlie Clements another ex-EastEnders actor who played Bradley Branning from 2006-2010 and Persephone Swales-Dawson who is best known for playing psychotic Nico in channel 4’s Hollyoaks! 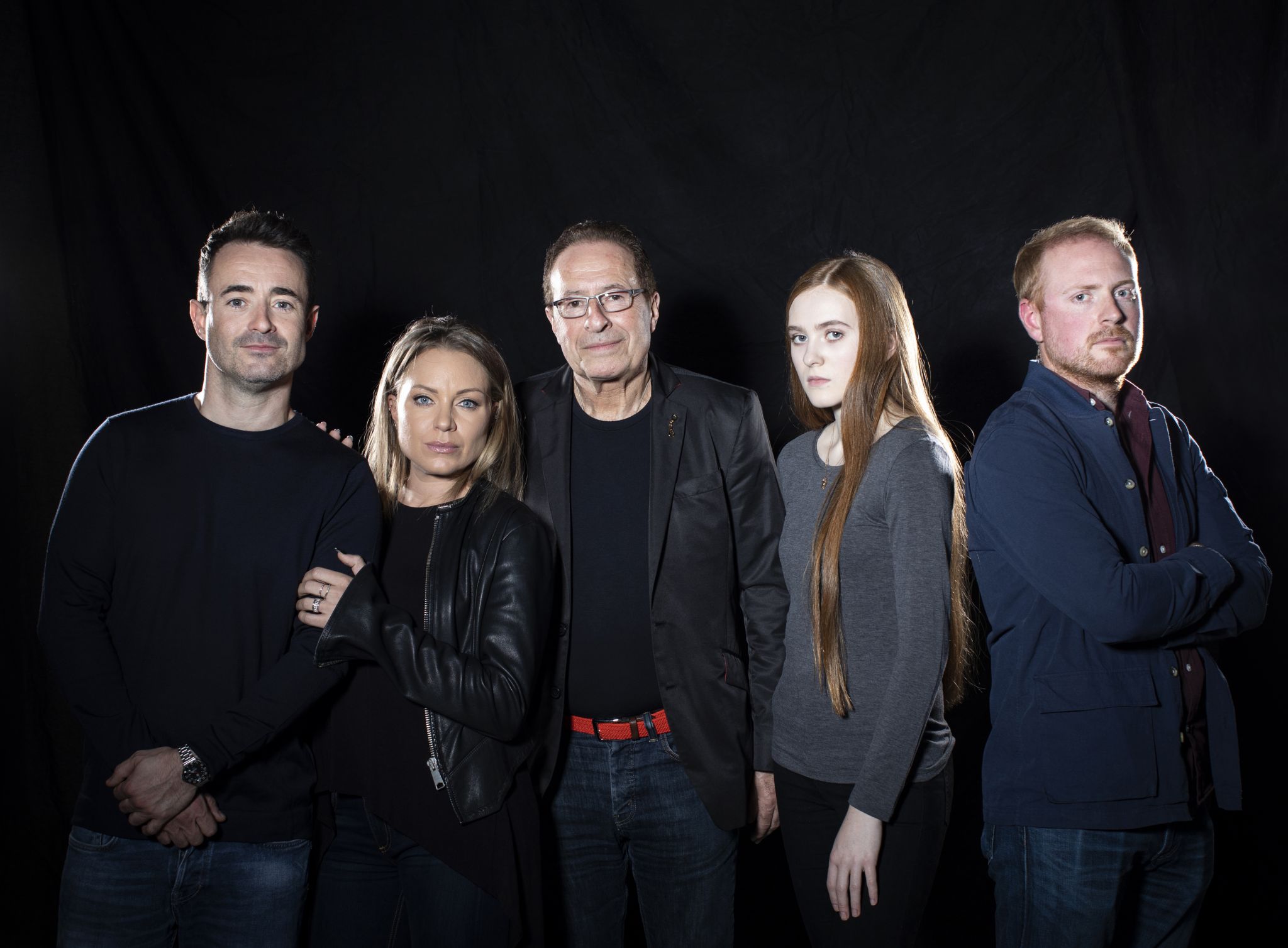 McFadden (Ollie), Simons (Caro) and Swales-Dawson (Jade) make a believable family and the chemistry between them is fantastic! Ollie is the one really trying to make their new life in the country a success, however Caro definitely wears the trousers in the relationship and as for Jade she is still seething that she’s had to leave behind her Brighton lifestyle to live in the middle of nowhere with as she describes, inbreds!

Clements (Chris) is a computer nerd, and supernatural lover! He lands himself a job working with Ollie at his home office in the infamous House on Cold Hill where he ends up introducing Caro to his friend Annie played by Tricia Deighton! Annie originally comes to the house as a cleaner but ends up being the communication between the Harcourt family and the spirits! Deighton plays the crazy old lady very well!

Leon Stewart plays the role of Phil who is doing some building work on the Hercourt’s property, and has a few old stories to tell the new owners, 1 being the fact the old owner actually died the first day he moved in at the age of 40 (I won’t say anymore, but if you go and see it, you will understand why I mention his age!) Another local with a story to tell is O’Hare played by Simon Balcon. Both actors did a fantastic job, I love how small the cast actually was, as you got to know each character.

Are there really ghosts in the house? Is it the families minds playing tricks on them? Or is Ollie’s new birthday present, an Amazon Alexa possessed? All is revealed… But, when you think the play is over, there is a further twist in the story! If you like a good thriller with a few shocking jump out your seat moments, this play is definitely for you! Every time a door creaked, or someone made a sound in the theatre, I thought it was part of the production! Even during the interval drinks, I kept expecting the “Grey Lady” to appear at the window of the bar (there we have a tiny little spoiler!)

I have added A House on Cold Hill to my “Books I Need to Read” list as I can imagine it being a great read!

The House on Cold Hill is at the Theatre Royal Brighton until Saturday 10th March 2019. Shows every evening at 7.45pm, and matinee shows Wednesday, Thursday & Saturday 2.30pm. Click HERE to book your tickets now!