Club Tropicana The Musical is the brand new 80s musical from the producers of the UK tour of Hairspray! Within the first 5 minutes of the show, you will be up on your feet dancing!

The show starts with poor Olly (Cellen Chugg Jones) being jilted at the alter by his fiancé Lorraine (Karina Hind) who has been pressured by her girlfriends to call the whole thing off! However, friends of the bride Tracey (Rebecca Mendoza) and Andrea (Tara Verloop) decide to whisk Lorraine away on what would have been her and Olly’s honeymoon! Little do the girls know, Olly’s friends Blaine (Kane Verall) and Drew (Rory Phelan) have had a similar idea and take Olly away from his troubles BUT ultimately end up in the same hotel . . . Club Tropicana! 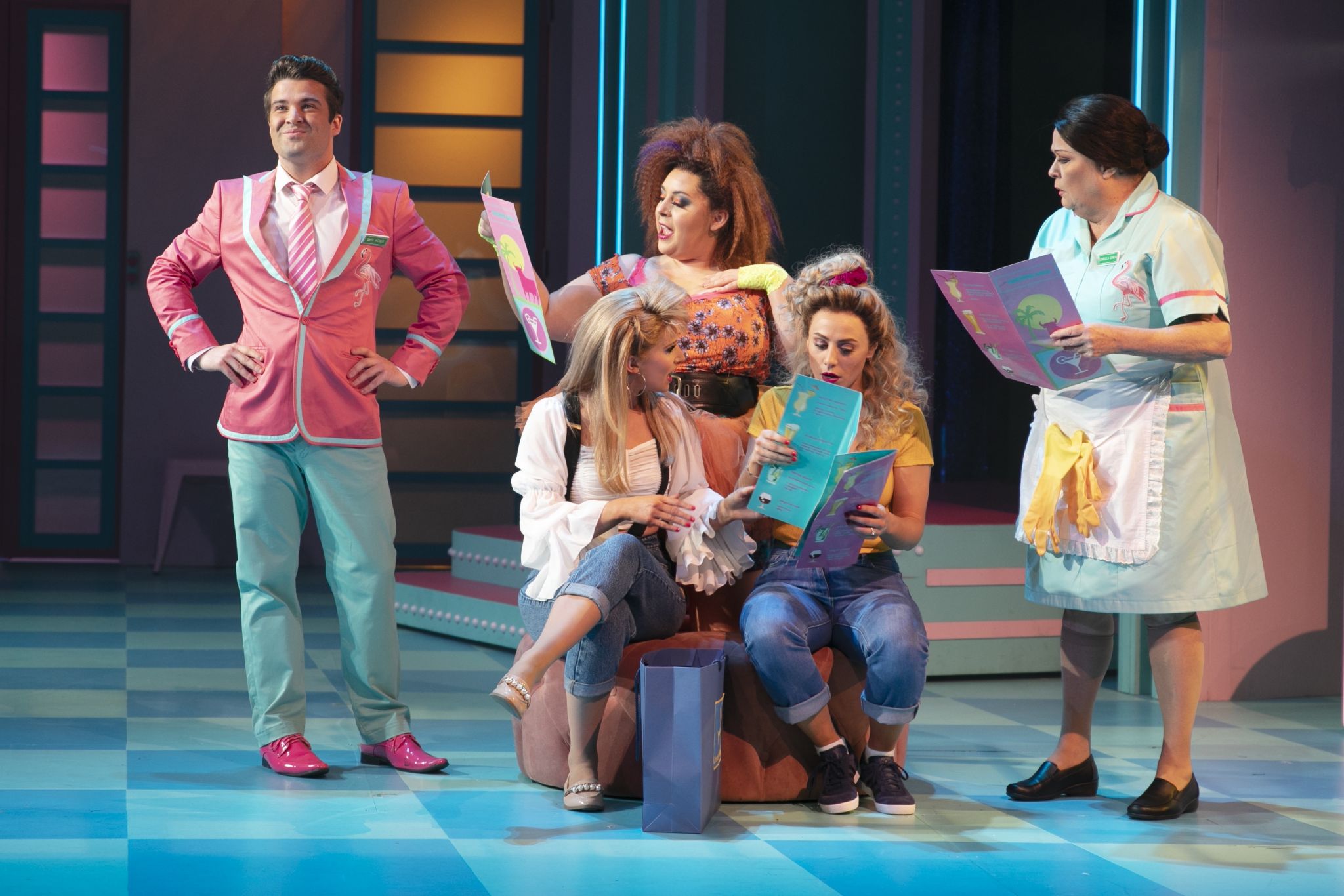 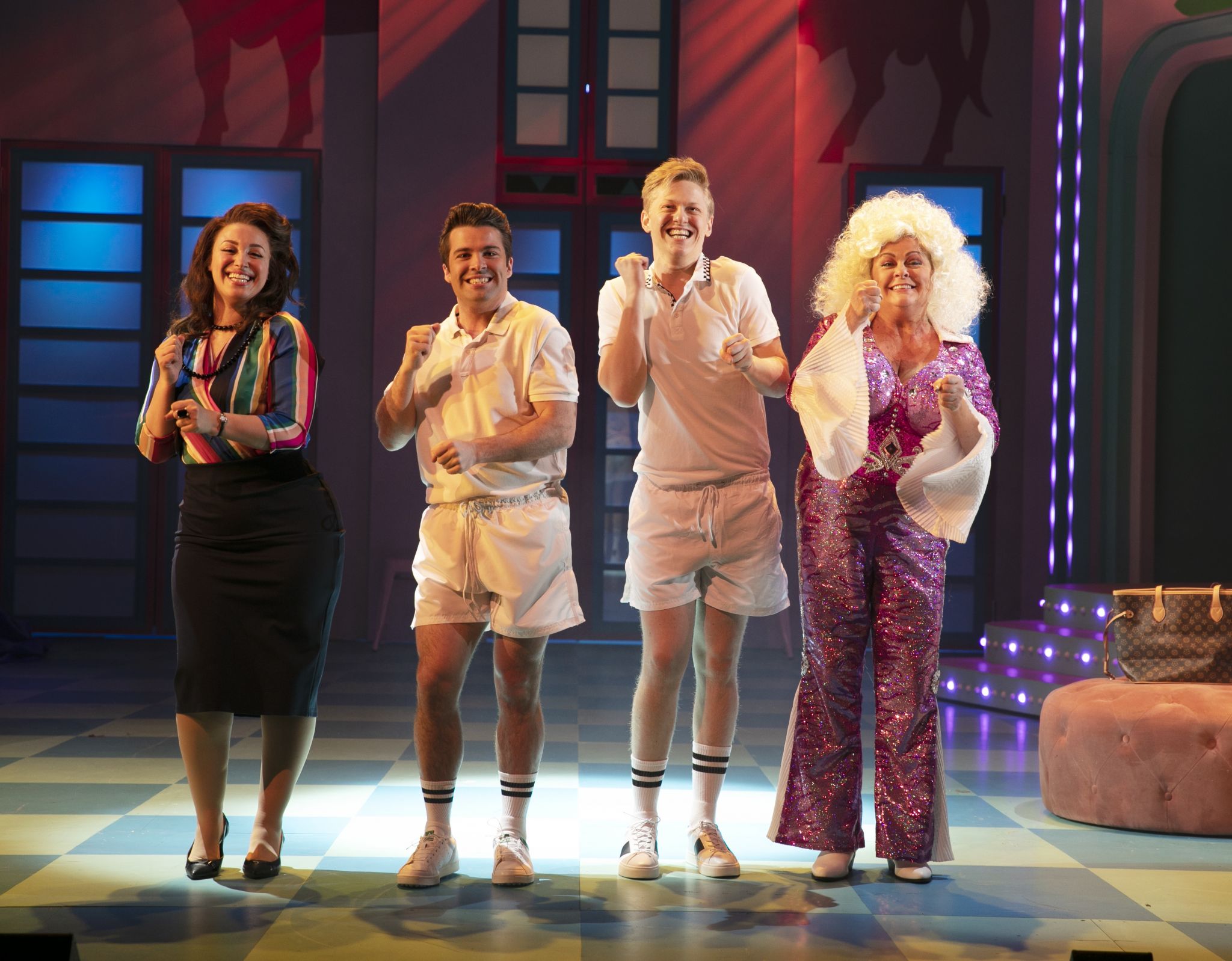 Olly and Lorraine are not the only ones dealing with relationship issues at Club Tropicana! Robert played by EastEnders Neil McDermot and Serena played by Sugababe Amelle Berrabah, both run the hotel and secretly love each other but what will happen when neither of them confess the truth to each other and a new guest Christine (Emily Tierney) arrives at the hotel and catches Robert’s eye! 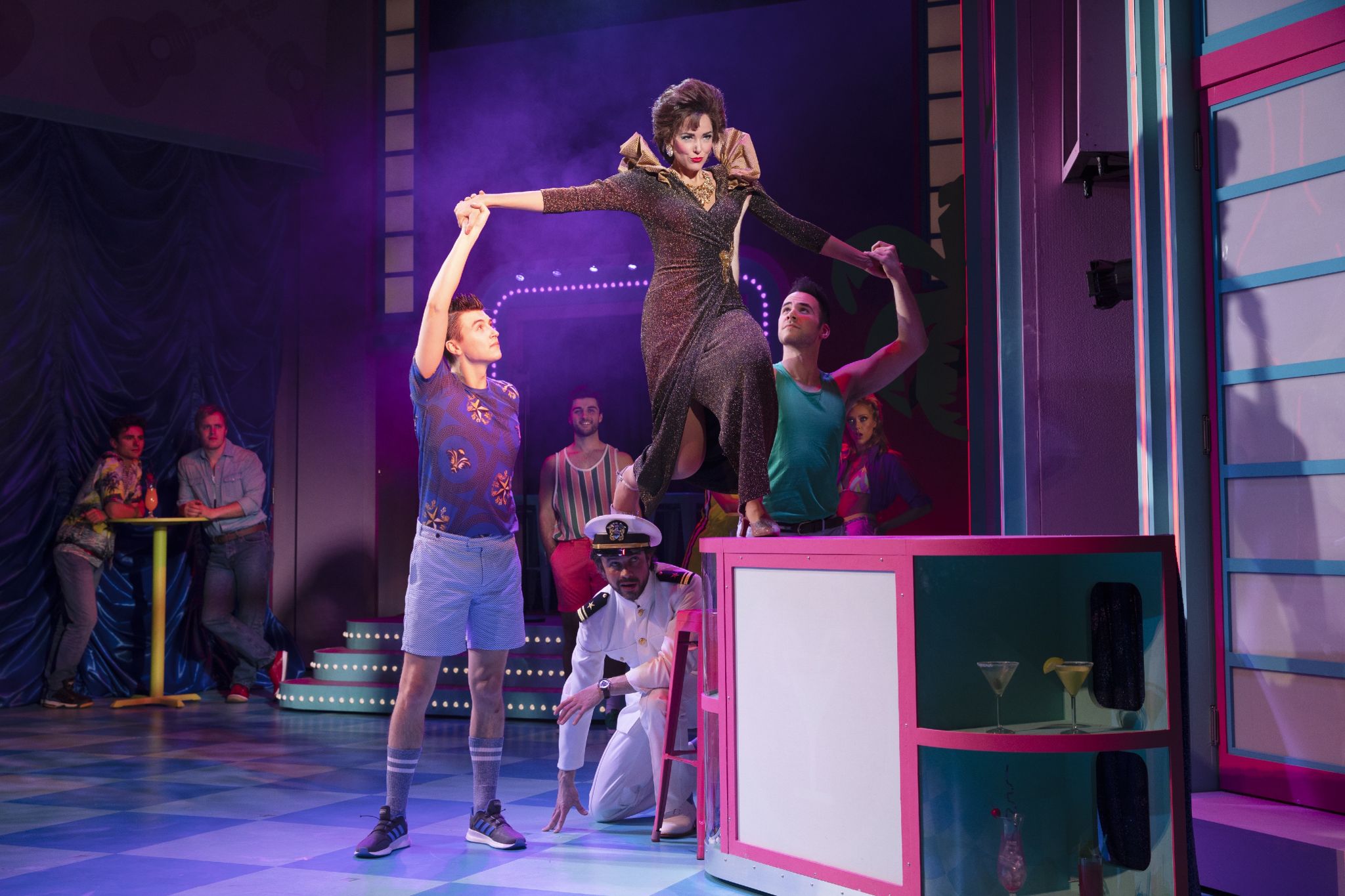 Amongst the love and heartache where is the fun! Well X Factor’s 2009 winner Joe McElderry brings the FUN as Entertainments Manager Gary! And we can’t forget Consuela from housekeeping who is played by the hilarious Kate Robbins.

Joe McElderry’s voice is effortless, and he has many innuendos in the show which had the whole audience in stitches! Rebecca Mendoza who plays Tracey has a particular scene which involves her singing “The Lion Sleeps Tonight” which I am honestly still laughing about now! She was one of my favourite characters! 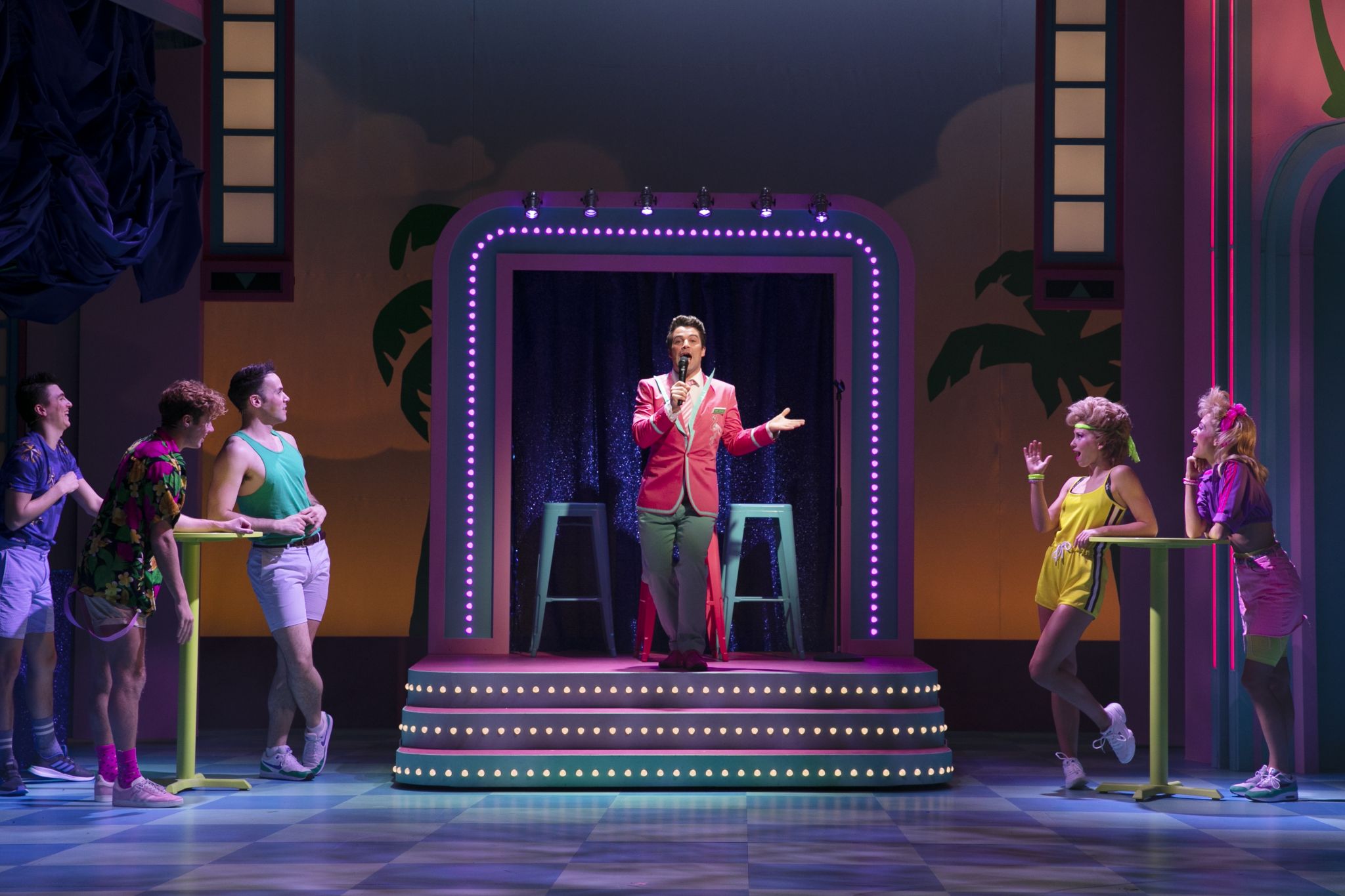 Kate Robbins character Consuela was side-splitting! They come up with a bright idea to make the hotel look busier so dress her up in a variety of costumes which are so ridiculous its funny! The whole show is hilarious, a mix of love, comedy, slapstick and some fantastic voices! 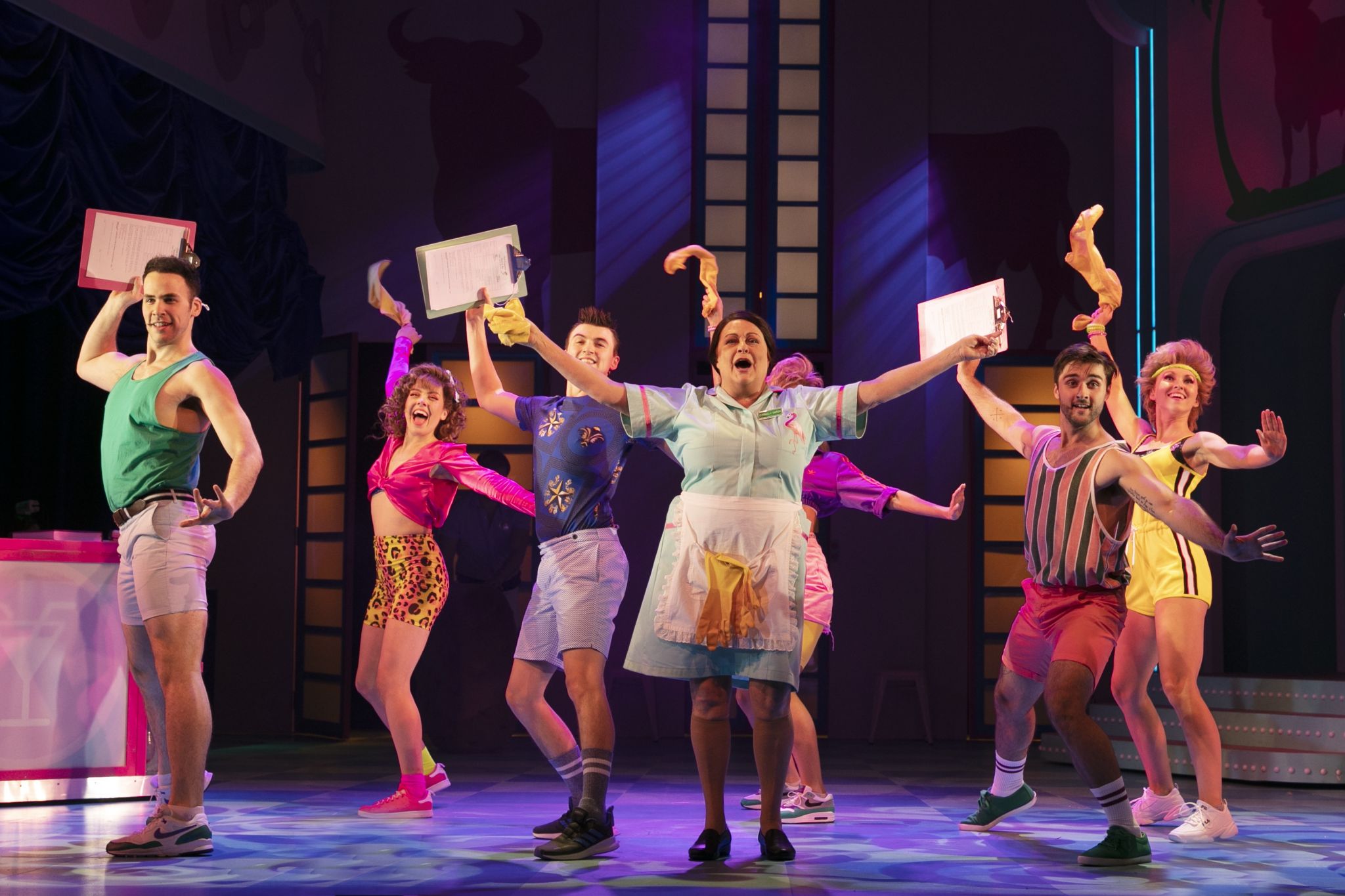 Cellen Chugg Jones who plays Olly had a great voice, along with Amelle Berrabah who I knew would have a great voice! And fun fact for you, this is Amelle’s musical theatre debut which is crazy as she looks like a seasoned pro! 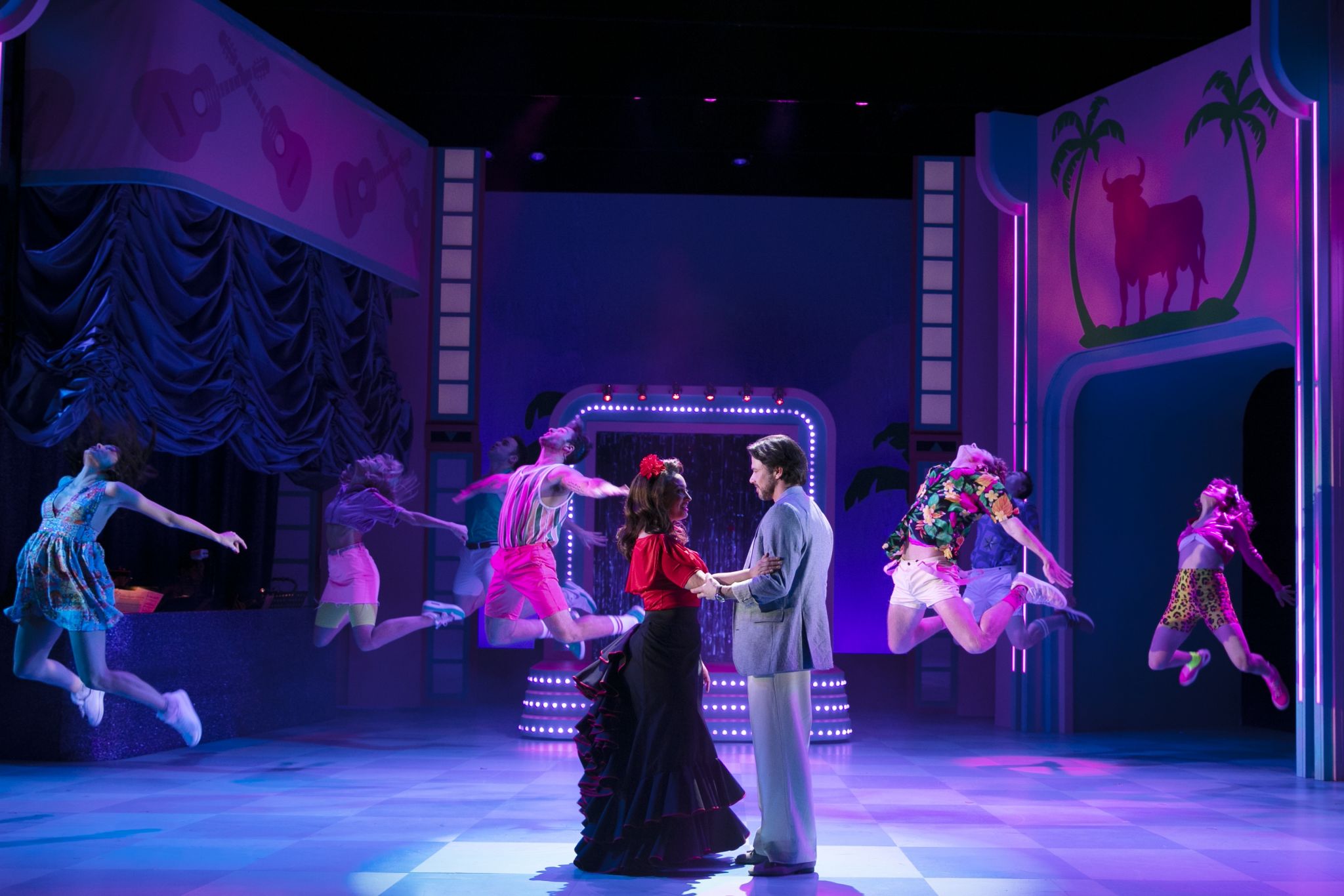 The musical features some absolute iconic songs of the 80’s including Just Can’t Get Enough, Take On Me, The Look Of Love, Girls Just Wanna Have Fun, Relax and many many more! 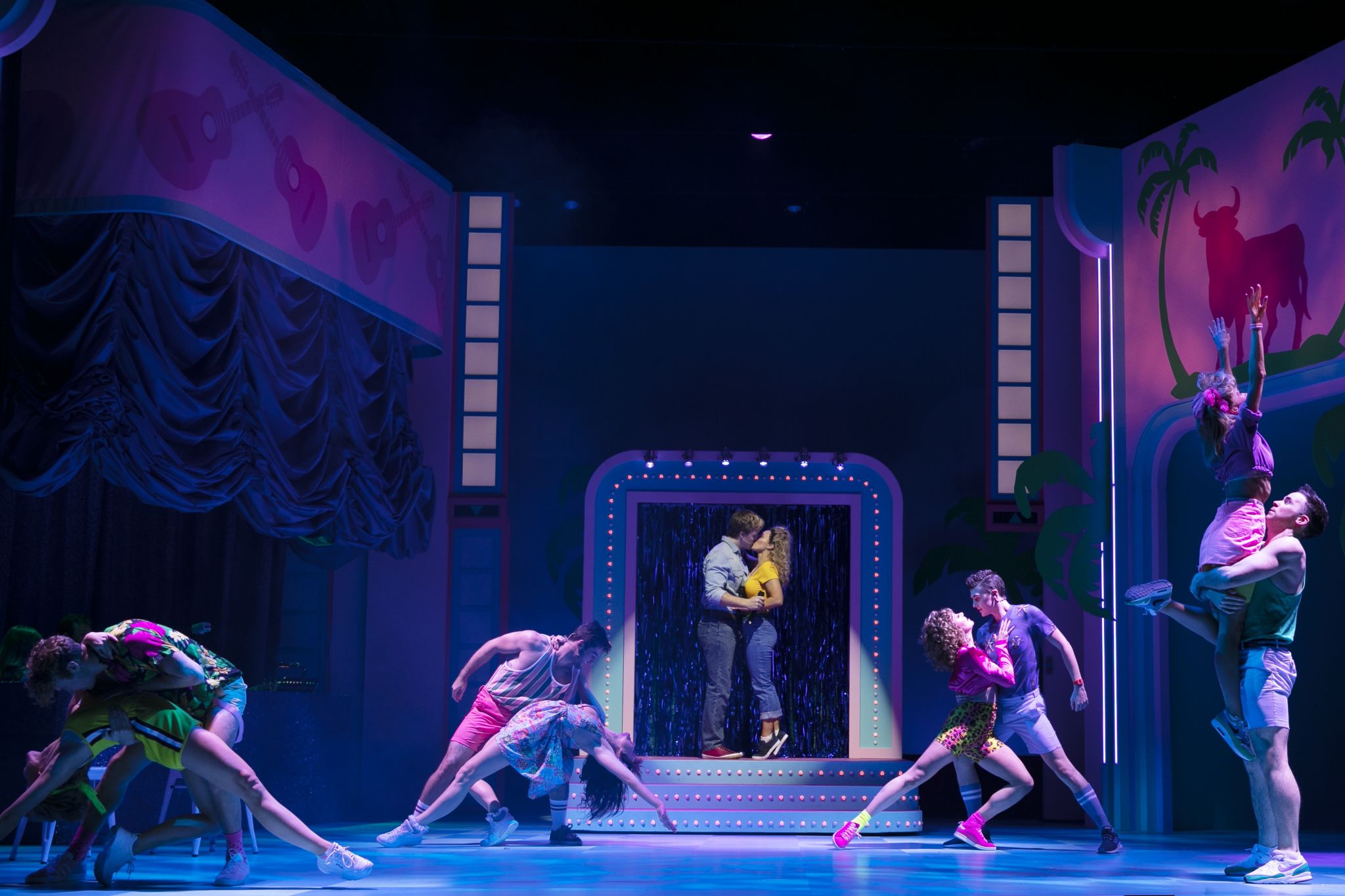 Club Tropicana The Musical ended with a standing/dancing ovation which was 100% deserved! If you’re a few months away from your next holiday and need a little bit of a sunny Spain pick me up, then book tickets for this show! 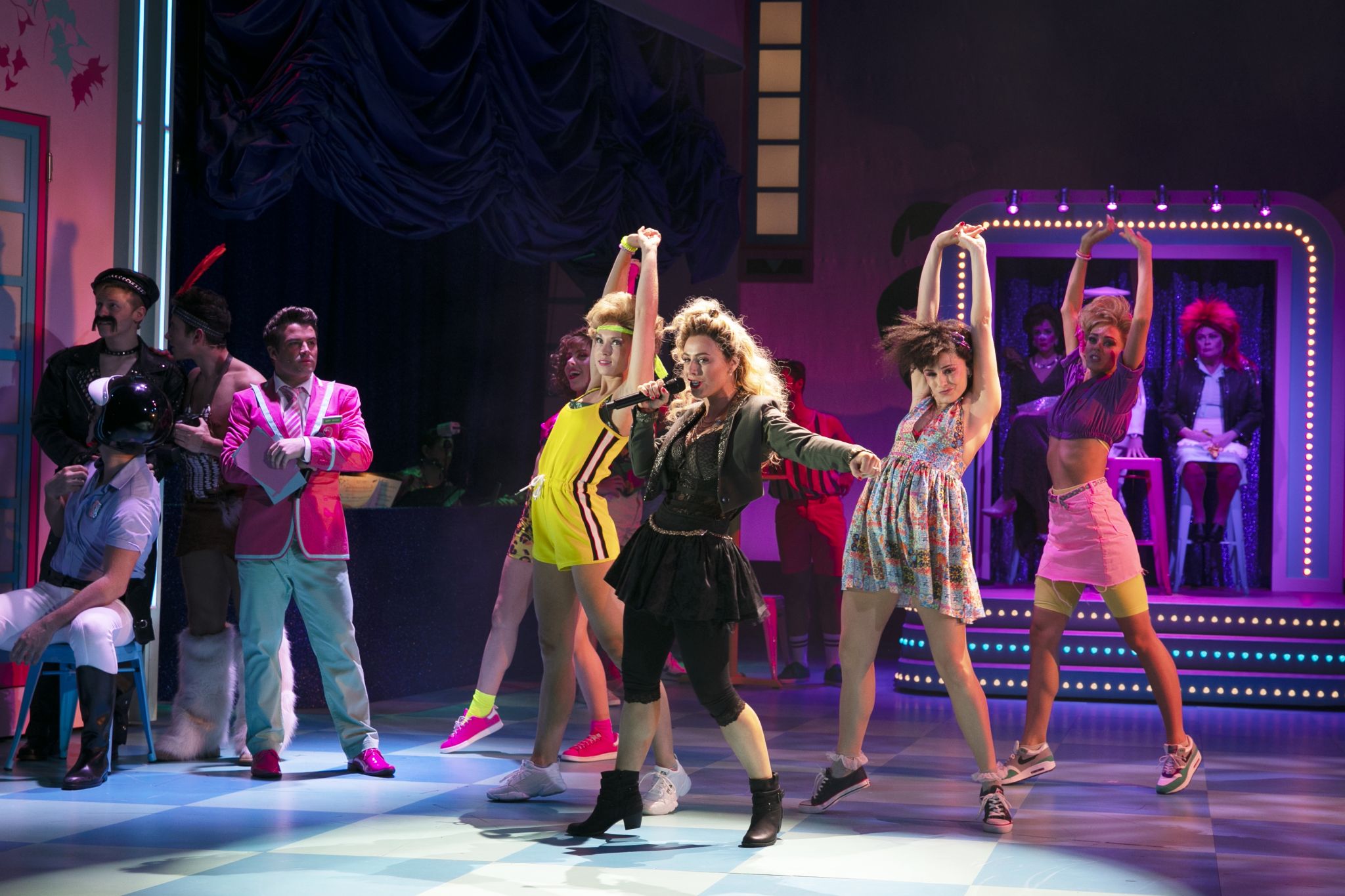 Also make sure you get up and have a little boogie once the show ends, as there are a few additional songs which you can get up and get involved with! It kind of made me wish I was born in the 1980’s!

Club Tropicana is at the Theatre Royal Brighton until Saturday 30th March 2019. Shows every evening at 7.45pm, and matinee shows Thursday & Saturday 2.30pm. Click HERE to book your first class tickets to Club Tropicana for your 5 star experience!