I absolutely love The Classic Thriller Theatre Company productions! They always have such good casts, and you can guarantee yourself it’s going to be a good show, and last night wasn’t any different! The Lady Vanishes which is based on the Hitchcock classic and was fantastic!

What’s it about?
Set in 1939 Austria, where Hitler and the Nazi regime is in full control of central Europe, an avalanche strands passengers waiting to return to London.

Passengers include a high court judge Eric (Mark Wynter), along with his mistress Margaret (Rosie Thomson) who are returning home after a rendezvous in Venice, and Charters (Denis Lill) and Caldicott (Ben Nealton) who seem to be fixated on cricket during the whole train ride. 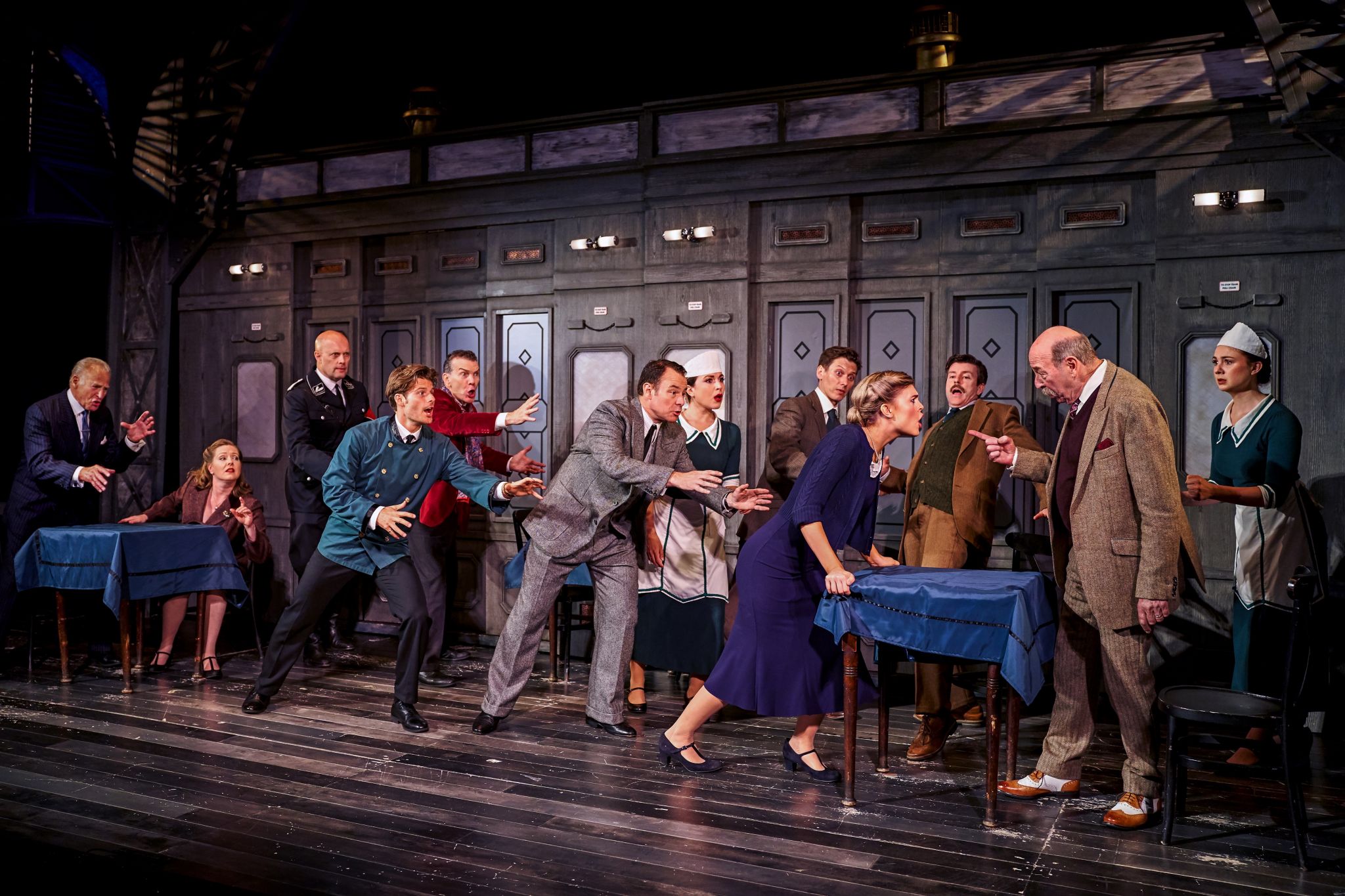 Iris Henderson (Scarlett Archer) a young beautiful English socialite discovers that her elderly travelling companion, the English governess Ms Froy (Gwen Taylor) who she boarded the train with, seems to have disappeared from the train.

When Iris’s fellow passengers deny ever having seen the governess, she enlists the help of the very reluctant musician Max (Nicholas Audsley), and the two proceed to search the train for clues to Ms Froy’s disappearance, and try to resolve this perplexing mystery.

Later on in the show you are introduced to Dr. Hartz (Andrew Lancel), a brain surgeon, who is insistent that Iris is suffering from concussion-related hallucinations, and Ms Froy doesn’t exist!

The play is based on Alfred Hitchcock’s 1938 British mystery thriller film The Lady Vanishes (which was based on the 1936 novel The Wheel Spins by Ethel Lina White) when the 1938 film was released, it was the most successful British film to that date, and is commonly referred to as one the best British films of all time – I am yet to see the film, but if it that kind of accolade associated to it, I’m sure I’ll be watching it very soon!

The set starts off with a backdrop of the Austrian train station, under Hitler’s control so Swastika banners, and officers patrolling the station, I loved how simple yet effective this set was, the attention to detail and smoke really added to the authenticity of what a 30s station would have been like. Once all passengers were back on the train, the set changes and gives the impression of a moving train, which I thought was done really well. Rather than just a standalone carriage, we basically got to see the gangway and multiple carriages (which was a nice way, to keep some stories separate). 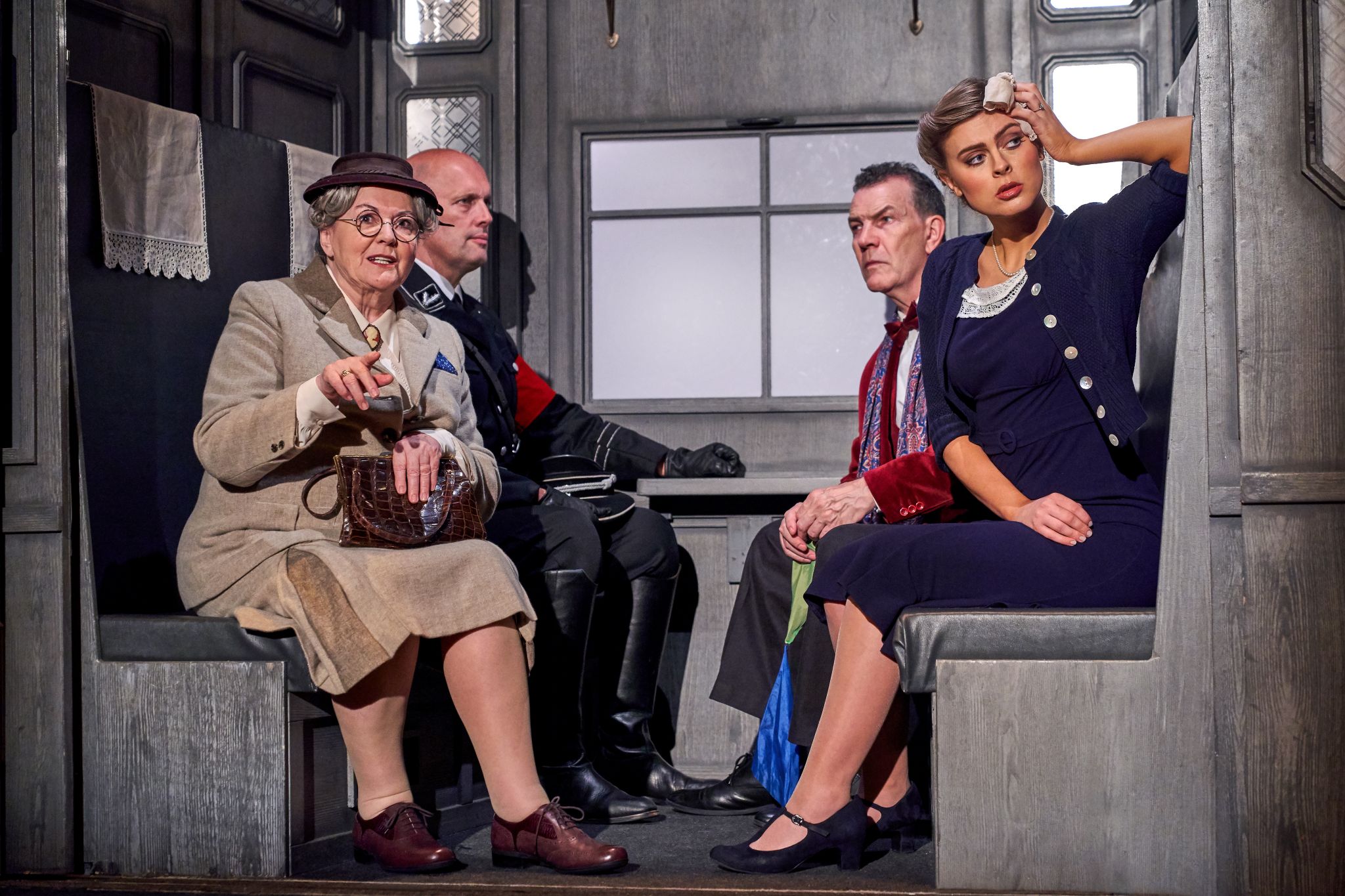 I don’t want to give too much away, as after all it is a mystery thriller! But what I can say is that I enjoyed it greatly! Scarlett Archer’s portrayal of Iris Henderson was fantastic, and it was great to see the chemistry on stage develop between characters Iris and Max, played by Nicholas Audsley. 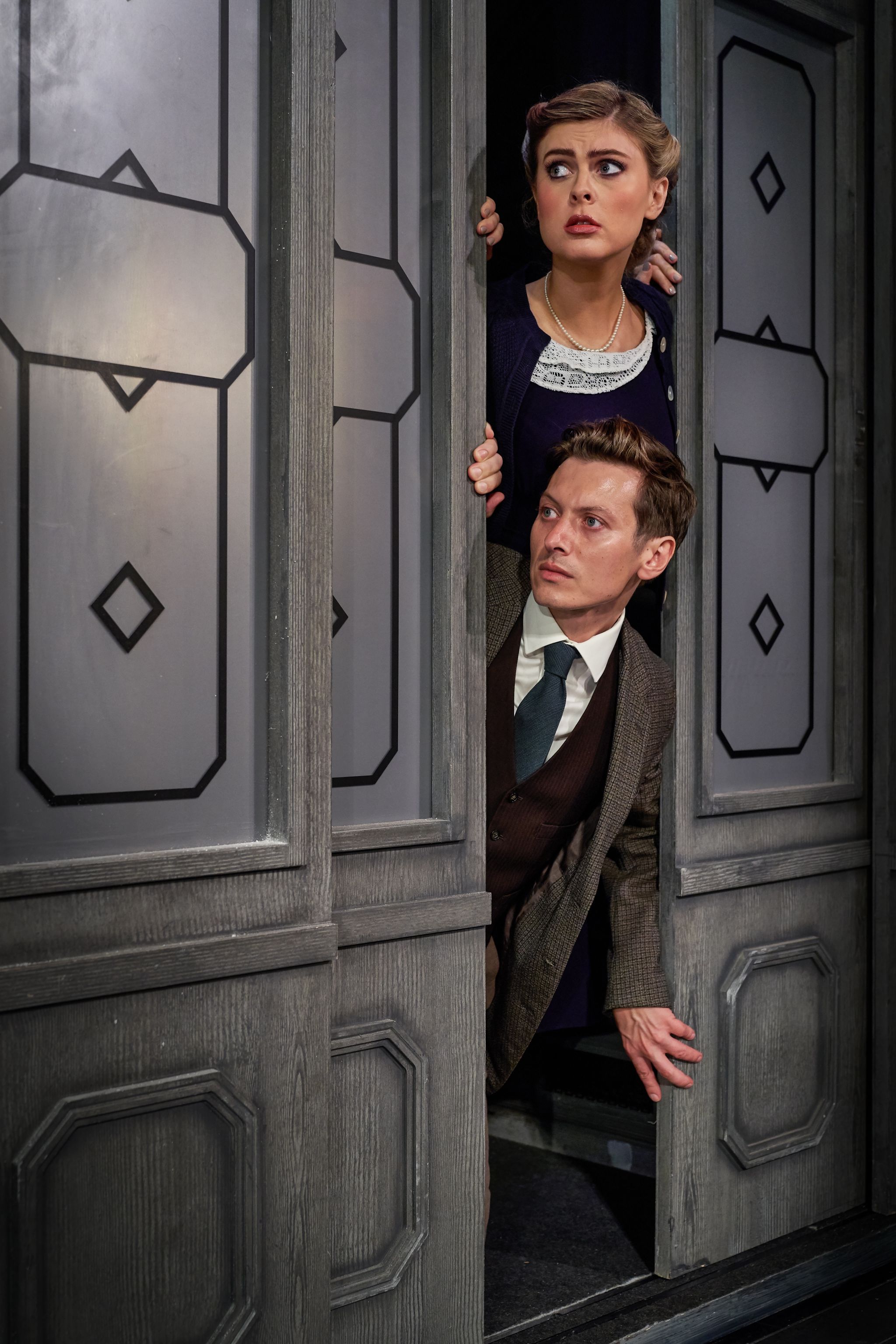 It was a show with truly great actors, and another fantastic Bill Kenwright presents, and The Classic Thriller Theatre Company production.

The Lady Vanishes is at the Theatre Royal Brighton, until Saturday 9th November 2019, with shows every evening at 7.45pm, and matinee shows Thursday & Saturday at 2.30pm. Click HERE to book and see if you can solve the mystery!