So Les Misérables is my all time favourite West End show which I’ve seen around 4 times now! So when I heard on the local radio that the Burgess Hill Musical Theatre Society (Youth Section) were producing there version of the show I had to get tickets!

This was my first time seeing a show by BHMTS and will certainly not be the last! I have seen many amateur shows but this by far was the BEST! I’m not even going to class it as an amateur dramatics performance as many of the cast could easily be on the West End!

I was basically expecting a concert type production, e.g. a stage with some backdrops and the actors coming on stage to perform their song . . . oh how wrong was I! It was a full production! The staging was excellent! If anyone has seen the West End or Broadway Les Mis show’s you will know the stage is very large with the barricade! BHMTS did a great job reenacting this! Also the lighting and sound was fantastic! 10000 x better than I was ever expecting!! 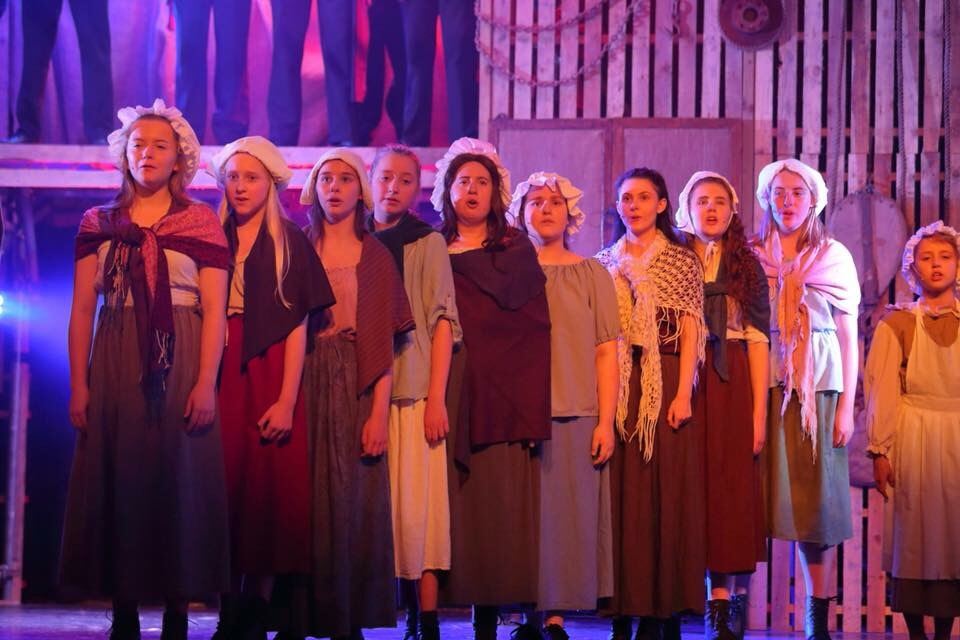 No corners were cut for this production, every scene was included and the casting was excellent! Like any show you have a standout star and for me that would have to have been Noah Jenkins as Javert! This man NEEDS to be on the West End! I think I preferred him as Javert compared to some of the actors I’ve seen portray this character on the West End! Also “Stars” is my favourite song from Les Mis and Noah did not disappoint! 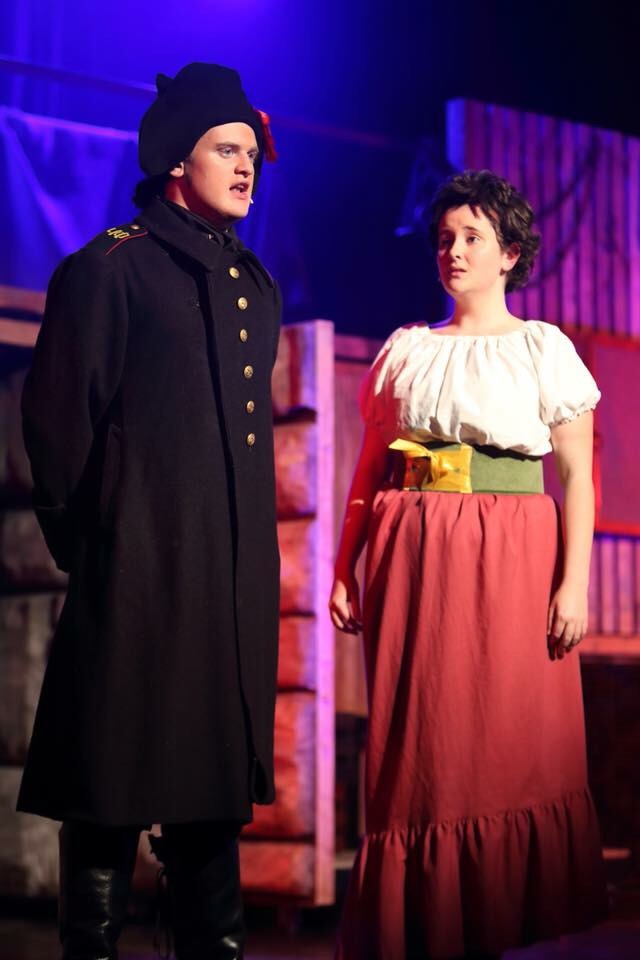 Abigail Taylor who played Madame Thénardier was absolutely fantastic! Her comedy and facial expressions had the whole audience laughing! Certain aspects and parts of the songs I thought would have been changed (due to it being a youth performance) but everything was kept in which I think made it even funnier! Bea Watkins as Eponine was incredible! I know Eponine doesn’t need to specifically look a certain way but if you’ve seen the film of Les Mis you will know that Samantha Jane Barks played the role of Eponine and I must say Bea Watkins is very similar looking and sounded just as good! 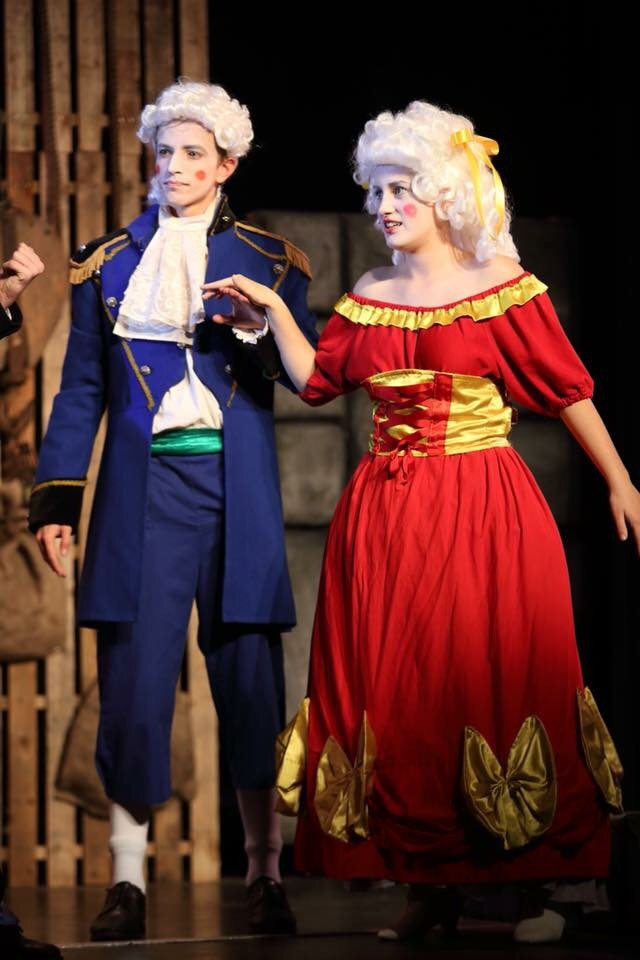 Some of my favourite scenes had to have been “Lovely Ladies” which always makes me laugh whenever I see Les Mis! The ensemble cast were excellent and must not be forgotten as these actors gel the show together! Also “Bring Him Home” was a great scene which featured the epic vocals of Gus Heydon-Corrie otherwise known as 24601 Jean Valjean! Also “A Little Fall Of Rain” with Adam Scott as Marius and Bea Watkins as Eponine was done so well! Bea’s final scene was epic (the acting blew my mind) and the casting of Adam Scott was 100% the right one as he suited the role perfectly! 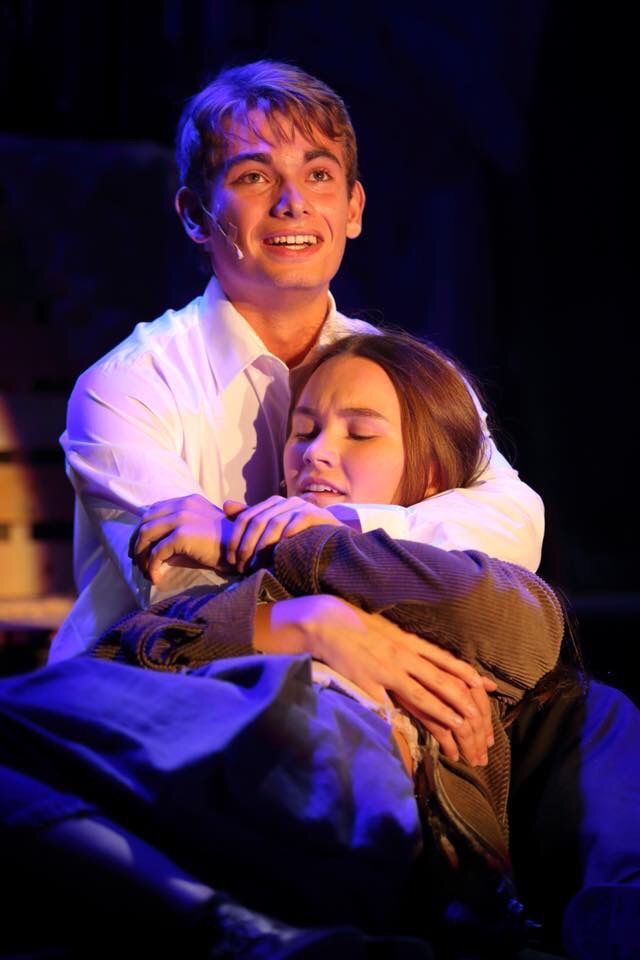 The show finished as always with the epilogue finale which ended with a standing ovation from the audience for what was the best show from an amateur theatre company I have ever seen! I cannot wait to see what BHMTS produce next! I’m gutted this was such a short run and that no one else will get the chance to see these truly talented actors in action! 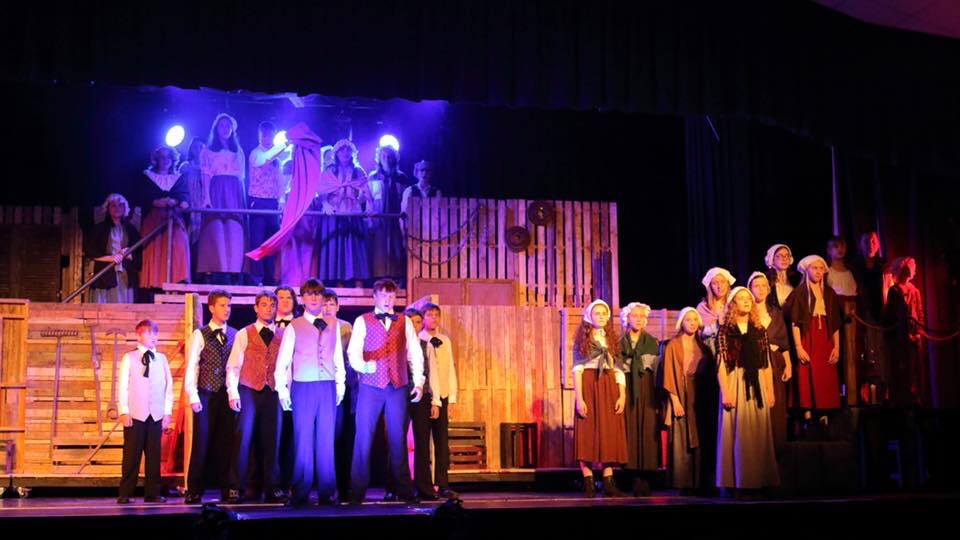 The whole cast was absolutely fantastic and they should be so proud of what they have achieved! Along with the crew and production team who pulled this together! Thank you BHMTS for not disappointing a huge Les Mis fan!