I am a HUGE Christmas fan! It’s literally my favourite time of the year without a shadow of doubt! So when I knew Rules For Living was coming to the Theatre Royal Brighton I couldn’t wait to get in the festive spirit!

As soon as we walked into the auditorium Christmas songs were playing, and the stage looked great! A living room/kitchen/dining area decked out with Christmas tree and tinsel. 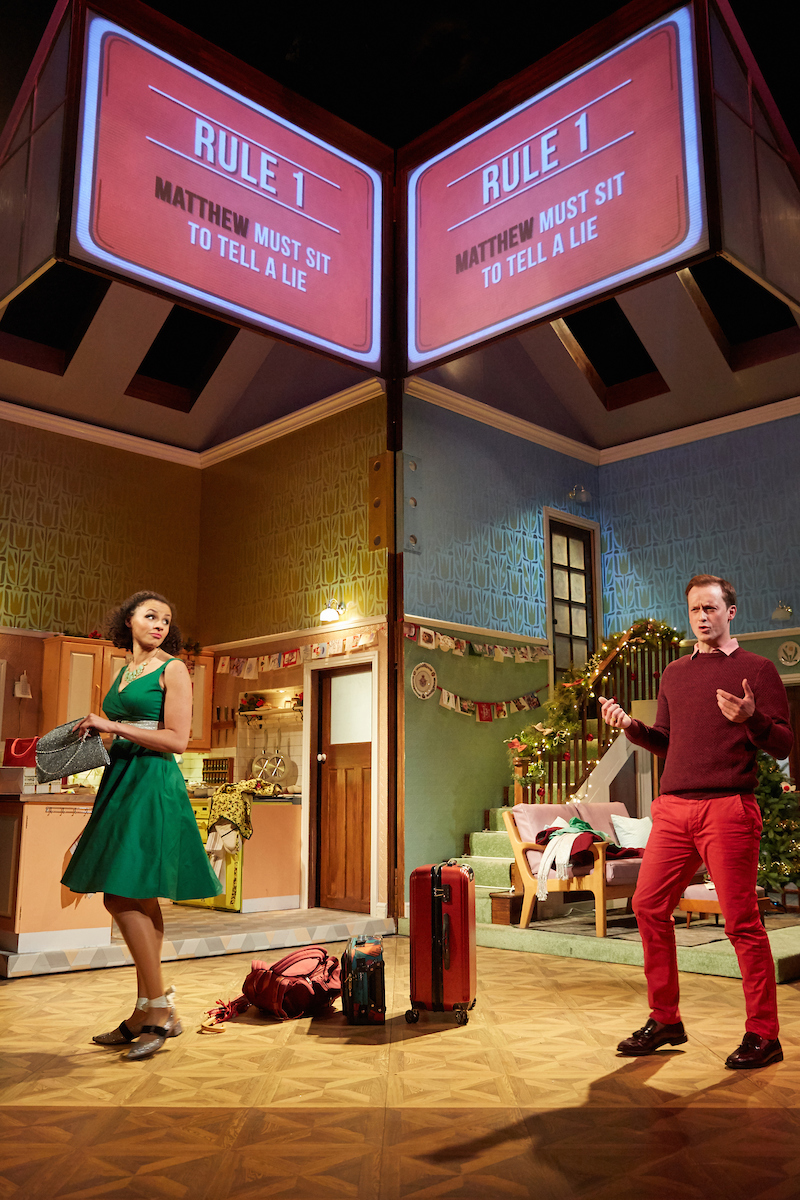 Whats it all about? Well its Christmas day and things are not going well . . . . you have the mother Edith, who is looking forward to a traditional Christmas lunch with her family, but Is there such thing as a Christmas dinner with no issues? I thought NOT! Francis the father has recently had a stroke and is in hospital, but has been let out for the day so the family gather . . . . the 2 sons Adam along with his wife Nicole and Matthew with his girlfriend Carrie.

The clue is in the name, but the family all have rules they must abide by and they are literally hilarious! And the way the rules are shown on stage is great! You are basically involved and know exactly why and what they need to do (a concept I’ve never seen on stage before)

Carlyss Peer who plays Carrie was literally hilarious! I don’t want to say too much but her rule legit had me in stitches and my stomach actually hurt from laughing! Make sure you watch her even when not directly in the scenes! Ed Hughes character Adam’s rule was also one of my favourites! 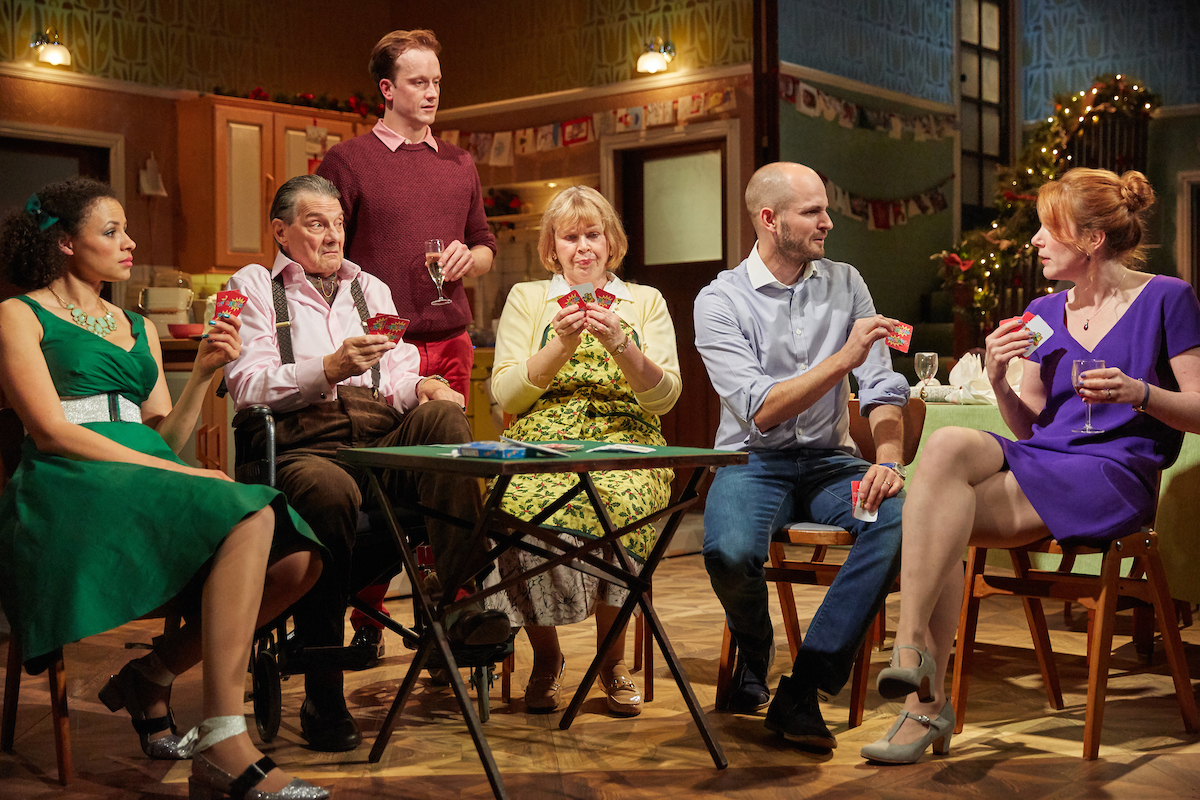 I absolutely loved Jane Booker as the mother of the household Edith, she is like a typical mum and sees the best in every situation! I could see a lot of people I know in the characters on stage which is why I think it works so well. You can see certain traits of your own family!

The final scene had the whole audience laughing and was truly hilarious! Everyone just goes crazy! When I left the theatre, I said that show could have been a mini TV series as it was that GOOD! I highly recommend it! If you love Christmas and have a dysfunctional family, then this is for you!

Rules For Living is at the Theatre Royal Brighton until Saturday 21st October 2017 with shows every evening at 7:45pm and matinee performances Thursday & Saturday at 2:30pm. Click HERE to book!