I’ll be the first to say I’m not a Cliff Richard fan in the slightest! However Summer Holiday the musical was awesome!

Based on the 1960’s film starring Cliff Richard, Summer Holiday has been turned into not only a musical, but the feel-good musical of the year as per the Daily Mail! 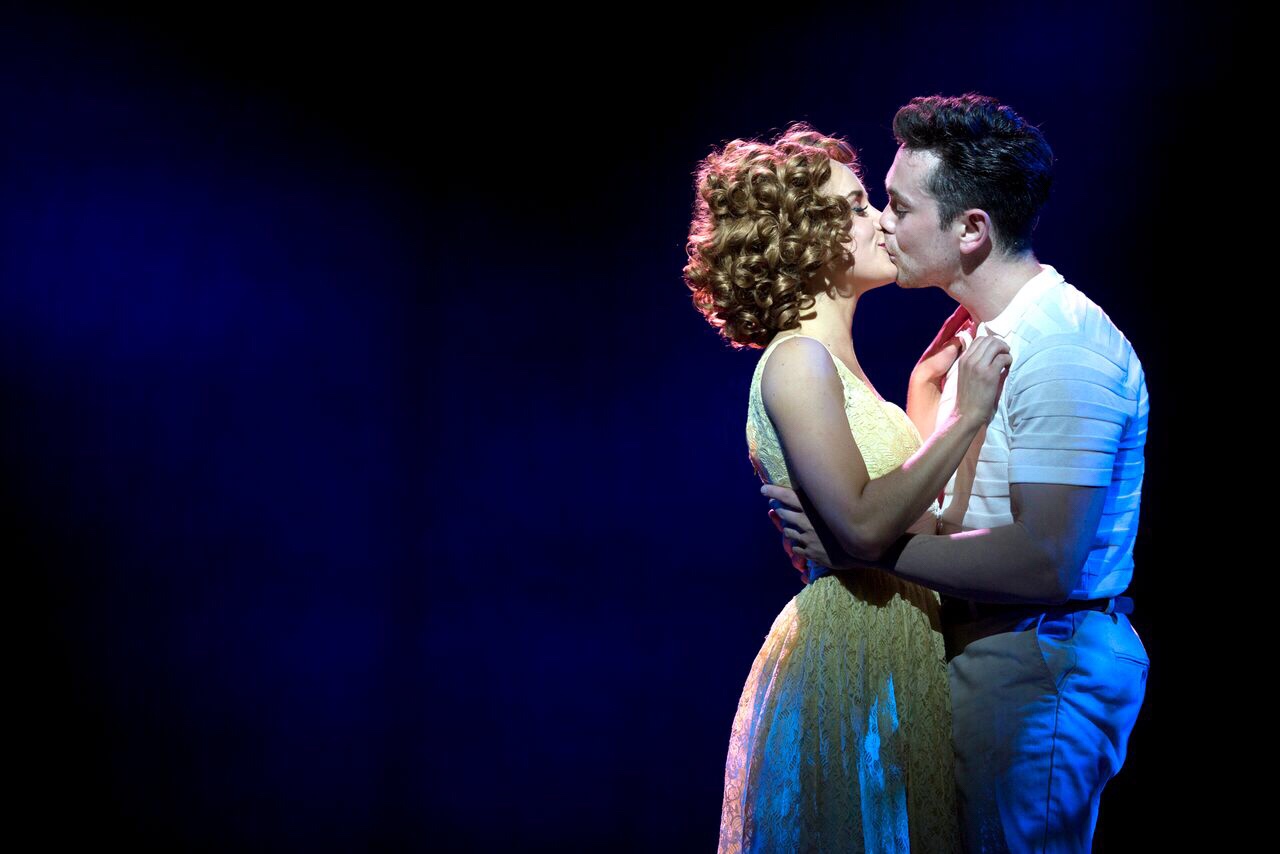 I didn’t know much about the story, other than the classic song! You know the one, “We’re all going on a summer holiday No more working for a week or two” which I remember singing at school weirdly.

So London Bus mechanics, Don, Steve, Edwin and Cyril are off on a lads holiday to St Tropez in a classic red London Bus they have got from Work, however en route they end up meeting a stranded girl band and an American singer on the way, meaning their final destination changes considerably and they end up visiting Paris, The Alps, Italy and finally Greece!

Ray Quinn famous for coming second in the 2006 series of the X Factor stars as Don (originally played by Cliff Richard in the 1963 film) Quinn normally has a very thick Liverpudlian accent however transformed this for his role! I normally hate when people try to put on southern accents, but I must say he sounded fantastic! The type of music in the show is Quinn’s style so each song was sung perfectly along with the very impressive dance moves! 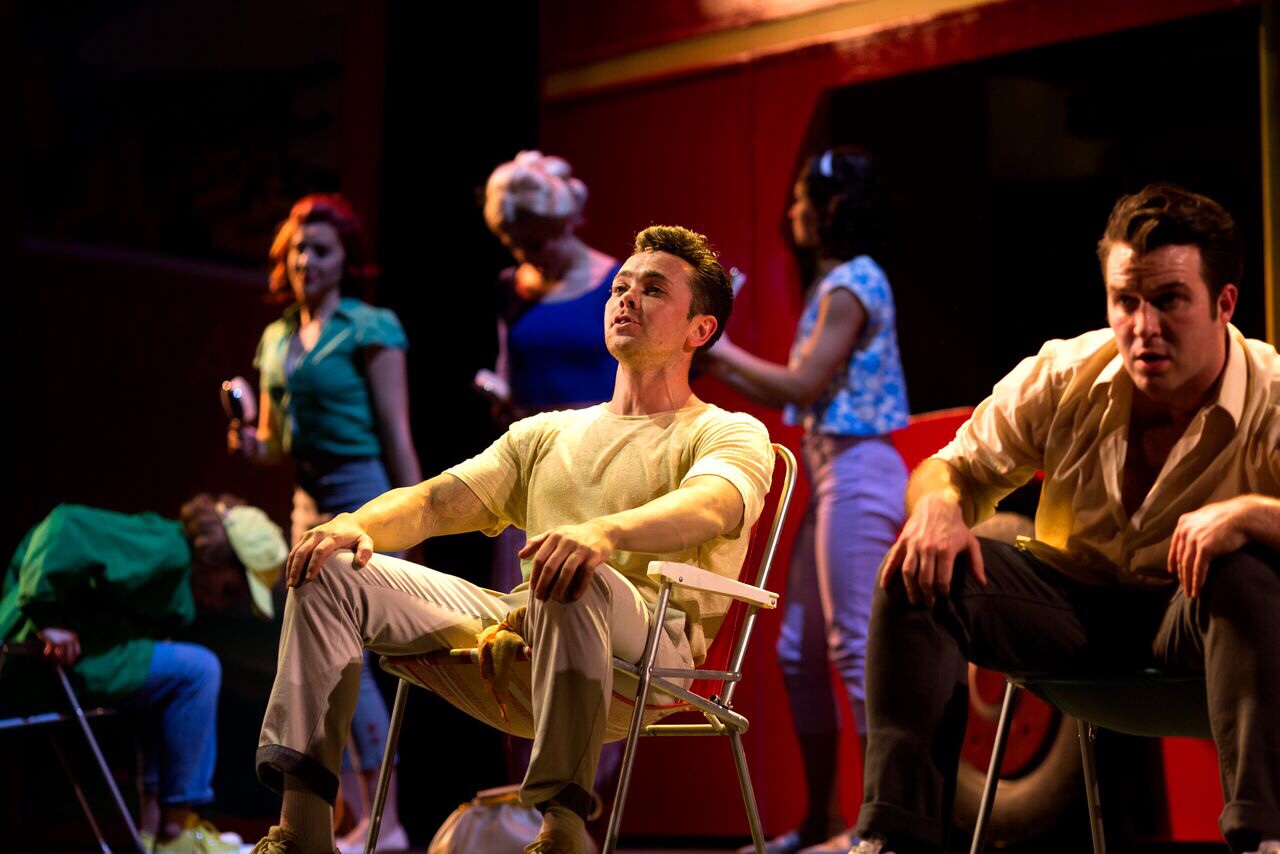 I know it’s inevitable you get the “main star of the show” who is the most famous, however Summer Holiday was so inclusive! Everyone was to the same calibre and got to show what they can do, and this I thought was fantastic! No rivalry just a feel good show with high energy and lots of laughs!

Steve played by Billy Roberts, Edwin (Joe Goldie) and Cyril (Rory Maguire) were hilarious! They really made the show for me and were all so different in their own right and each of them had lead songs/stories which they smashed!

The girl band was made up of Mimsie (Gabby Antrobus), Alma (Alice Baker) and Angie (Laura Marie Benson) and the singer they find on the way Barbara is played by Sophie Matthew – each one of these ladies had suburb voices and were exceptionally funny! 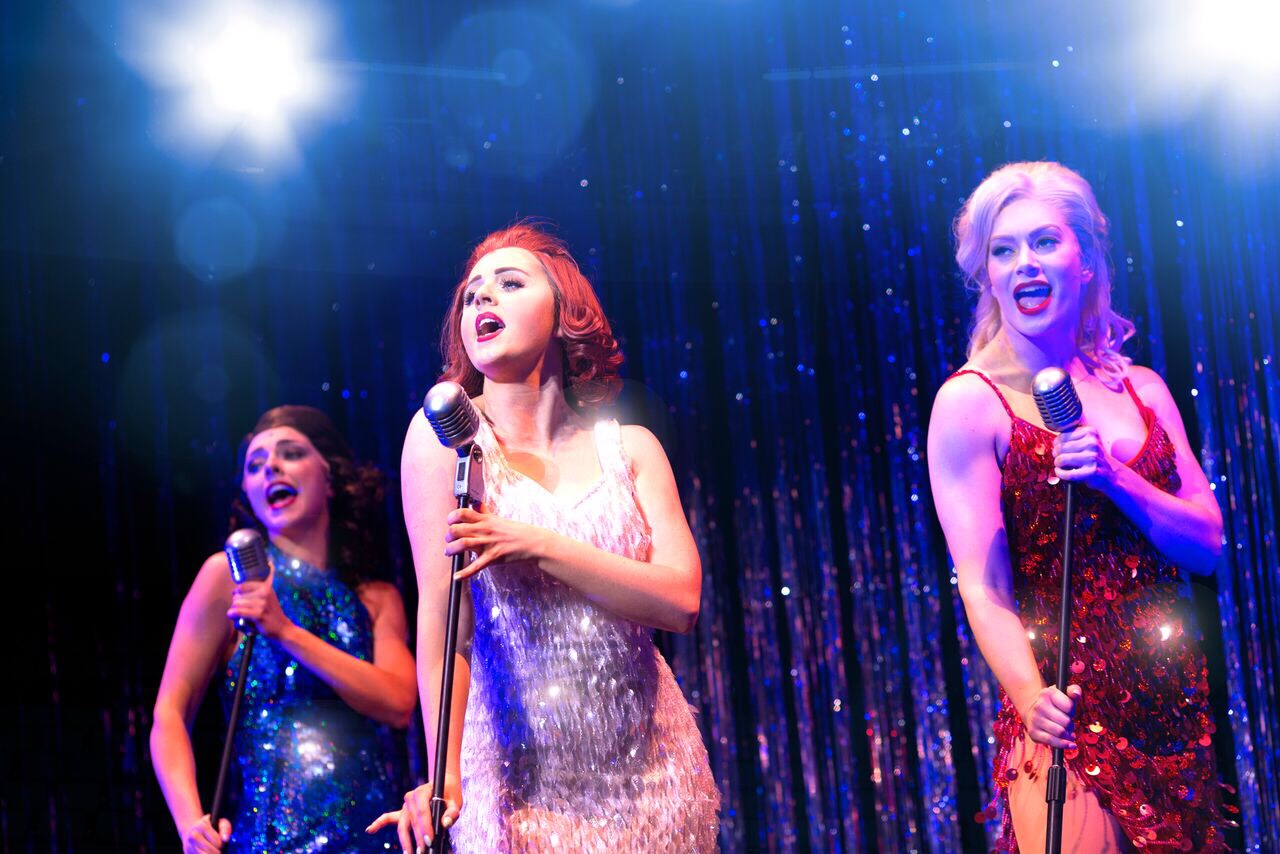 I also loved the characters Stella and Jerry played by Taryn Sudding and Wayne Smith! Stella is Barbara’s naggy Mother and Jerry is her agent! They were both fantastic and a great addition to the already side-splitting show!

Staging was fantastic! I bet your thinking how on earth did they get a London bus onto the stage? Well it obviously wasn’t a real bus but I’m pretty sure it was nearly the size of a double-decker bus! Such a great prop and worked really well on stage.

Summer Holiday is a fast paced fun and hilarious musical! The show ended with a well deserved standing ovation with the majority of the audience on their feet for the last few numbers! The man next to me was absolutely loving life!

This hit-filled musical includes classics such as In the Country, Summer Holiday, Bachelor Boy, Move It, Living Doll, The Young Ones and On the Beach so expect to me singing along to the majority of the show!

Summer Holiday is at the Theatre Royal Brighton until Saturday 21st July 2018 with shows at 7.30pm every evening, and matinees Wednesday and Saturday at 2.30pm. Click HERE to book your tickets and don’t miss Summer Holiday!

Summer Holiday is on tour! So if you aren’t in Brighton then check to see if its near you HERE!