If you’ve been reading my reviews for a while now, you will know I love a good “whodunnit” play, so was absolutely thrilled to see Agatha Christies play The Mousetrap was going to be gracing the Theatre Royal Brighton’s stage!

The murder mystery originally opened in London’s West End in 1952 and has been running ever since! The plays 25,000th performance took place in November 2012! If a play has been around for that long, you know it’s going to be good! Well it was written by the legend that is Agatha Christie, and she has written some phenomenal plays.

What’s it about?
Newly married husband and wife, Giles and Mollie Ralston open up their guest house for the first time to the general public! With their lack of experience, some rather odd guests, and the news that there has been a murder in nearby London, Giles and Mollie find themselves in a life-threatening situation!

With Monkswell Manor at full capacity, Mrs Boyle the hard-faced ex-magistrate, Mr Paravcini the late arrival, Christopher Wren the compulsive liar, Miss Casewell and Major Metcalf, what could go wrong I hear you ask? Well Monkswell receives a call from the Berkshire police to say that they are sending a Sergeant over ASAP as they fear Mr & Mrs Ralston and the guests are in danger!

Gwyneth Strong (who most of us will know as Rodney’s long-suffering wife Cassandra in Only Fools and Horses) plays Mrs Boyle, who starts complaining about the facilities as soon as the arrives and throughout! Nice to see Strong playing such a different role to her comedy days. 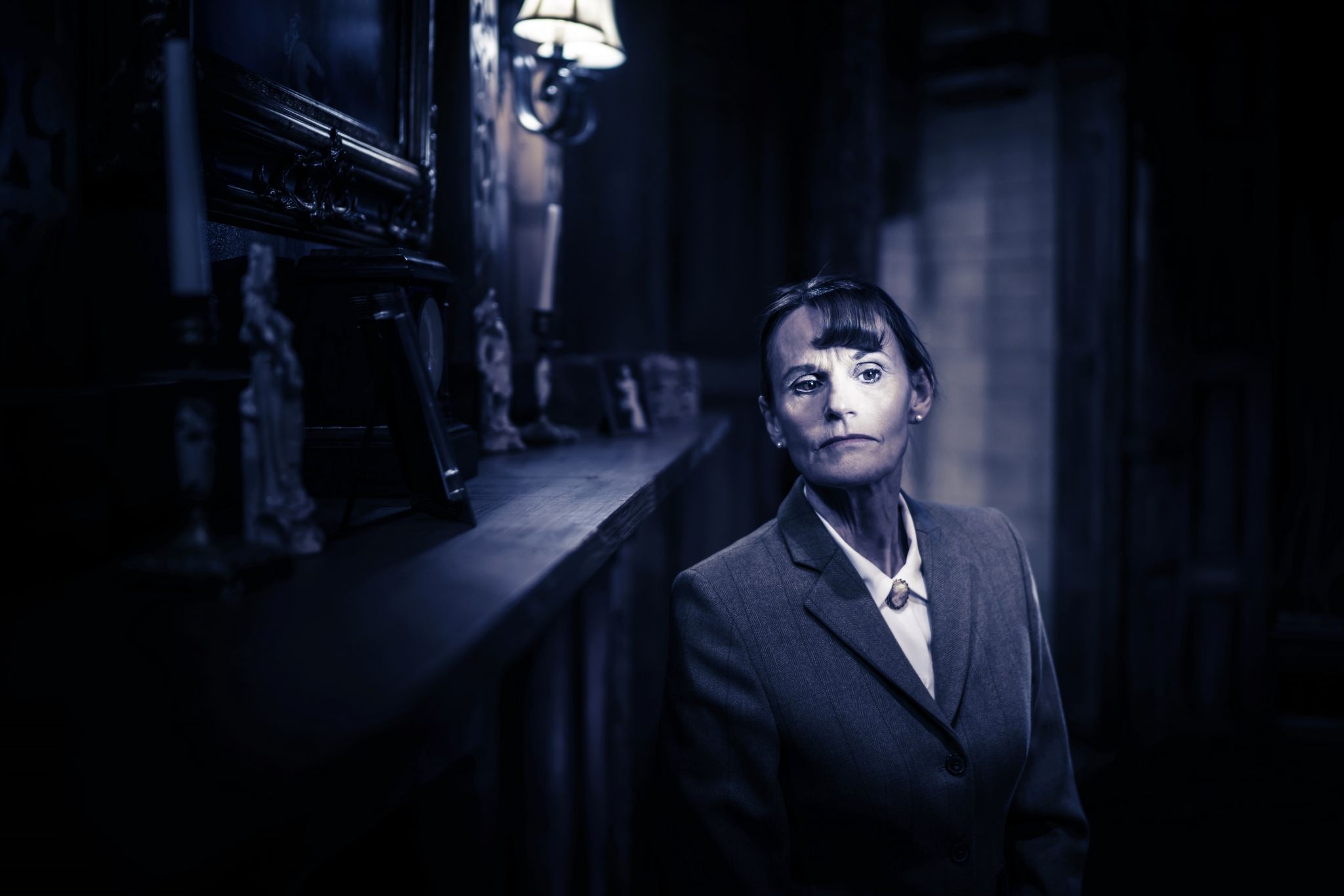 Someone who made me laugh throughout the whole play was Lewis Chandler who plays Christopher Wren! He reminded me of a young Rik Mayall in the Bottom days or Kenneth Williams from the Carry On films, was nice to have some comedy thrown in there! 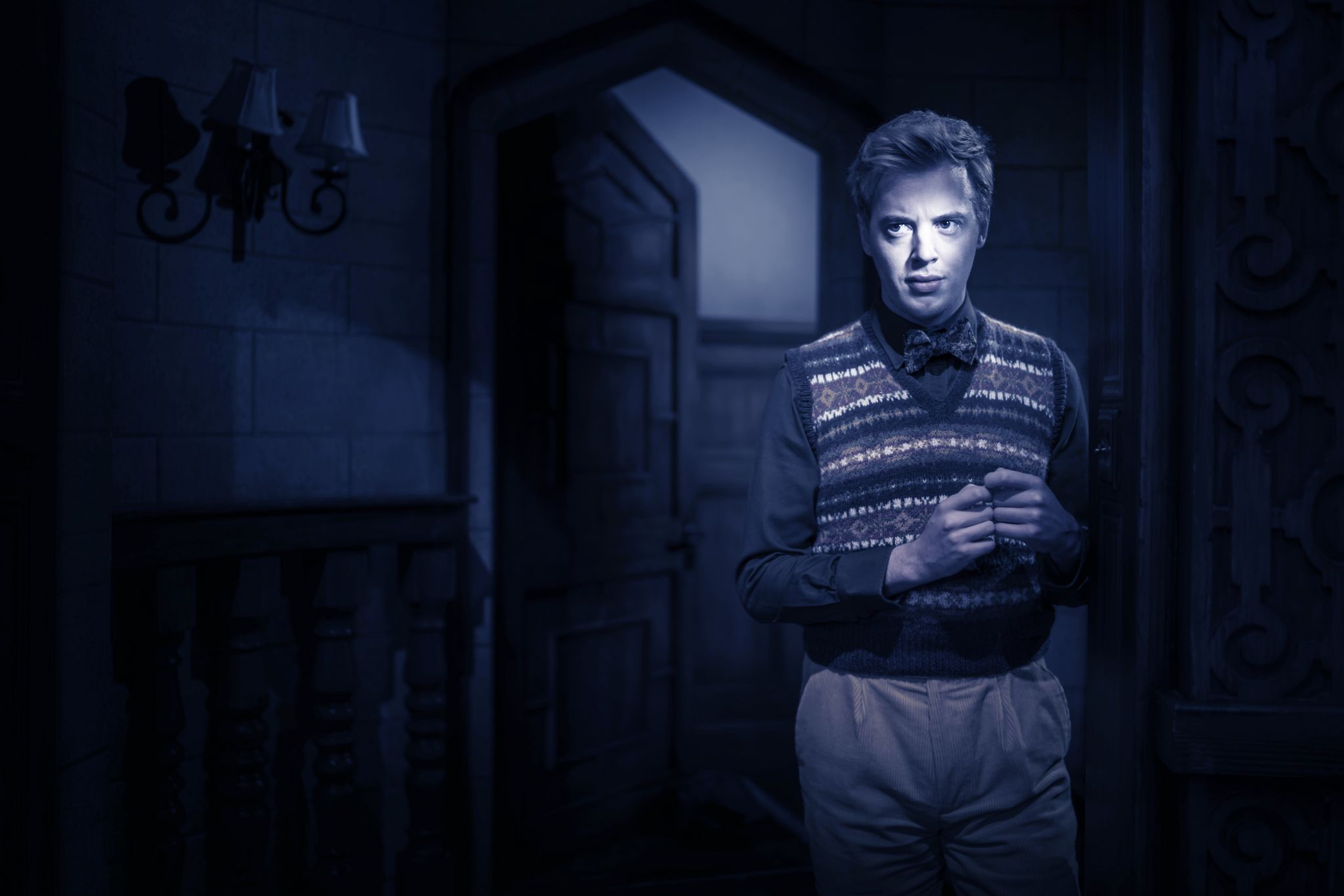 Once the Sergeant from Berkshire police arrives, the play turns into an interrogation, where everyone is a suspect! Who was murdered? Who was the murderer? What really happened? Well once the show ended, we were sworn to secrecy, so my lips are sealed!

Geoff Arnold plays Sergeant Trotter and does a fantastic job in getting the audience thinking! John Griffiths is a natural in his portrayal of ex-army Major Metcalf, and I absolutely loved David Alcock as Mr Paravcini the crazy old man!

Nick Biadon and Harriett Hare glue the show together in their role of Mr & Mrs Ralston and have a natural chemistry on stage. Saskia Vaigncourt-Strallen who plays Miss Casewell was the hardest character to read, which I think was the point so a sterling job!

Staging was very simple, the sitting area of the guest house, with multiple doors/entries, and a large window. No need for anything fancy, this play is all about the writing, dialogue and the story! I did love the costumes, the first 5 minutes of the play made me laugh (coats, hats and scarves) that’s all I’m saying!

The Mouse Trap is at the Theatre Royal Brighton until Saturday 6th July 2019. Shows every evening at 7.45pm, and a matinee shows Thursday & Saturday at 2.30pm. Click HERE to book you ticket and let me know if you guessed who the murderer was! But be sure not to ruin the surprise for anyone!