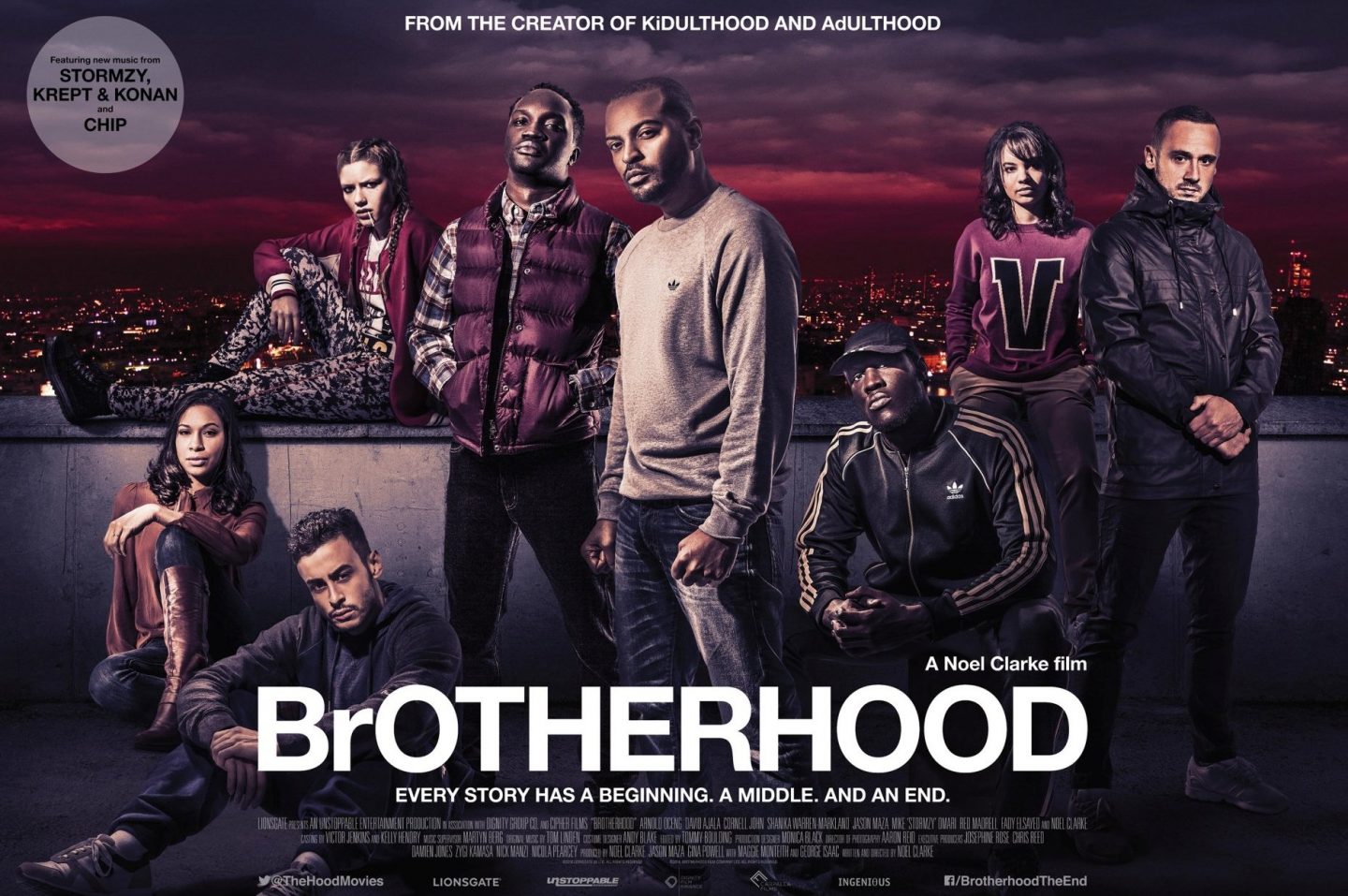 Back in 2006 at the tender age of 15 my favourite film at the time was KiDULTHOOD, a British drama about the life of a group of teenagers living in West London getting into all kinds of mischief. I loved this film as I was the same age as the characters and back then I was into the whole grime/hip hop scene e.g. The Streets, Dizzee Rascal, Akala you catch my drift!

The sequel AdULTHOOD was then released in 2008 staring a lot of the same cast but the characters were now 6 years older and still seeking revenge for what happened in KiDULTHOOD.

Now ten years later we welcome the release of BrOTHERHOOD, Noel Clarke’s last instalment of the story and I must say what an ending! You can really see how the characters have changed over the years and it literally couldn’t have ended any better.

Sam who is still suffering with the consequences from what happened in KiDULTHOOD is now a changed man, living with girlfriend Kayla (Shanika Warren-Markland) and there 2 children, but something happens which means he must revert back to his old ways, but will he go back?

The relationship between married couple Henry (Arnold Oceng) and Ashanti (Lashana Lynch) was hilarious! The whole cinema was laughing! There were also a few other comical moments in the film which was nice and broke up the seriousness of what was going on.

As I said back in my teens I loved the soundtrack to KiDULTHOOD and AdULTHOOD and again I loved the music featured in BrOTHERHOOD, it was a whole new genre and something I would listen to today.

Considering the film has been out a few days now, I was shocked at how many people were actually in the cinema! At least 80% full which is mad for a Thursday night! Even for massive box office films I never see more than 50% of seats taken up, so it just goes to show these films have a great following and everyone attending was a similar age to me so had obviously followed the films like I had.

I was lucky enough to meet Noel Clarke and Shanika Warren-Markland in 2012 when I worked on the film Clarke wrote/starred in The Knot, and I must say Clarke was a pleasure to watch both on-screen and behind the scenes. And Shanika Warren-Markland is also an excellent talent! I had a crush on her back in 2008 and I think seeing her in BrOTHERHOOD has reignited this! SO HOT!

One of my favourite Noel Clarke films is 4.3.2.1 which actually stars Warren-Markland as one of the leading roles alongside Emma Roberts, Tamsin Egerton and Ophelia Lovibond. If you haven’t seen this then you should defiantly check it out.

I would give BrOTHERHOOD a massive 10/10 it answered all questions and is now DONE! Another great piece of british cinema! I’m looking forward see what Noel Clarke puts his name to next!