This is one for the noughties kids! I attended the WORLD PREMIERE of What I Go To School For – The Busted Musical last night at the Theatre Royal Brighton where It stays until Saturday 20th August! Only 3 performances left!

Busted’s James Bourne and award-winning writer Elliot Davis have teamed up with the Youth Music Theatre UK to create this rocking extravaganza which features some of Busted’s biggest hits including Air Hostess, Crashed the Wedding and Year 3000 plus a host of brand new songs for the show! Bourne and Elliot’s first musical together “Loserville” was released in 2009 and went on to have a West End tour and was nominated for an Olivier Award! 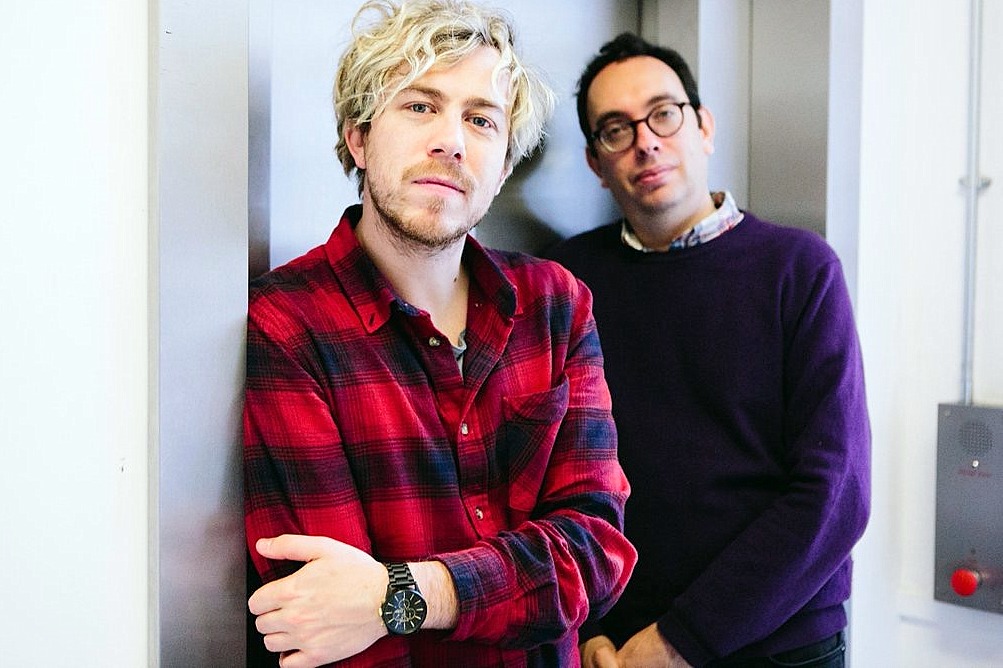 What I Go To School For – The Musical follows the story of James, Matt and Charlie who are desperate to escape their boring hometowns to form a band, that band being Busted! This fast paced witty musical tells Busted’s story from the very beginning and to its bitter end.

There was so much room for error due to the sheer amount of people and props on stage at one time, but I saw nothing! It was a great premiere performance and the performers literally looked like they had been doing it for months. The guys on stage are literally the UK’s future West End stars!

The show reminded me of the Small Faces musical “All or Nothing” which has the same format of musical story.

The show features 40 young performers and musicians from the Youth Music Theatre UK, aged between  11 and 21 who were chosen out of over 1,000 hopefuls who auditioned for the show.

What I Go To School For’s leading stars Joseph Riley (James), Zac Robinson (Matt) and Roman Lewis (Charlie) were phonominal and each truly took on the role of there character. James the geeky one, Matt the rebel and Charlie the rocker.

Jordan Walker who plays the (In-between Boy) had this to say “We were all so nervous for people to see it but the reception has been amazing!!” Which is very true, the audience were literally putty in there hands and the show finished with a standing ovation which was well deserved!

The Busted Musical is at Brighton’s Theatre Royal until Saturday 20th August with no further planned shows, which in my opinion is a travesty! This show needs picking up and given a full UK tour, there is nothing out there like this at the moment and I feel this would appeal to young children and the now teenagers who were Busted fans in the noughties!

Click here to book tickets before its too late!