ALL OR NOTHING – The ‘Mod’ Musical is based on the life and music of THE SMALL FACES, an East London band founded in 1965 by Steve Marriott, Ronnie Lane, Kenney Jones, and Jimmy Winston, Winston was replaced by Ian McLagan as the band’s keyboardist in 1966. I originally went into the theatre thinking I don’t actually know any of their songs, how wrong I was! I recognised them all and LOVED them, as I type this I’m currently downloading the Small Faces: Ultimate Collection which consists of 50 tracks, my favourites being ‘All Or Nothing’, ‘Lazy Sunday’ and ‘Itchycoo Park’ to name just a few!

The show has a “Christmas Carol” vibe about it, as narrator Steve Marriott is like Ebenezer Scrooge going back over the years to tell the story of the Small Faces. I had never seen this type of narration on stage before, but I thought it worked very well. Chris Simmons best known for playing DC Mickey Webb in ITVs The Bill was outstanding in this role and my god what a voice!

All Or Nothing was written by London’s very own East End girl Carol Harrison who’s acting roles include TVs Brush Strokes & EastEnders and the cult classic movie Human Traffic. Harrison also appears in the show as Steve Marriott’s mother Kay who I thought was hilarious! The final scene between her and Simmons nearly had me in tears as it was very emotional and highly applauded by the audience. 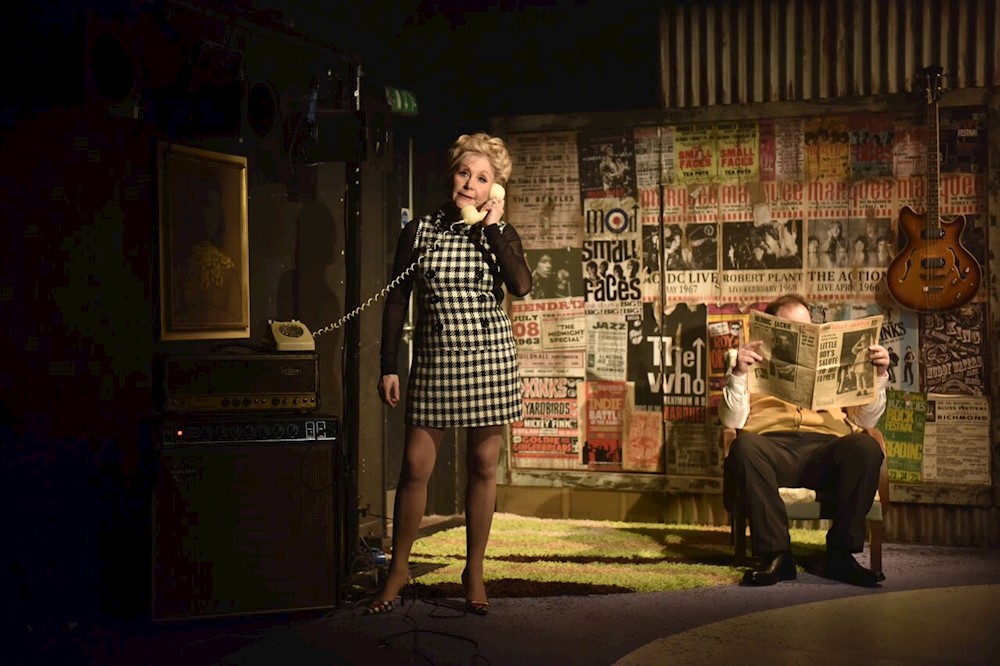 Mark Newham who plays young Steve was one of my favourite characters, his comical timing, hand gestures and cockney rhyming slang had myself and the whole audience in stitches. Daniel Beales and Russel Floyd who played several roles between them were also hilarious, especially Beale’s impressions of Tony Blackburn on Top Of The Pops! And if you are lucky enough to have tickets for All Or Nothing, look out for Dami Olukoya who plays several characters including PP Arnold, her facial expressions are priceless! The show covers the 4 years the band were together, highlighting the highs, the lows, the drugs, the girls and the sensational split on New Year’s Eve 1968 at the Alexandra Palace.

If you want to turn back time and visit the roaring 60s then I 100% suggest you see this show, also for MOD newbies like me it’s a great show to see and will open your eyes to a whole new “old” genre of music. If only I had a time machine I would of definitely gone back in time to a Small Faces performance, and stopped off at a few clothing stores as I love the 60s fashion!

Carol Harrison should be so proud of this masterpiece she has created, I went in a 90s man and came out a 60s lover!