When I first heard Jennifer Saunders was going to be on stage in Brighton I was overjoyed. Obviously Saunders is most famous for being 1 half of French and Saunders and for her fantastic and hilarious portrayal of Edina Monsoon in Absolutely Fabulous! 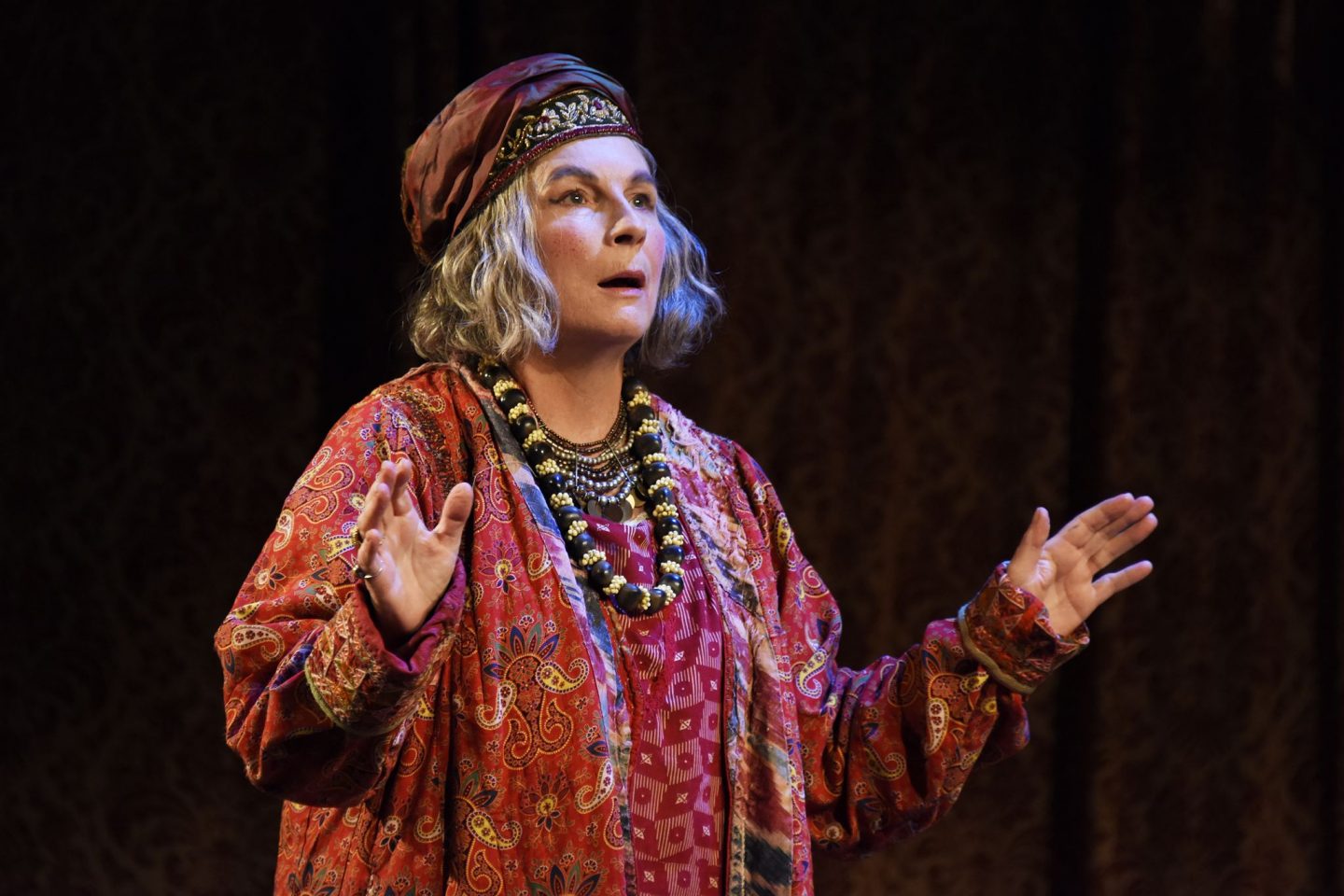 But I must say, I was a little underwhelmed by Blithe Spirit . . . I just don’t think I got some of the comedy . . . maybe due to my age but some of it I just wasn’t laughing at like everyone else!

It’s a comic play by the legend Noël Coward, and centres around socialite and novelist Charles Condomine (Geoffrey Streatfield) and his wife Ruth (Lisa Dillon), who invite Madame Arcati (Jennifer Saunders) the crazy clairvoyant round to their country home to conduct a séance! However Madame Arcati end ups brining Charles’s dead wife back from the dead!

Jennifer Saunders was fantastic in this role, as soon as she walked out onto the stage she received a round of applause from the audience, and that was before she had even said a word! Just her presence, the way she moved her body and worked the stage had everyone in fits of laughter (me included). 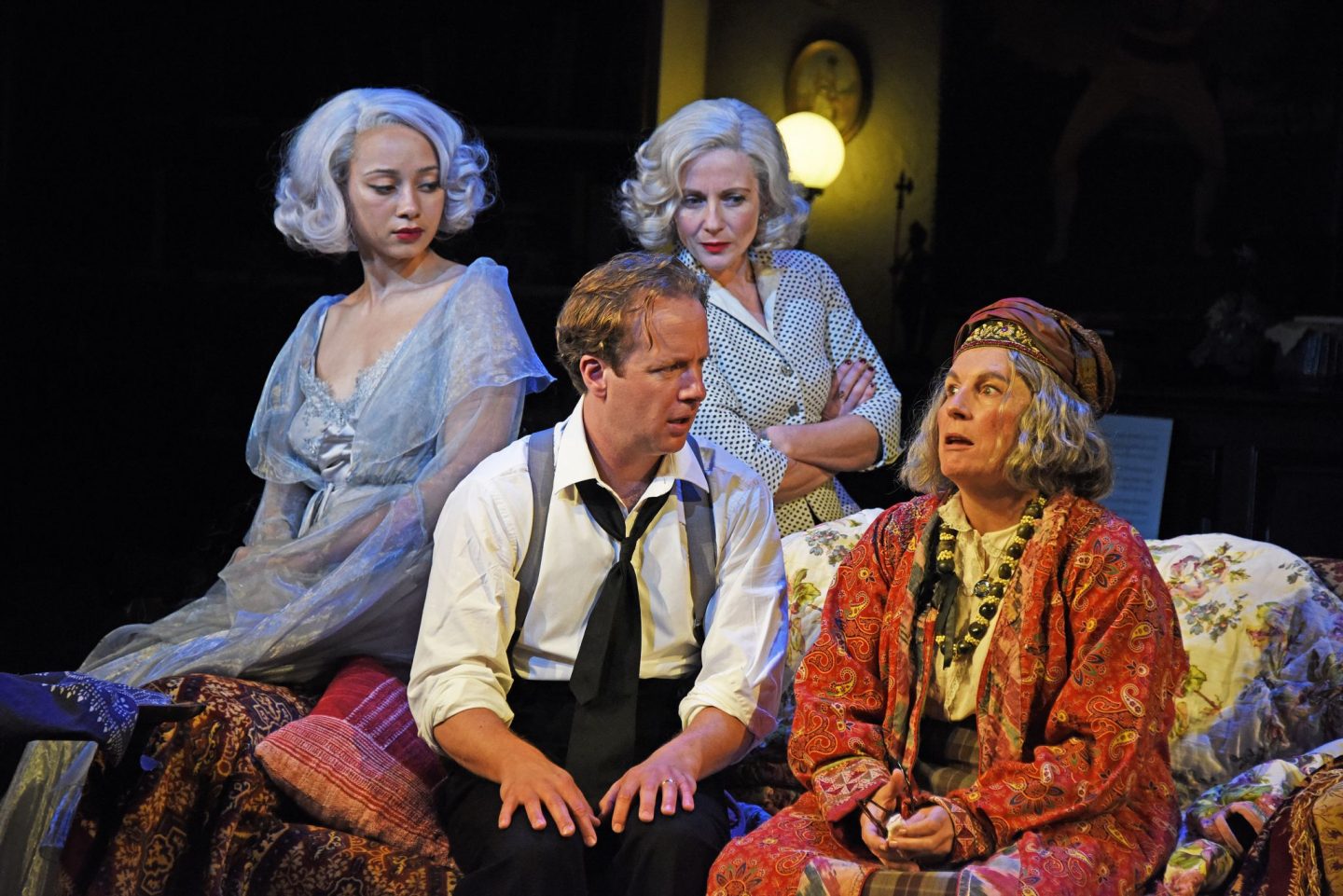 The play is 2 hours 30 minutes (including the interview) but personally I think it could have been an hour, and would have been a lot faster and funnier . . . it seemed when Saunders wasn’t on stage, it kind of lost its way a little.

The set I thought was absolutely fantastic! It was a grand sitting room, mahogany wood and books galore. The set didn’t change throughout the play, which may be the reason I got a little bored . . . but the quality of the set was incredible – and the last scene in particular the set really comes to life, and for me was the best part.

Charles and Ruth have a house maid, Edith (Rose Wardlaw) who was hilarious! From the dialogue on stage, I think she must have some kind of military background as the way she runs around the house getting jobs done “yes sir” had the whole audience laughing. Her awkwardness was amazing, LOVED when she was on stage! 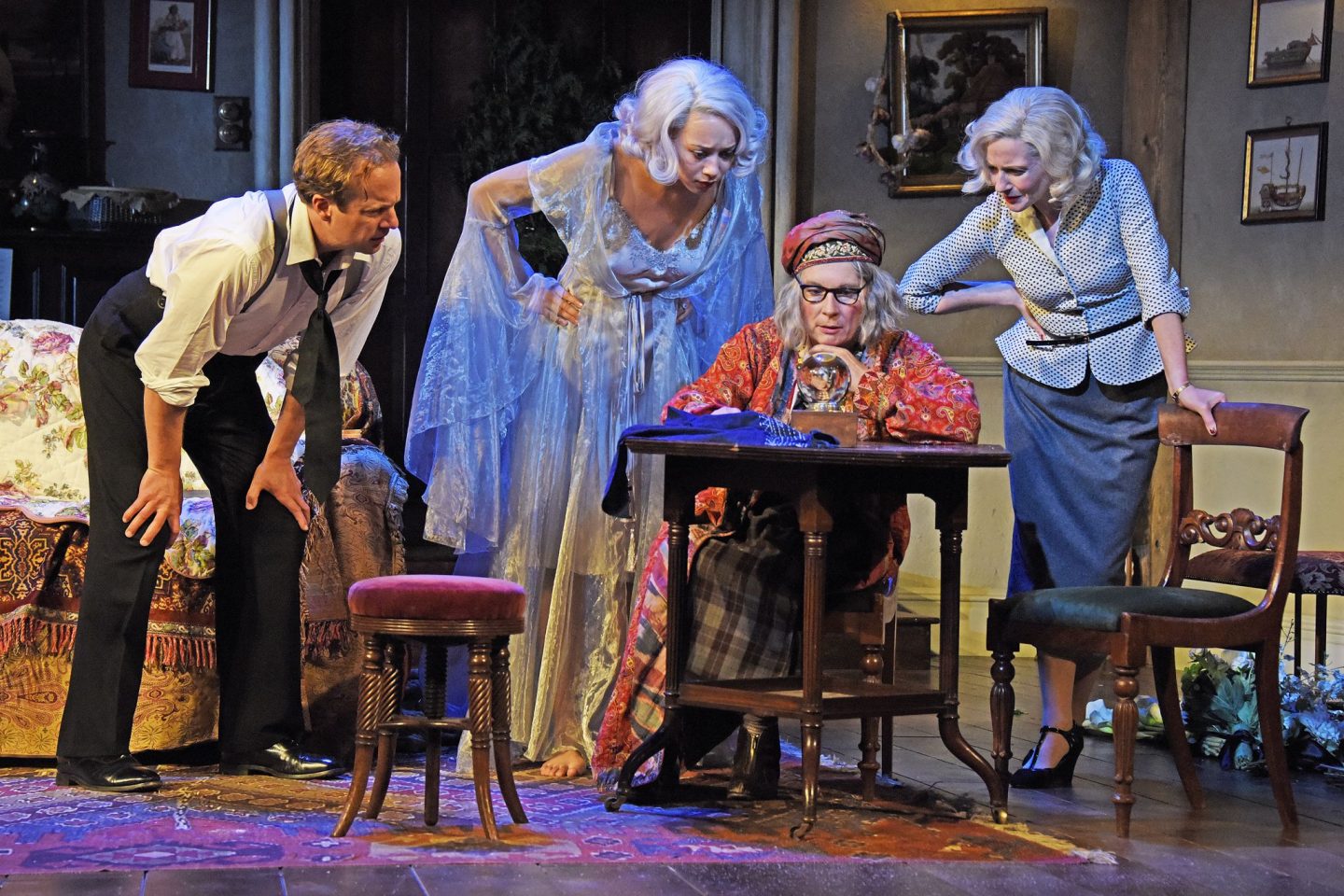 So all in all, Saunders and Wardlaw were hilarious, but I just don’t think I got it like everyone else . . . the packed out show ended with a standing ovation, so I personally just think this wasn’t for me. But everyone else seemed to LOVE it! So don’t let my view put you off seeing this and making your own mind up. It’s definitely worth seeing, just to see Saunders on stage.

Blithe Spirit is only at the Theatre Royal Brighton until Saturday 25th January 2020! Click HERE to book! Show at 7.45pm – the play is also touring in Feb & March so look out for it at a theatre near you!