Can you believe Modish Male is now over a year old! How time has flown! I never thought I’d still be blogging if I’m totally honest but I’m so glad I’ve managed to stick it out!

I’m a year down the line and still only a handful of people actually know I blog! My parents, some family and about 4 friends! I’m not sure what worries me about telling people but I kind of like keeping it a secret.

The BEST thing about blogging has got to be the people I have met and the things I’ve been able to do through blogging. I’ve never had the largest group on friends so talking to so many like-minded people online has kind of been a saviour for me. These people don’t realise how happy they make me when they interact with me and have a LOL!

Like I said I’ve done a lot and met a lot of people so here are some of my favourite photos and the back story behind each picture!

Vuelio Blog Awards 2016 –
Probably the most lavish blogger event I’ve been to! Pictured above is myself along with Phil from Gentleman Project & Ed from The Discerning Man! The day didn’t start very well . . I got a little excited and drank a bit too much in the day time when I met up with Phil and spent most of the afternoon feeling sick while Phil shopped for his tie LOL. Funny thing is I ended up collecting an award on behalf of someone as they weren’t there and this year I’ve actually been nominated for an award myself! Best Newcomer 2017! How crazy is that! So I’ll be attending the awards again this year! 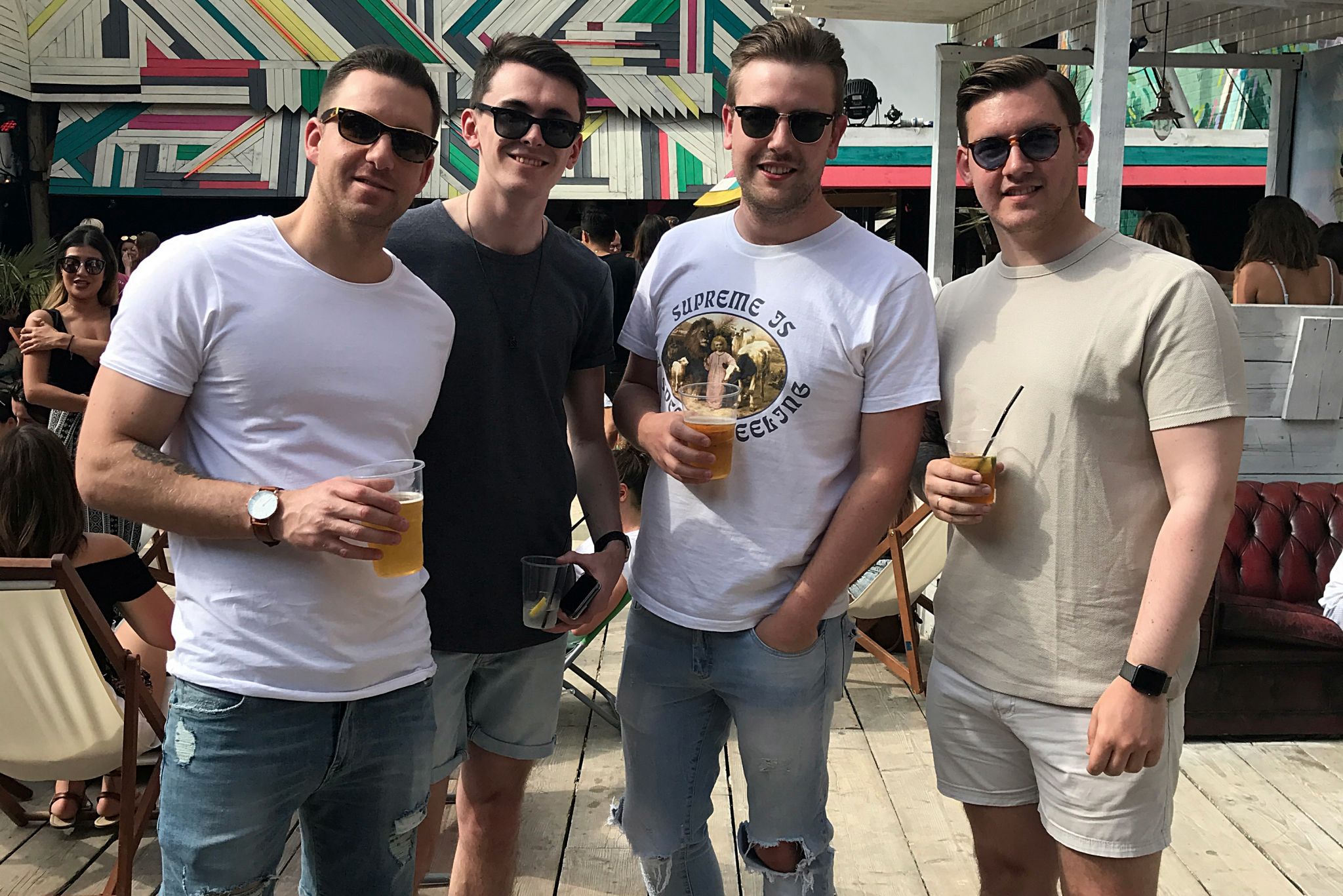 Blogger Boys take on London –
What do you get when 4 bloggers from all different parts of the country meet up? A bloody GOOD weekend! In June I met up with Robbie from The Middle Aged Man (who I’d already met in his native Glasgow) Sam from Sam Squire (who I had met a few weeks before when we both went to Radio 1’s Big Weekend and last but not least Ste from Style Fade who I had never met face to face but is now my northern best friend (only person I know up north). The weekend was probably one of the best I’ve ever had! Full of dancing, music, drinking and taking the piss out of each other! October will see me reunite with Robbie & Sam when we hit up Ibiza and I’ll be seeing Ste in December for Harry Potter in LANDAAN!

Soton Bloggers Christmas Meet Up –
Ok where do I even begin . . just look at the state of us haha. Alice who runs Soton Bloggers and blogs over on Annie Writes Beauty kindly invited me to one of their events in November 2016 which involved dressing up like a tit but I loved it! Just look at the turkey costume! Was great to finally meet the Soton Bloggers especially Alice and her other half and fellow male blogger and friend Arran who blogs over on Halo Of Thoughts I have seen them both since and can’t wait to see them again (next time I see them they will be a 3 as I’m sure baby spake will have arrived by then!) Also sorry Brogan, I had to include our photo LOL (if you don’t know Brogan she is a vlogger extraordinaire and you should subscribe to her YouTube channel! 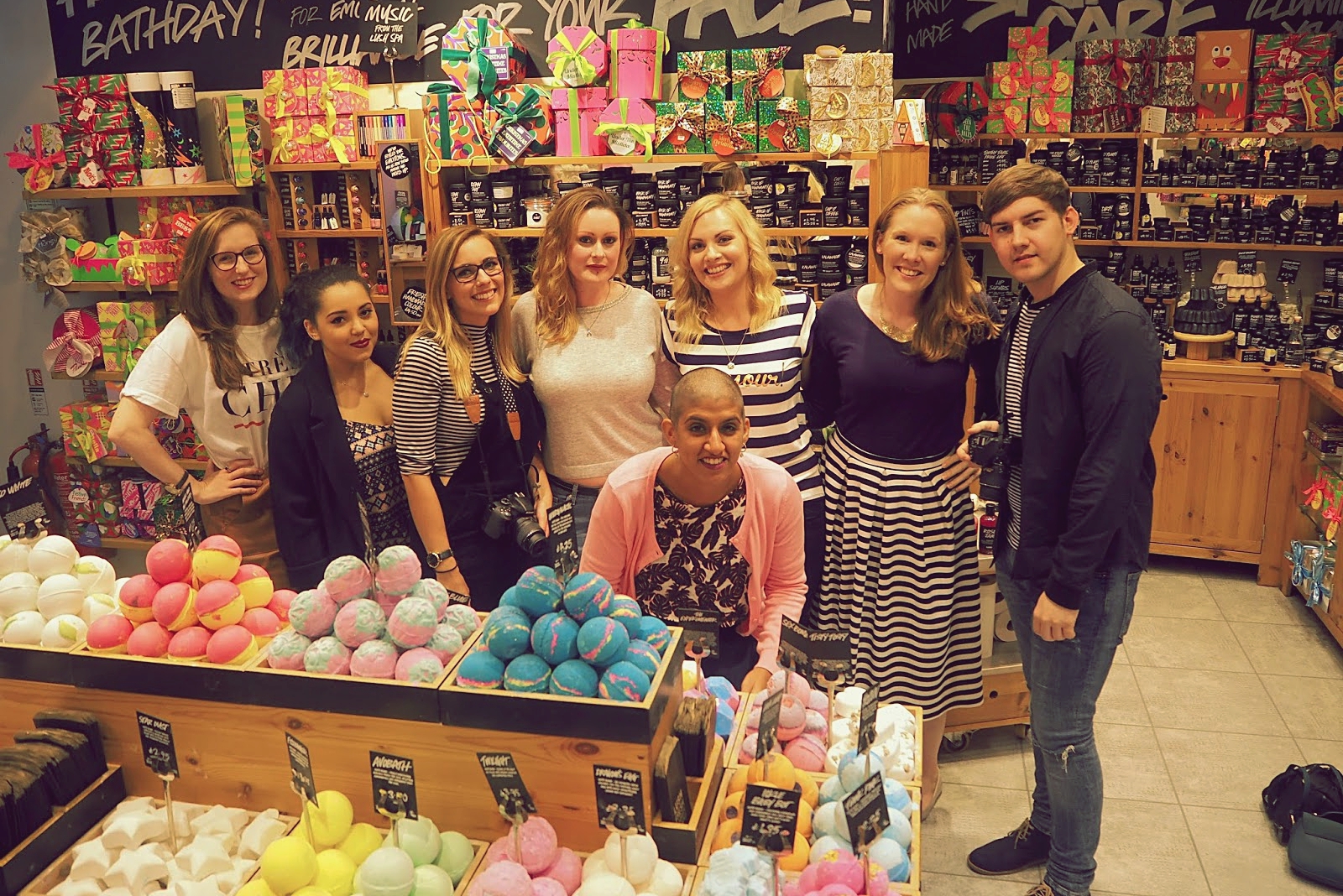 My Brighton Bloggers –
I can’t create a post about my first year of blogging without mentioning my local bloggers! The events are few and far between in Brighton but whenever one pops up I can always rely on one of the above to be there! Especially Holly from Golly Miss Holly who I’ve met a few times now and cracks me up every time I see her! Also Tania from TeaBeeBlog who is a dirty bitch (she calls herself that!) who is hilarious! Also Katie from Katie Kirk Loves is also a regular on the Brighton blogging scene! So many other Brighton bloggers I still need to meet (I really want to organise some kind of Brighton blogger meet up!)

Radio 1’s Big Weekend –
A very memorable weekend! Not only for the great music but for the 3rd degree burns I sustained to my fucking forehead from NOT using sun cream like an absolute dick! I went to the festival with Sam who topped up on some sun cream every few hours . .  I thought it was because he was pale AF but no it’s because he didn’t want to have to take antibiotics for the next week due to a skin infection LOL – this was a great GREAT weekend in Hull! Not so much the being in Hull part, but the festival was insane!

As you can see from the above, these are just a handful of memories from the last year, every single one I will remember for the rest of my life and I’ll be making SO many more memories in the years to come!

Along with meeting some amazing people, I’ve also worked with some amazing brands and been to some awesome events including attending London Fashion Week, being invited to Radio One’s Big Weekend and working with the likes of New Look and The Body Shop to name a few! I am so thankful for all the brands who have worked with Modish Male over the last year!

Also a MASSIVE thank you to anyone who has ever read one of my blog posts, liked or RT anything on SM or generally interacted with me in any form or another! It’s been a great year and I’m looking forward to many more years! End of soppy post!