Last night I attended the press night of “A Judgement In Stone” at The Hawth in Crawley! I love anything murder related or “Who Did It” mysteries so was really looking forward to the play which I thought was Fantastic and I urge you all to see it!

As I said its a “Who Did It” but don’t worry I won’t be telling you the murderer in this review! You will have to buy a ticket and find out for yourself! During the play I was trying to speculate who it could be, but I was way way out! If anyone has seen the show please comment and let me know if you guessed right (but PLEASE do not give it away!) 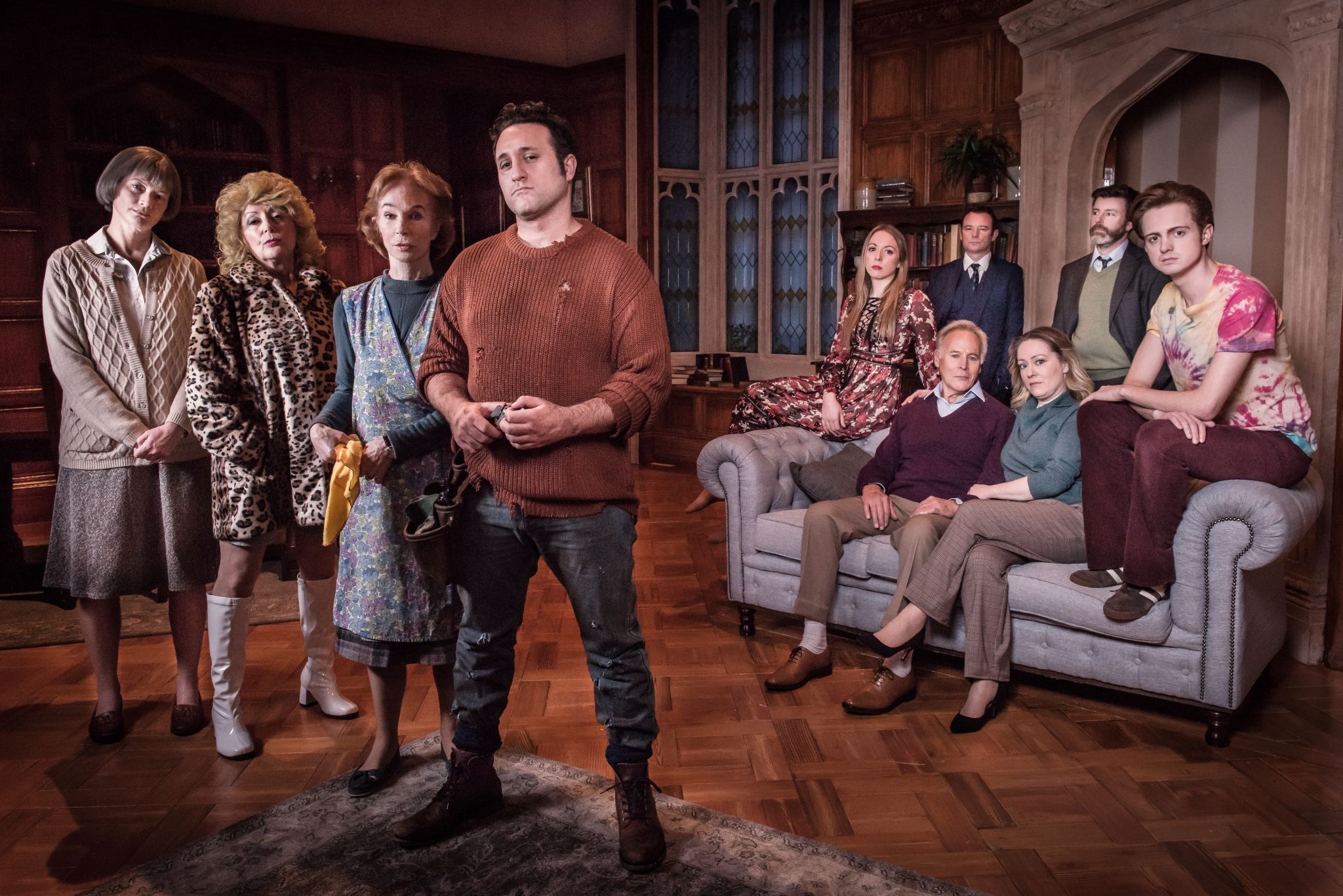 What is it about?
Eunice struggles to fit in when she joins a wealthy family as their housekeeper, and when the whole family end up being murdered in cold blood on valentine’s day its down to Detective Superintendent Vetch and Detective Sargent Challoner to solve the case! Ruth Rendell’s brilliant plot unravels a lifetime of deceit, despair and cover-ups which, when revealed, brings a shocking revelation almost as grizzly as murder itself.

I’m all about the stage setting and this one in particular was great! Set in an old country house living/dining room the way the scenes were made to look different via light changes were fantastic. The scenes kind of overlapped, which as reading this you will probably think “how did that work?” Well it did . . . Basically meant the stage was never empty which I think was a great way to ensure the audience was engaged throughout.

The show features many recognisable faces including Coronation Street & The Bill star Andrew Lancel who plays Detective Superintendent Vetch who has been brought down from London to manage the murder case! Very much like this The Bill character DI Neil Manson, Lancel was fantastic! Which reminds me of how much I miss and used to LOVE watching The Bill! 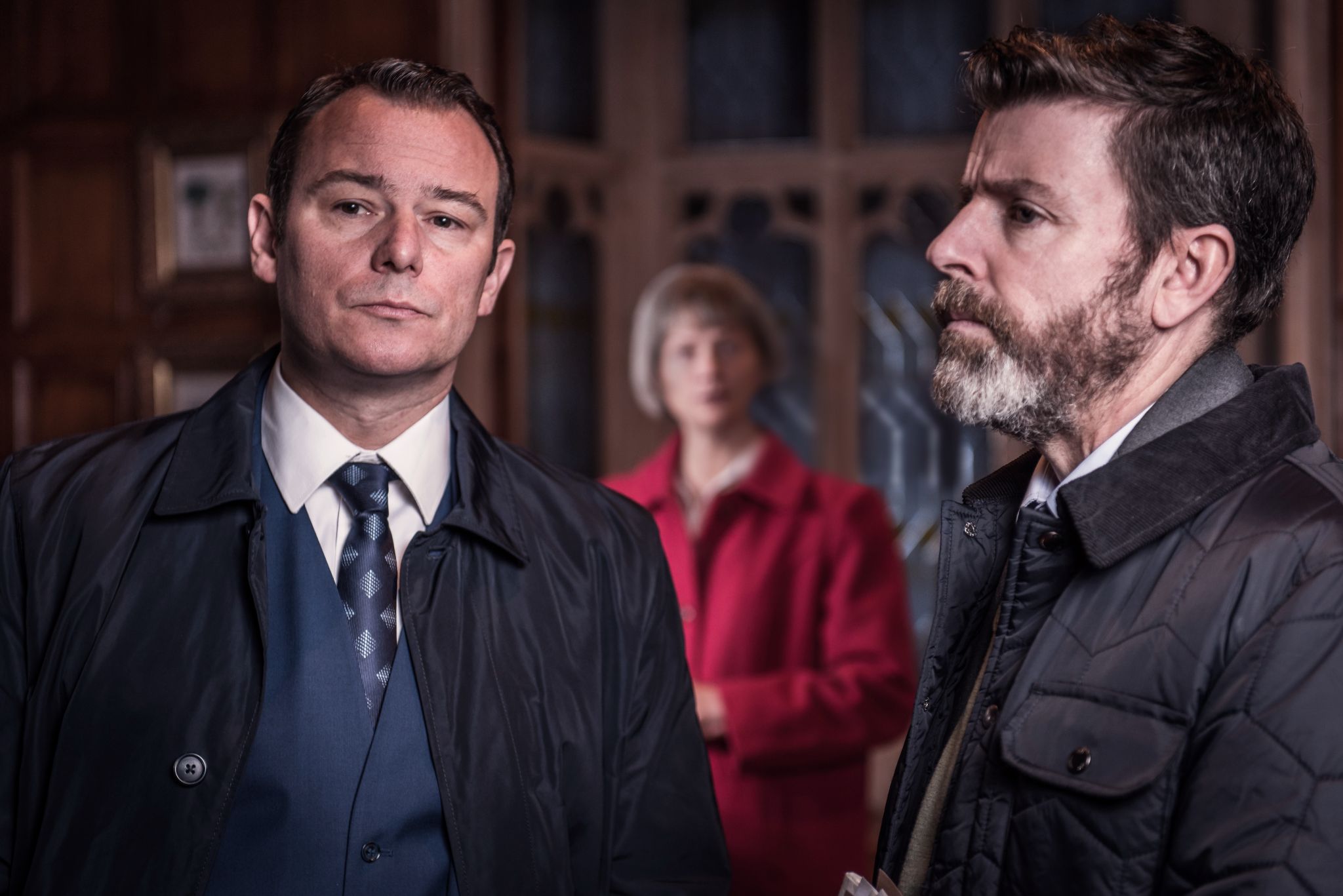 Someone who I didn’t expect to see acting on stage was chart topping Blue band member Antony Costa . . . since when did he become an actor? After the initial surprise I must say his portrayal of gardener Rodger Meadows was a very good one! He had a country accent and made me wonder a few times if he could be the killer? He might be? You won’t know until you go! After reading the programme it comes to light that Costa has actually been in a few stage shows including a stint in Blood Brothers as Mickey! Which is one of my favourite shows so gutted I missed it with him in. 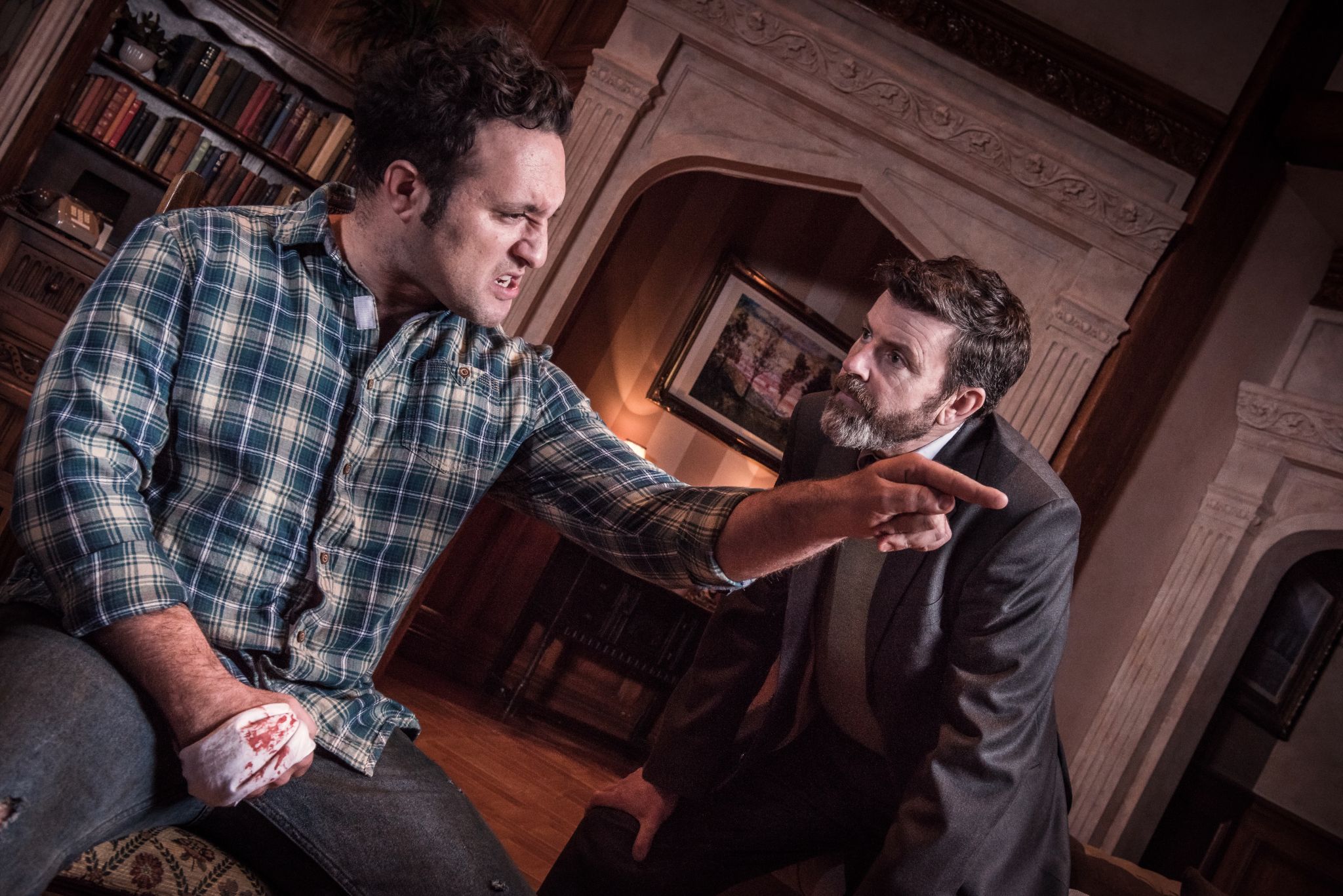 One of my favourite characters was Joan Smith played by Deborah Grant who plays Tim & Lucy’s mother in BBC’s Not Going Out! The character she plays in A Judgement In Stone is the complete opposite to her posh demeanour in Not Going Out! Joan Smith is the nosey post masters wife of the local village who spends her time going through other people’s post! However strikes up a very unlikely friendship with Eunice! One scene in particular had everyone laughing off their seats! It involves singing and dancing on tables!

I can’t write this review without mentioning Sophie Ward who played Eunice! Up until the interval I thought this character was played by an old lady . . . how wrong was I! She was absolutely hilarious. 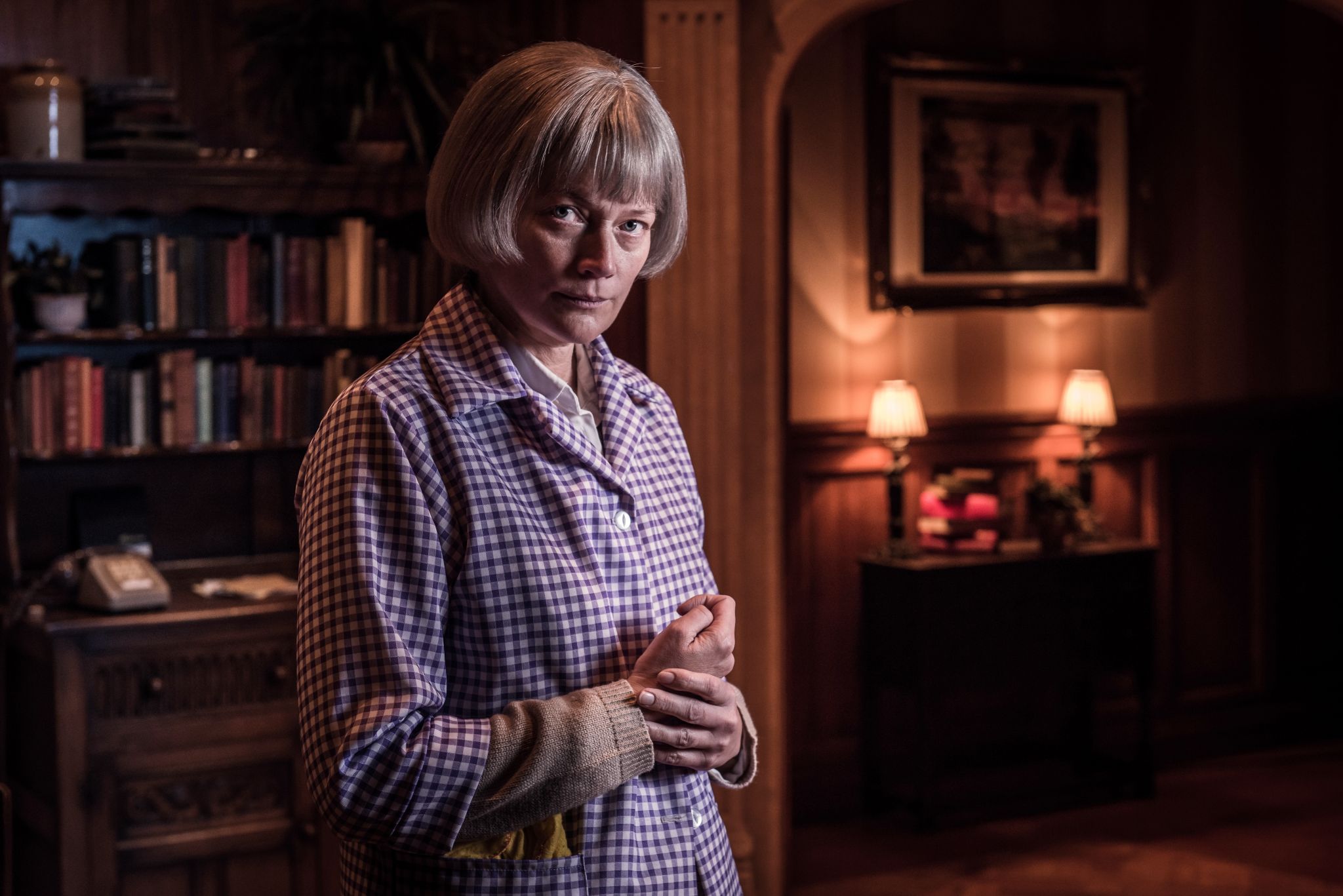 All in all another fantastic play by The Classic Thriller Theatre Company! I’ve seen a few plays presented by Bill Kenwright now which have all been great.

A Judgement In Stone is at The Hawth until Saturday 27th May – CLICK HERE to book tickets now! Shows every evening at 7.30pm with matinee‘s Wednesday & Saturday at 2.30pm.