A mix of emotions is probably the best way to describe Torben Betts Invincible! The first half gave me a constant grin and had me laughing throughout however part 2 was a little more serious and touched on some topics relatable to a lot of people.

Invincible tells the story of Londoners Oliver and Emily who have moved up North to instil some normality into their children’s life’s and to ensure they are brought up with “real” people. Early on you find out Oliver’s mother is unwell, and Emily is some what of an earthy snob so when they invite neighbours Alan and Dawn round the 2 worlds collide! 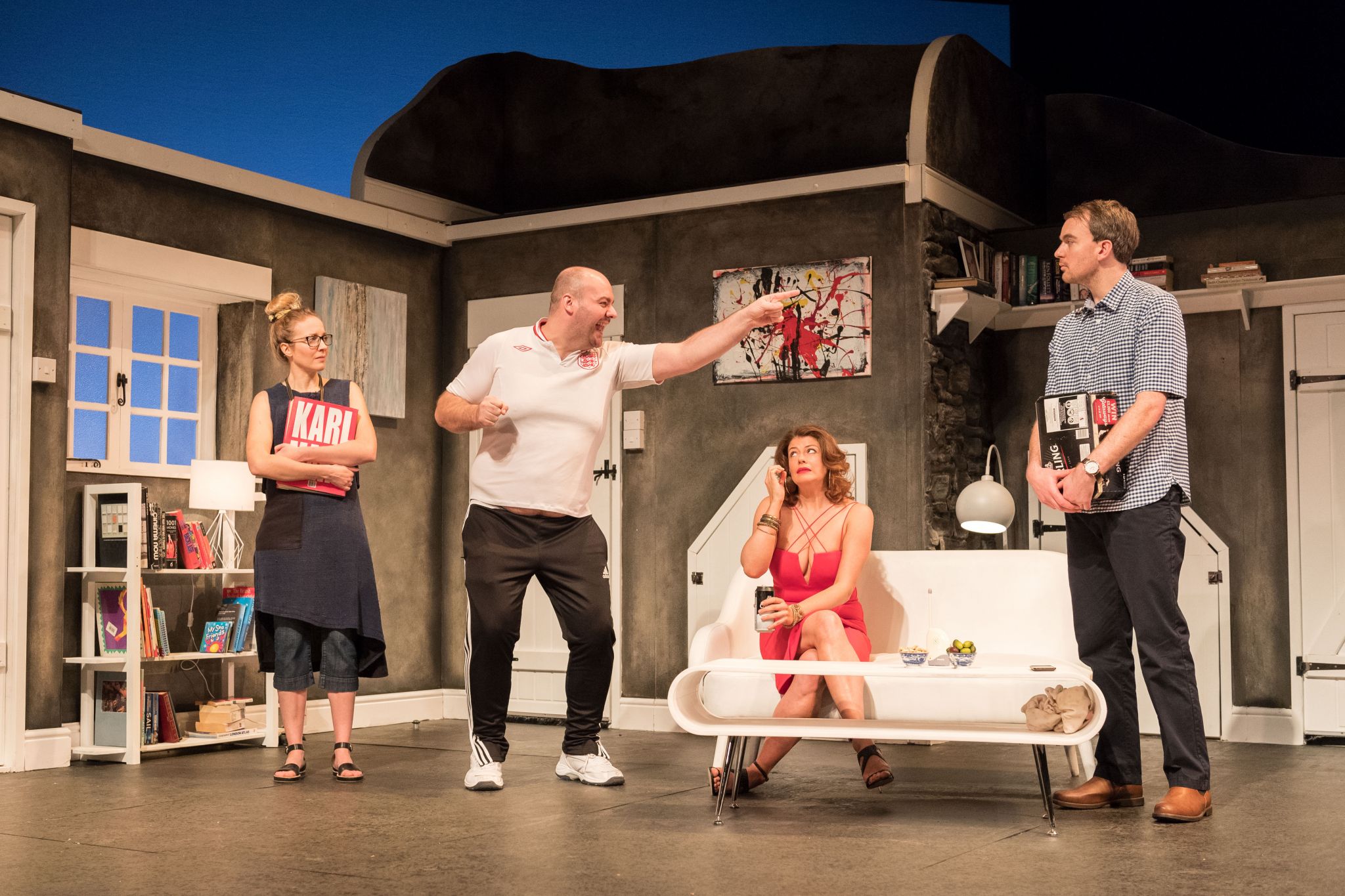 Invincible was first shown in London in 2014, and ventured outside of London for its 2016 tour, and again this year. Alan Ayckbourn once said “Torben Betts is the most exciting theatre writing talent I have come across in many a year” which is a massive compliment and I can see why as Invincible was fantastic.

Shows which only have a few cast members always amaze me, how can only 4 people keep you captivated for 2 hours? Easy really because they are bloody good actors! I first have to talk about Graeme Brookes who plays Alan the football loving larger lout! In the first half I literally thought I was going to get lock-jaw as he was so funny! The way he spoke, the way the character was dressed and his perfect comedy timing in certain situations. Everyone knows or is aware of an Alan in their life which I love as its relatable to everyone. 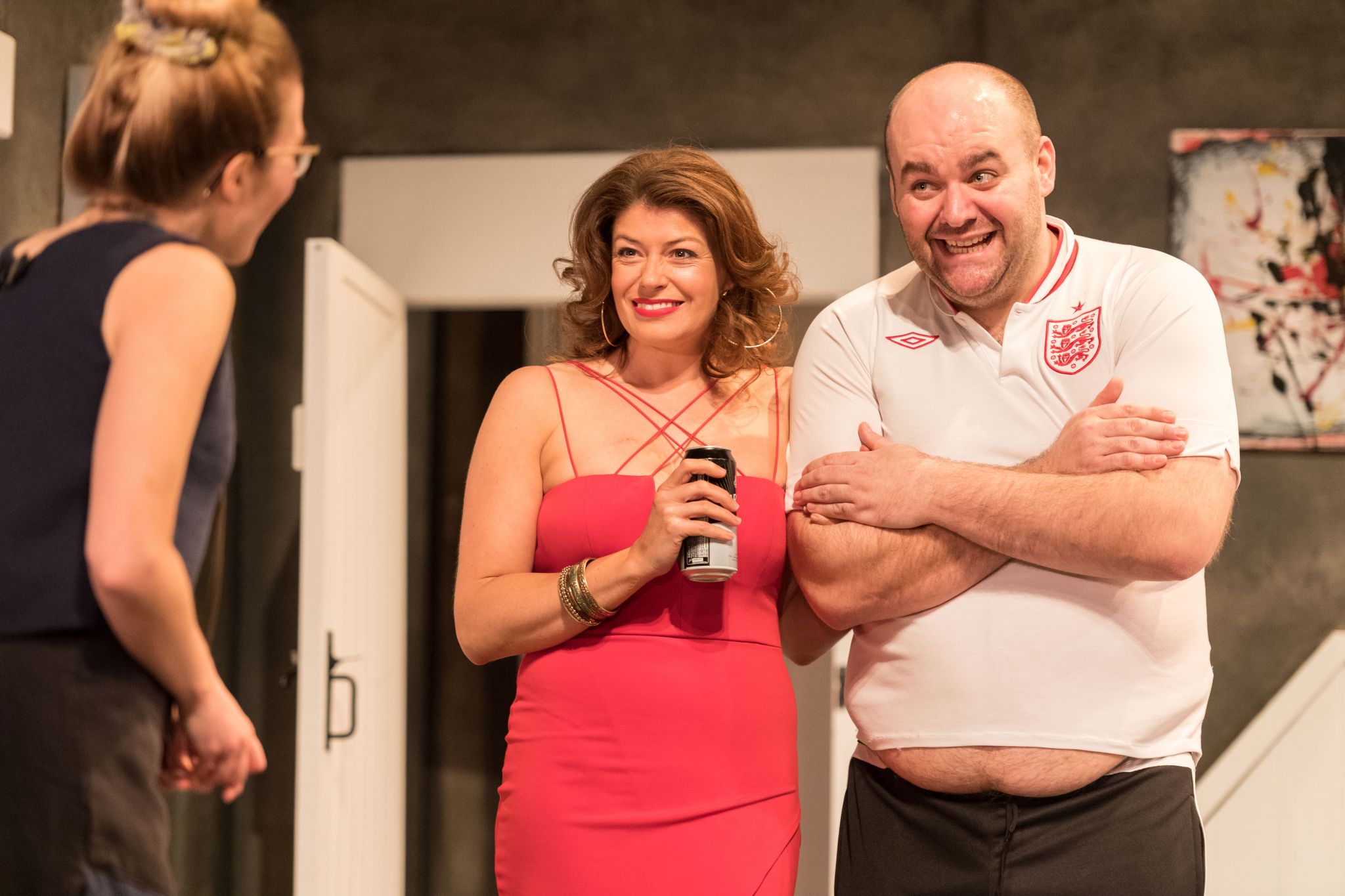 Emily is played by Emily Bowker and nails her role as the high maintenance trousers of the relationship wearing wife of Oliver played by Alastair Whatley. Whatley in certain scenes reminded me of Jack Whitehall! I think it was a mix of his height, beard, posh voice and how funny he was. The scene of Emily and Oliver drunk is great and I would love to know if they were actually drinking real alcohol as it literally looked like they were getting drunk on stage! My kind of acting! 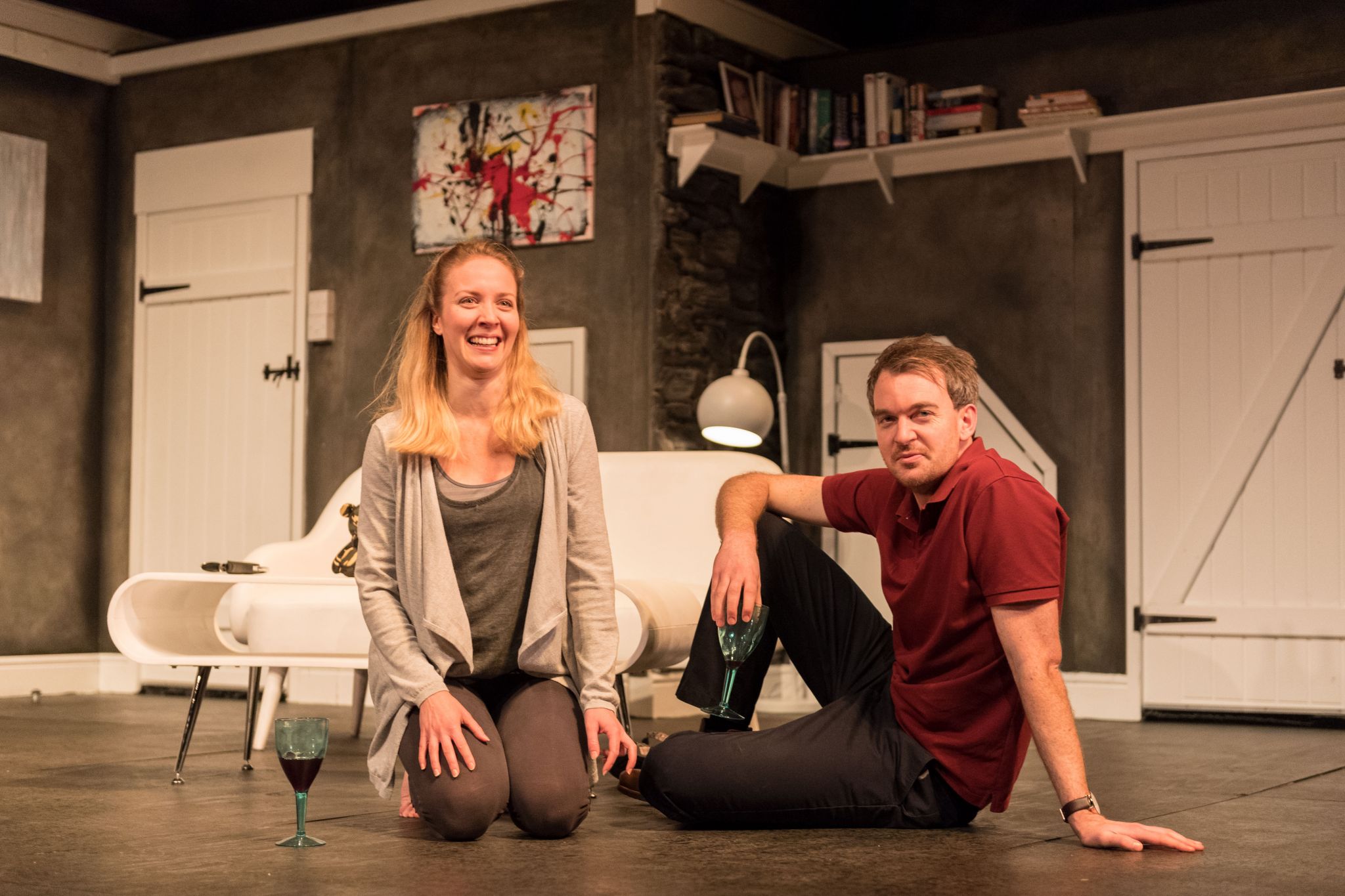 And last but not least Elizabeth Boag played the role of Dawn, Alan’s better half who has had just about enough of his nonsense. I would definitely say Boag had some of the more serious scenes which she executed amazingly well and I’m sure can relate to hundreds of people. That being said she was also hilarious! Drinking from a Carling beer can throughout she had some great 1 liners (1 in particular which I won’t ruin for you but the audience were laughing for a good few minutes from the 1 line!)

The staging was pretty simple, all set in Emily and Oliver’s living room which looked extremely authentic to a family with children who like art and culture, and the use of props (cough cough alcohol) was great! 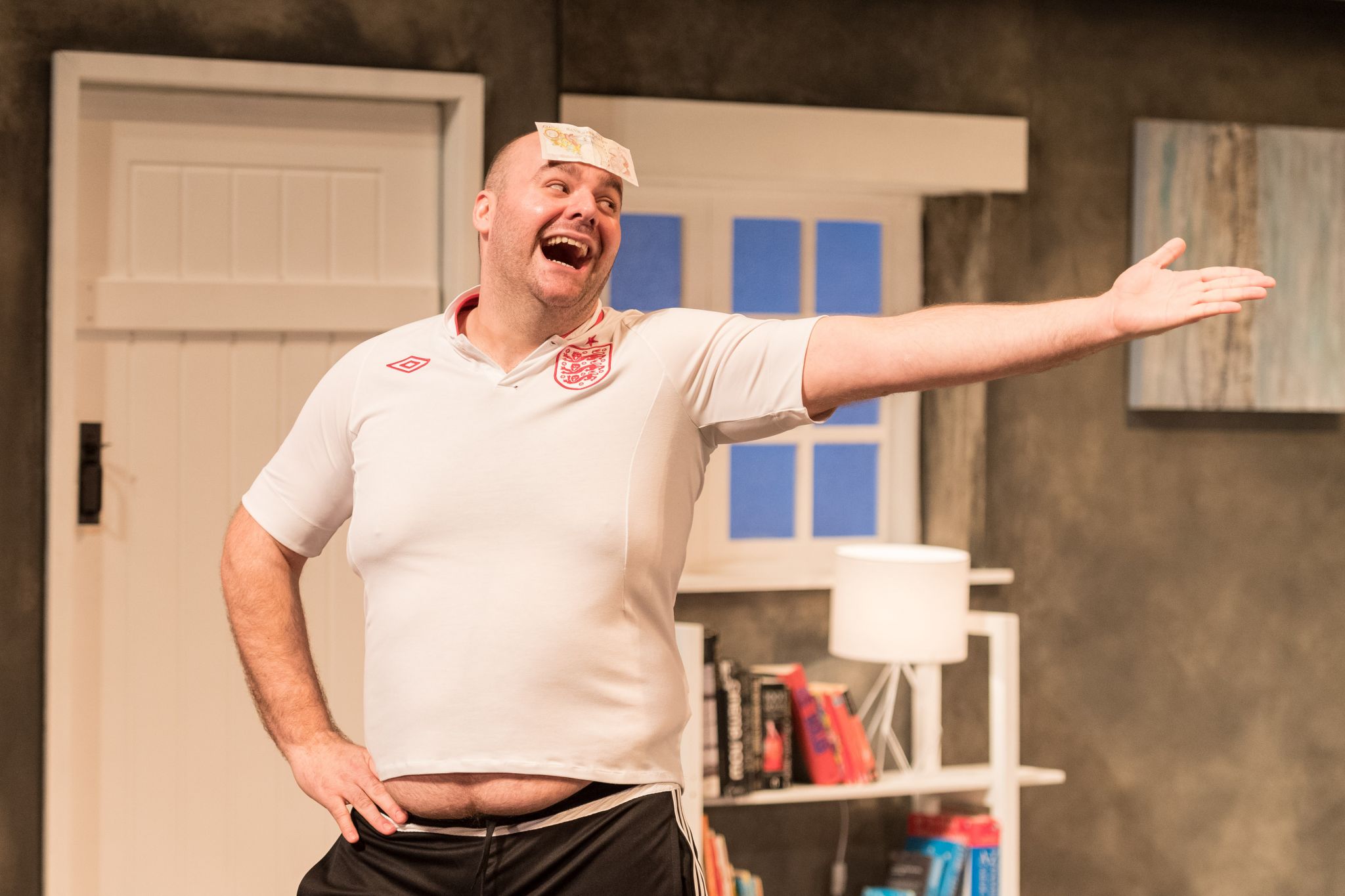 Probably one of the funniest comedy plays I have seen to date, Graeme Brookes made it for me!

Invincible is at the Theatre Royal Brighton until Thursday 30th March with shows every evening at 7:30pm and matinee Weds at 2.30pm. Click Here to book.