Well its safe to say I really did get smashed on burgers Wednesday night! I attended the Yelp – Smashburger Brighton Opening which was great fun and not to mention gut busting!

Smashburger was  founded in Denver, Colorado in 2007 and have over 400 restaurant chains! From the USA to the UK, Smashburger are literally smashing their way through cities and country’s offering affordable and amazingly tasty burgers!

The NEW Brighton restaurant opens to the public on Monday 3rd October 2016 on North Road, a perfect location for the fast-casual burger joint! I had the pleasure of being invited to one of the opening nights! Greeted by champagne on arrival, I knew I was in for a treat aka FEAST! 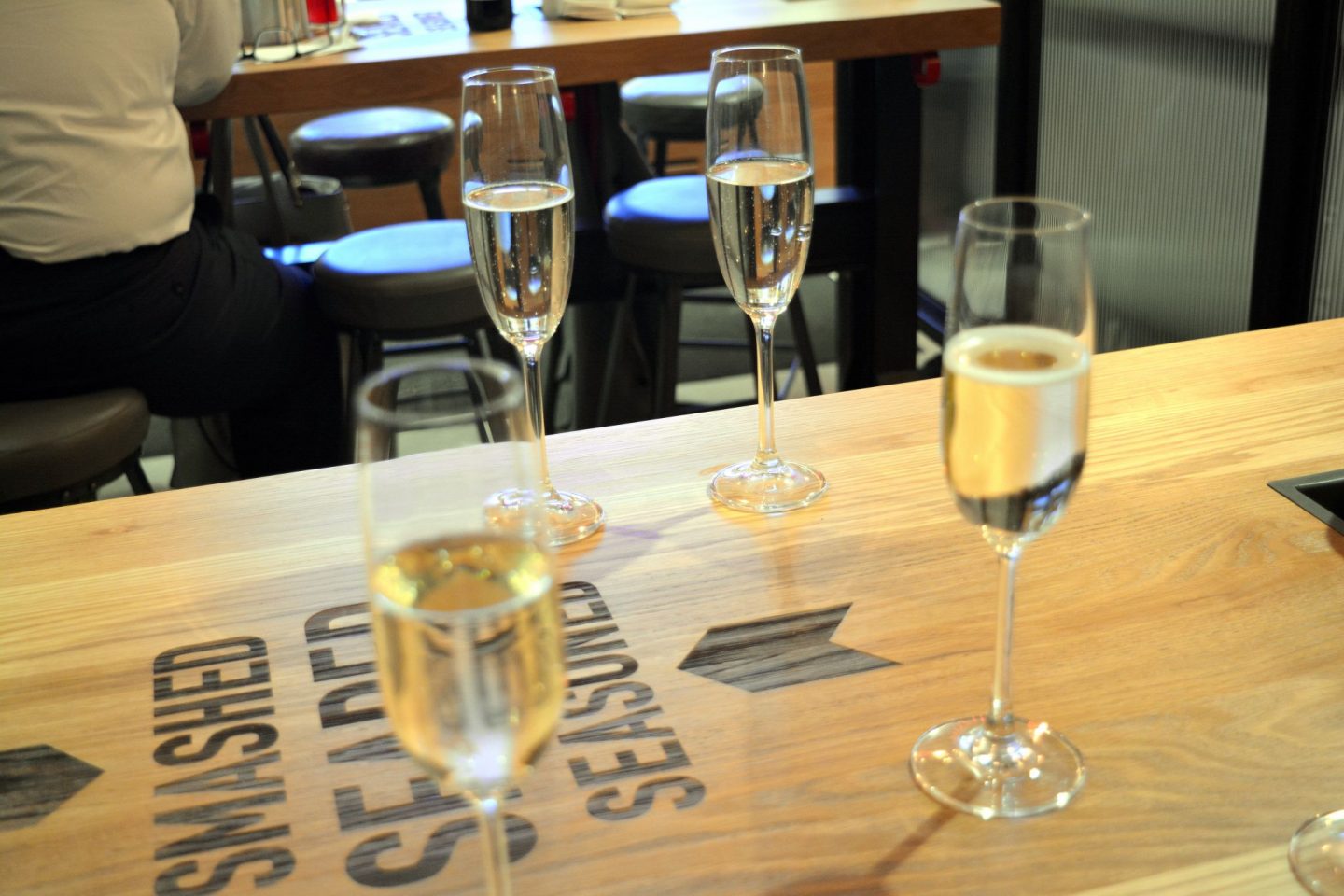 The restaurant itself has a cool american diner vibe, as well as exposed brickwork which us brits LOVE! Having spoken with one of the marketing guys on the night, they explained it was designed to have that US/UK spin which makes in appropriate for the UK diners.

If you’re looking for somewhere to have a birthday meal or work event then Smashburger is the place to go! You can have what they call a “Smash Bash” so perfect for birthdays, or group events! Just give the guys a call or drop in and you can discuss further requirements and have a SMASHING event! 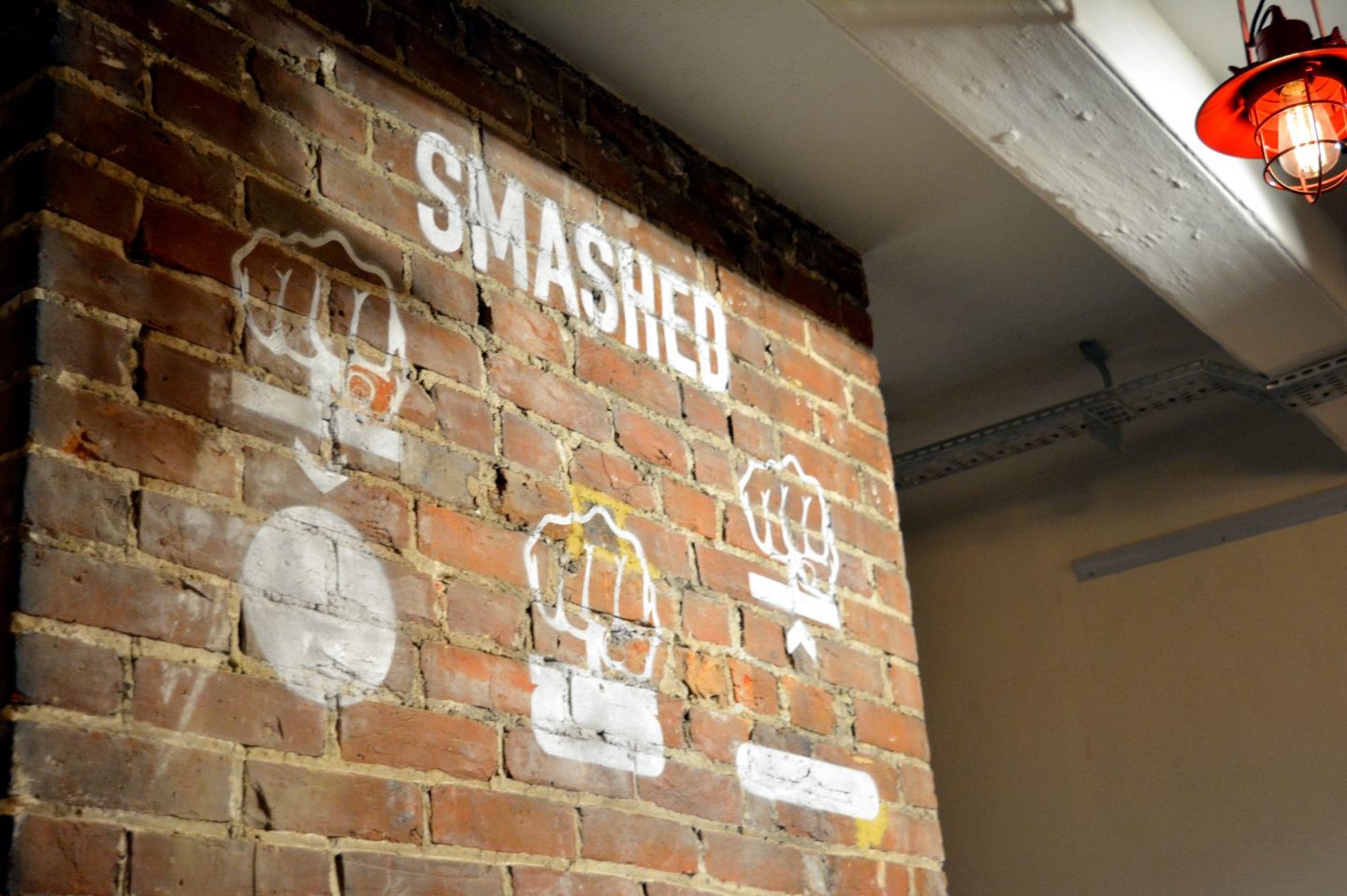 Kevin McCarthy the Senior Field Training Manager for Smashburger, and all the way from Denver, Colorado was on hand to tell us what was in each burger we were trying! All 8 of them! YES 8! I was literally in burger heaven. . 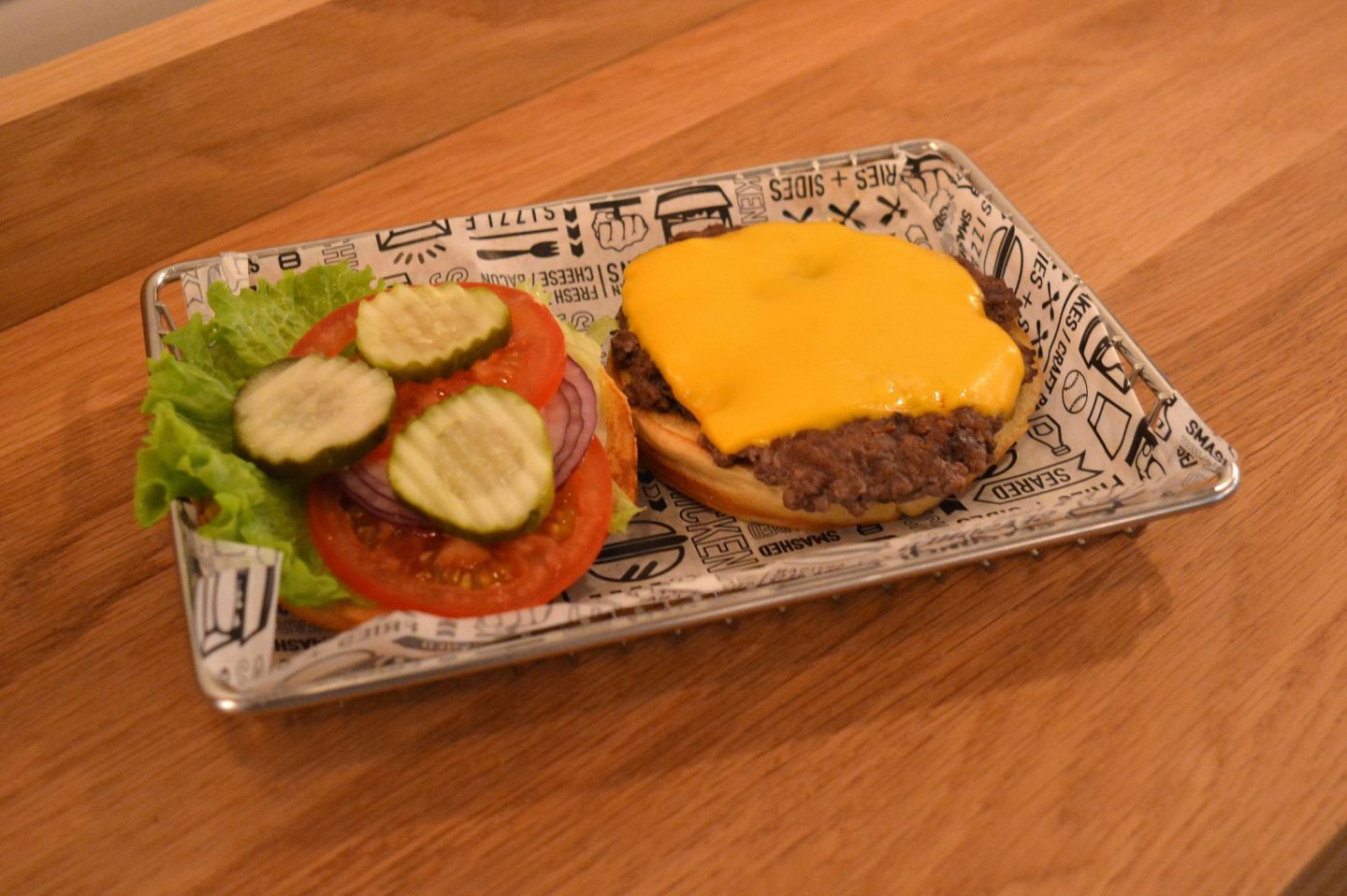 I really hate a sloppy greasy burger, and the Smashburger’s are far from this! The salad and pickles are fresh, the bun actually remains a bun and does not crumble and break! And the meat is perfectly cooked and melts in the mouth.

If you’re not a fan of the beef burger, there are chicken burger options, an avocado veggie option and even a salad! I would never walk into  burger joint and order a salad until now! The Smashburger salad literally looks incredible, look at the size of it! 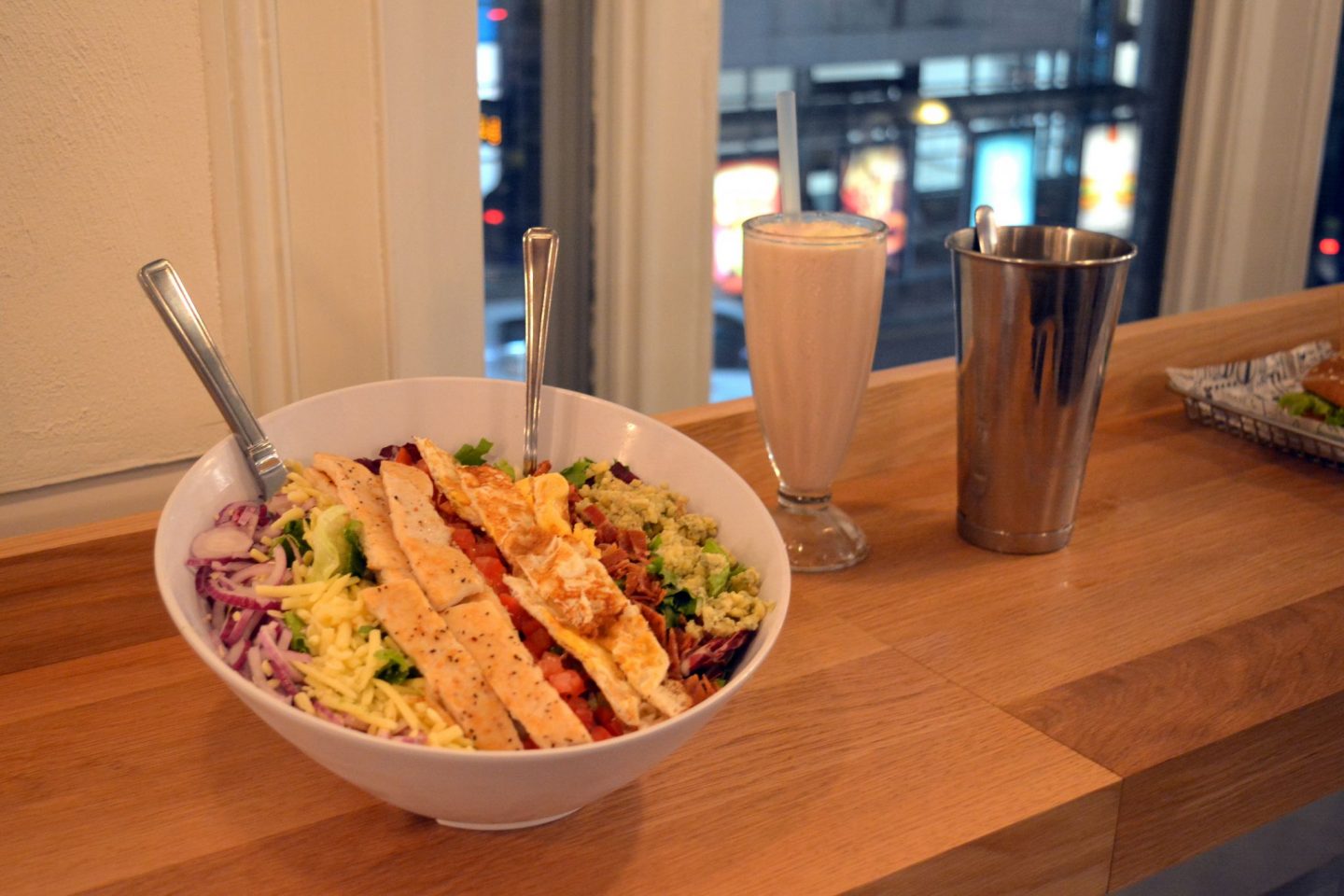 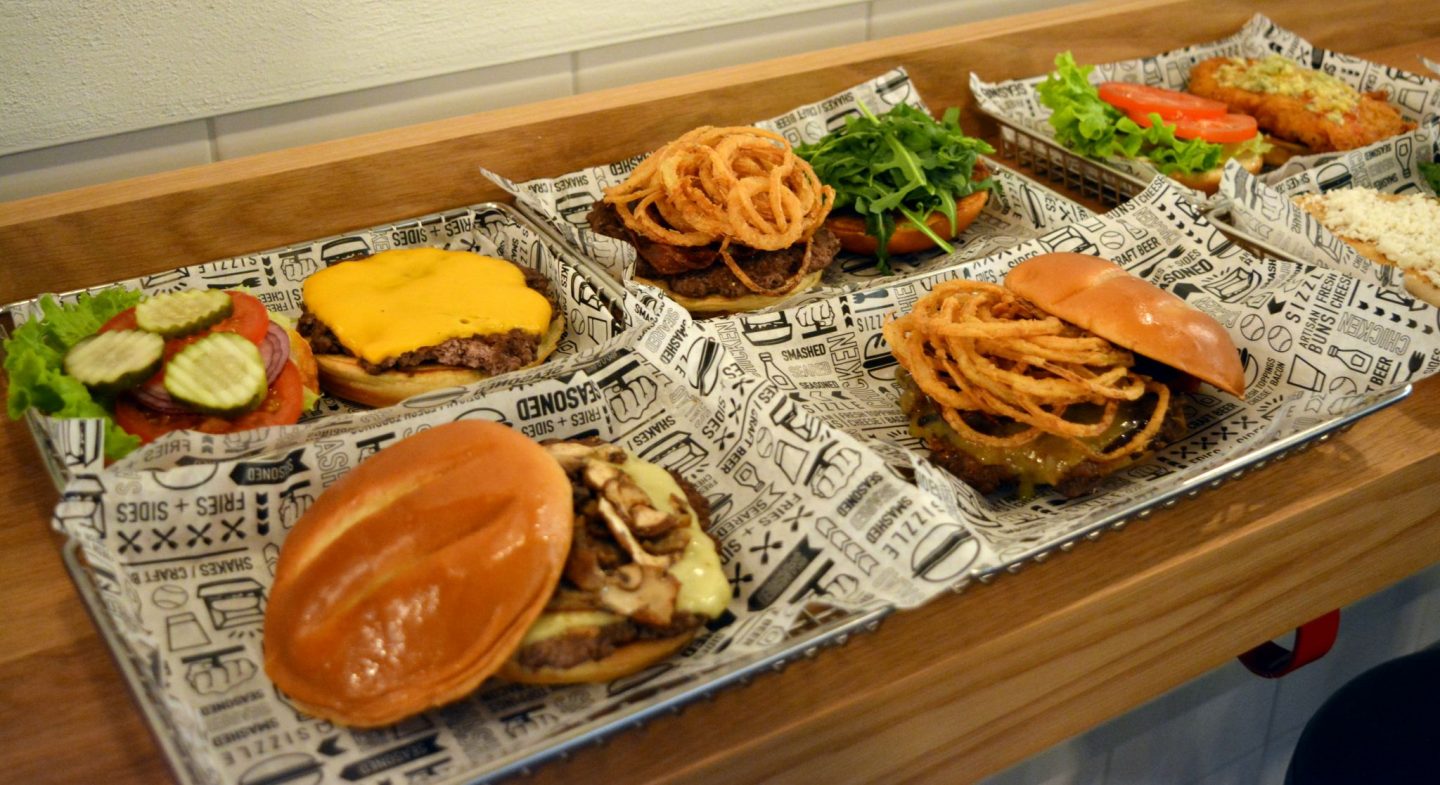 Burgers start from only £4.75 so they are so affordable and all burgers are competently fresh, never frozen and all natural 100% beef! Plus for £2.75 you can get a refillable soft drink and get to use the Coke Tardis! Literally this machine has so many options for drinks and flavours its like being in heaven!

So for under £10 you can get a burger, fries and a soft drink! Absolute bargain! And it tastes a million dollars! Also for the adults Smashuburger sell a selection of beers and wines! And for the kids *cough cough* me you can get HÄAGEN-DAZ® Ice Cream milkshakes! Which taste AMAZING! 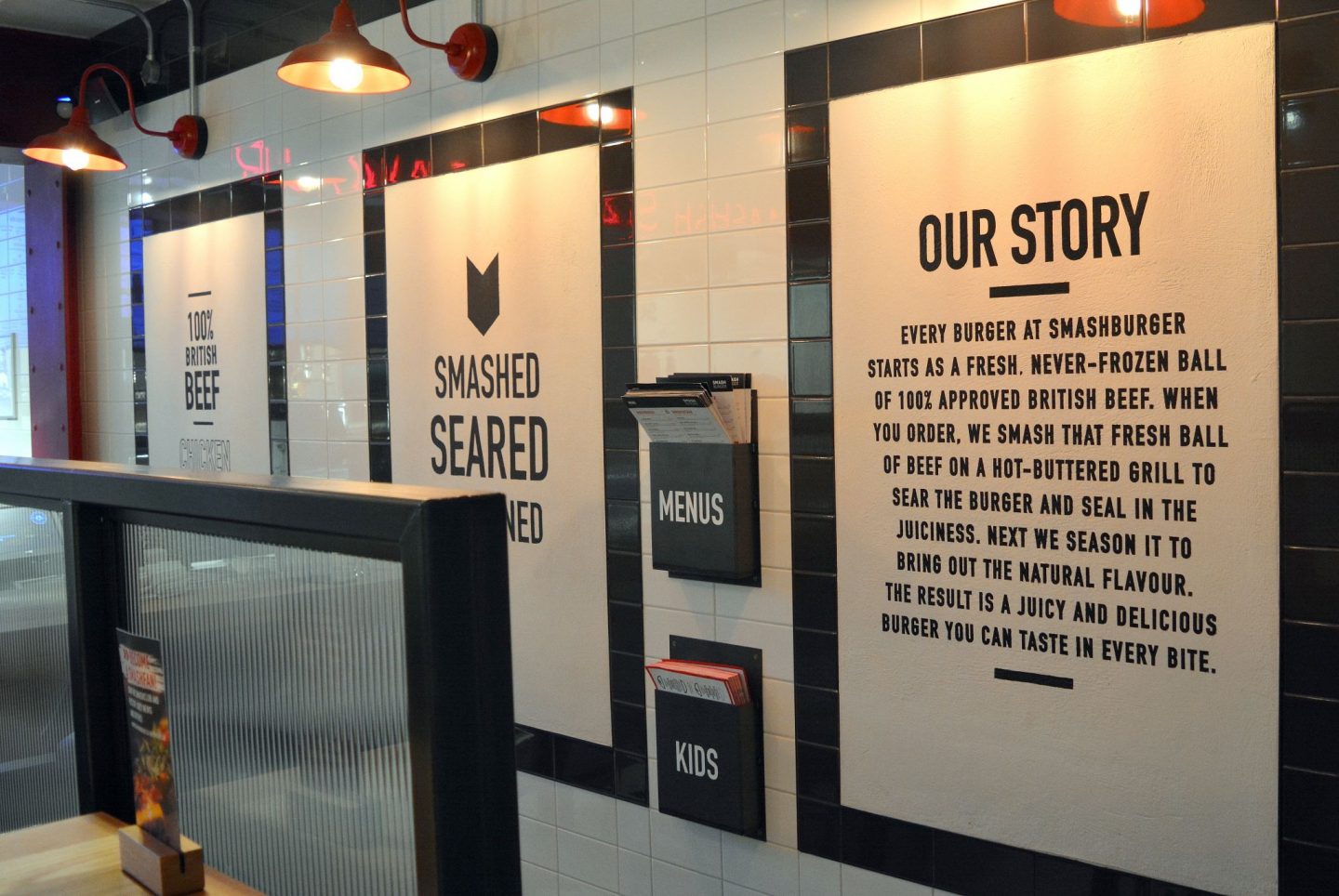 I think Smashburger has now become my new favourite fast-food burger joint in Brighton! If your lucky enough to live in Brighton then definitely go and check it out! The service I received on the night was fantastic so if it’s the same when opened then you’re in for a real treat!

Brighton is Smashburger’s second UK location, the only other in the UK being in Milton Keynes! There are obviously plans to open up around the UK so look out for one coming to your town in the near future! 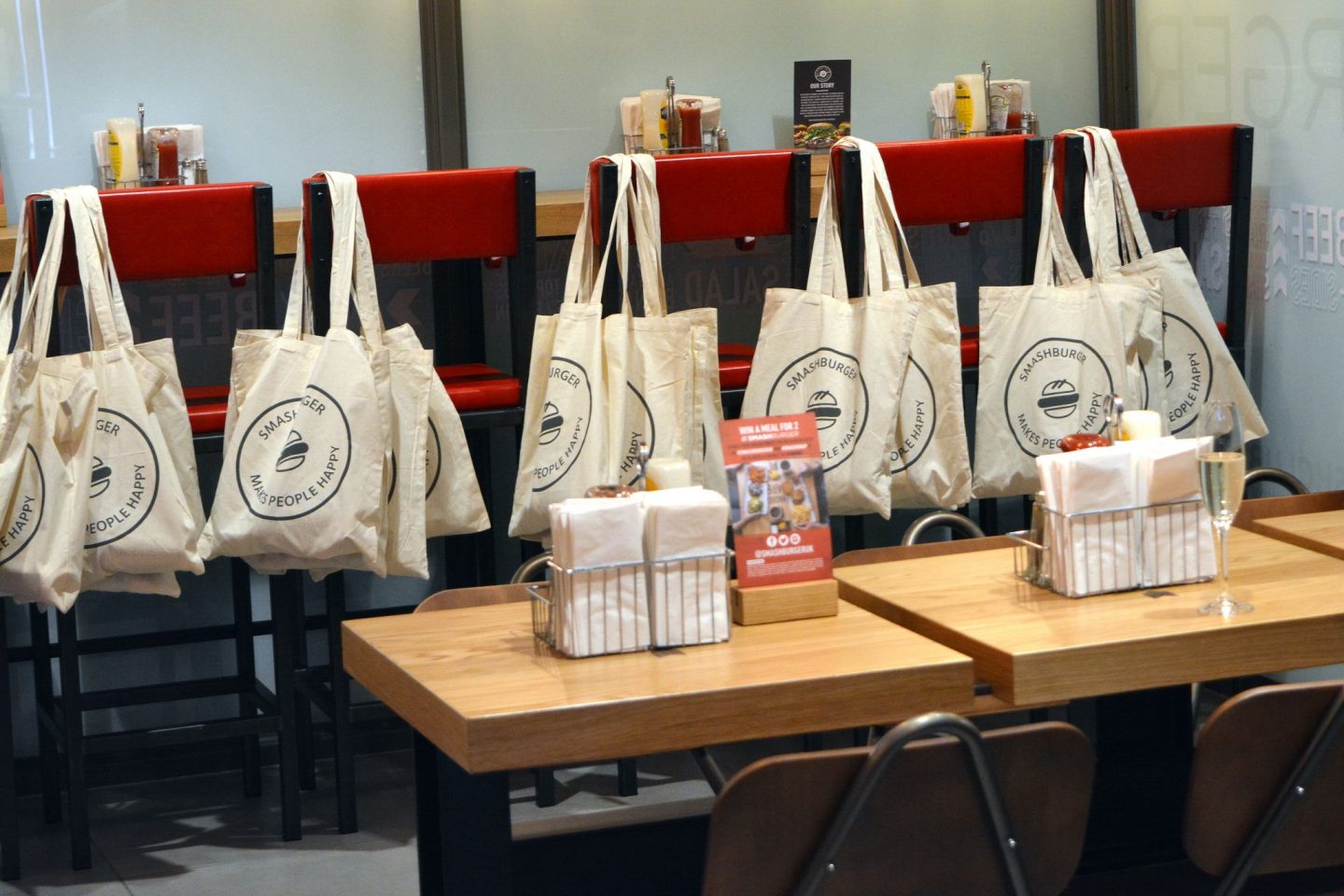 A big thank you to all the staff at Smashburger Brighton and HQ for such a great night! See you soon when I bring all of my friends and family in for a tasty SMASHING burger!

p.s I know I used SMASH/SMASHING about 100 times but it had to be done!