The Rise and Fall of Little Voice is a play written by English playwright Jim Cartwright and its first production premiered at the Royal National Theatre in 1992 with the legendary Jane Horrocks playing the role of LV, then six years later in 1998 it became a British musical film “Little Voice” again staring Jane Horrocks who I’m sure you’ll remember as Bubbles in Absolutely Fabulous.

Now in 2022, the musical is back on the stage for a nationwide tour staring the incredibly talented Christina Bianco as LV, the utterly hilarious Shobna Gulati as Mari and ex Emmerdale heartthrob Ian Kelsey as Ray Say.

Little Voice or LV as known by her mother, is a quiet, shy, reclusive, young girl who lives in a working-class home in Yorkshire, with her mother Mari who is the complete opposite. Mari is not quiet, she’s loud and loves the sounds of her own voice, she’s not shy, she’s in your face, and she’s not a recluse as she’s always out! 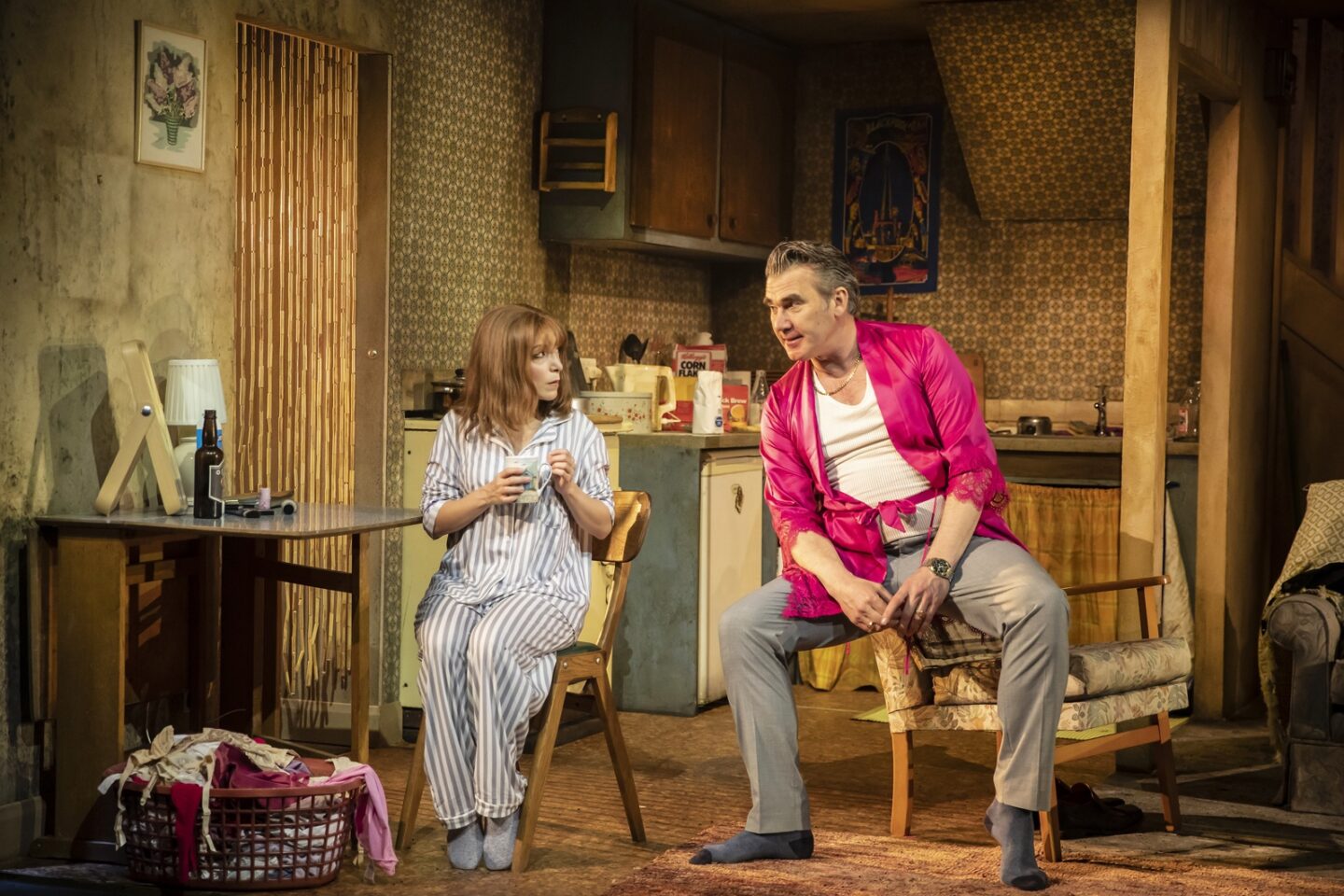 The first half mainly focuses on Mari, LV’s alcoholic sex mad mother who is ecstatic at the thought of getting her new home phone fitted, whilst LV scurries around the house being her quiet self and listening to the records her late father left her (and somewhat falling for one of the phone engineers) but this all changes when Mari brings home Ray Say the local talent scout who by chance encounter hears LV sing and becomes obsessed with getting her in the clubs to perform and showcase this incredible talent she has.

I absolutely loved Shobna Gulati as Mari, she was hilarious, and plays the role of a sex mad selfish self-centred alcoholic so well. Her presence just made me happy, but then again, I loved her in Dinnerladies and Coronation Street back in the day, and more recently as Ray in the stage show, and feature film Everybody’s Talking About Jamie!

Mari falls hard for Ray Say, whilst it’s obvious he is only using her to get close to LV and soon shows his true colours when LV decides she no longer wishes to perform at the club. Ray is played by Brighton local Ian Kelsey (I remember years ago serving him in a shop and telling my mum as she was a massive Emmerdale fan – I was more a Blue Murder fan but there we go!) great performance by Kelsey, he really took on the role and really became the character who you loved to hate.

A minor role, but one which made me laugh was Mari’s best mate Sadi played by Fiona Mulvaney, Mari is vile towards her but in the end Sadi is the one laughing. There is a scene where Mari and Sadi come in from a night out (and during a scene, you must look at what Sadi is doing to the left of the stage as it had me in stitches). 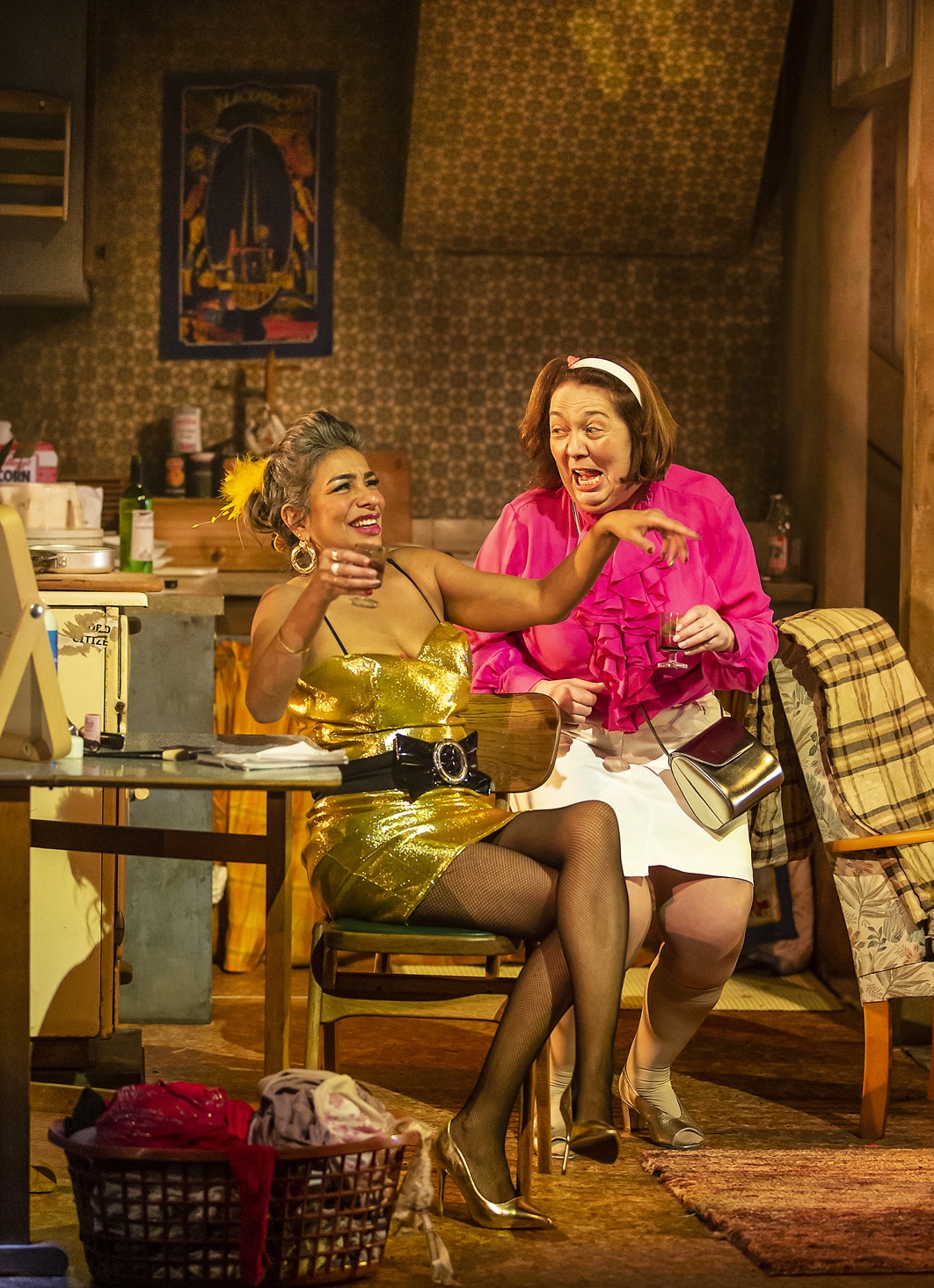 The main star of the show LV is played by Christina Bianco and her incredibly realistic impersonations of Shirley Bassey, Marilyn Monroe and Judy Garland are sensational. Her medley in the second half was fantastic, the audience was both wowed and in hysterics.

The Rise and Fall of Little Voice is at the Theatre Royal Brighton until Saturday 30th April 2022, 7:45pm with matinee performances on Thursday & Saturday at 2.30pm. Click HERE to book tickets now!

Also for all of you Ian Kelsey fans, he has a photography exhibition called “In The Wings” which is on display in the Phipps Room at the Theatre Royal Brighton. 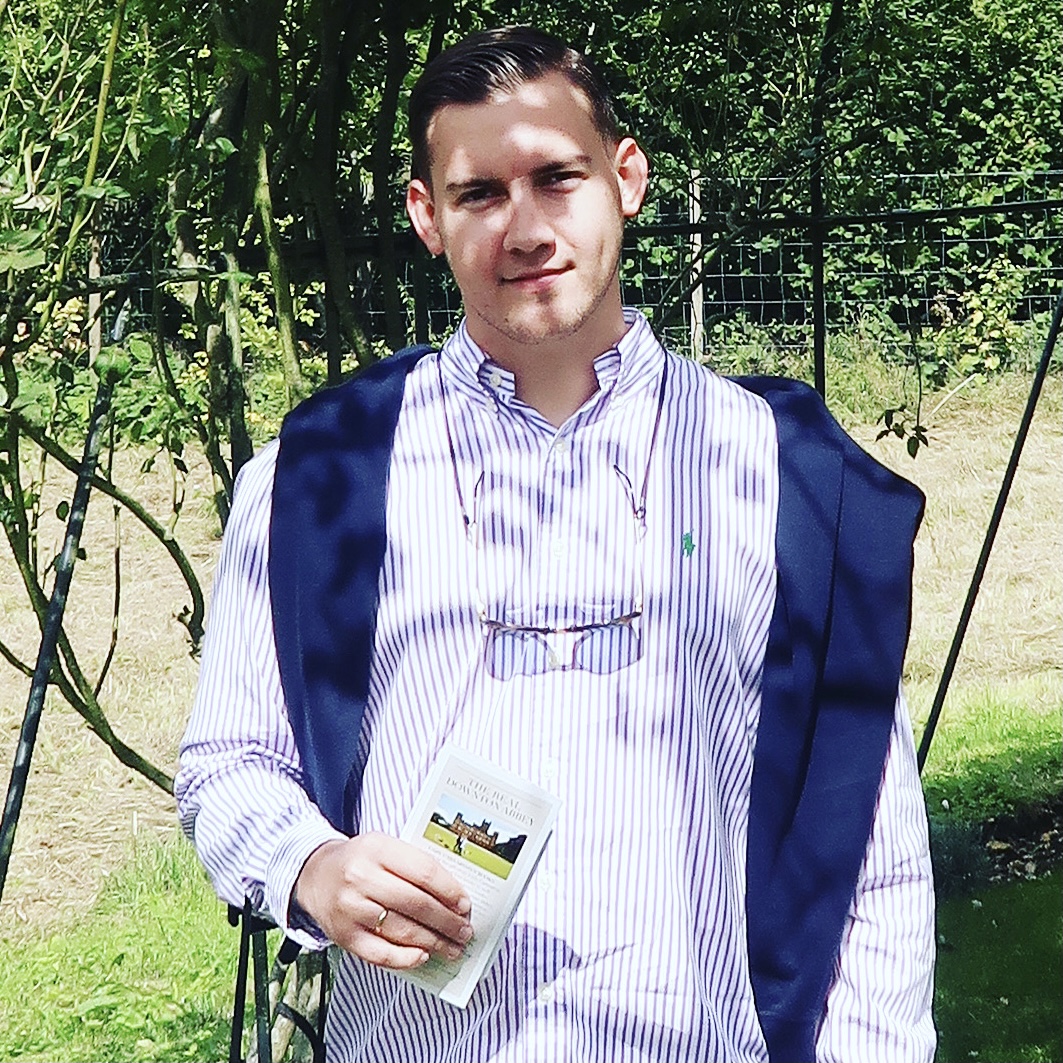 I started my blog in 2016, and talk all things men’s lifestyle.

By day I’m an Ops manger, however at the weekends I love to spend time with my fiancé Joe, we live in a small village in Sussex surrounded by country walks.

We love to eat out, travel, films, music and theatre! So my blog is basically a diary of all these things.

We have plans to get married in 2022, so expect Wedding content!

I hope you enjoy reading! And don’t forget to add me on my socials.