The show may be aimed at small children, but I absolutely LOVED Madagascar The Musical! This is one for the families! I Like To Move It, Move It!

I am not a big fan of computer animated films, so haven’t seen the 2005 DreamWorks animation, so wasn’t sure what the story was but it was so easy to follow.

The story starts at the Central Park Zoo in New York City, where Marty the Zebra is celebrating his tenth birthday, but longs to experience the wild, a world outside of New York! 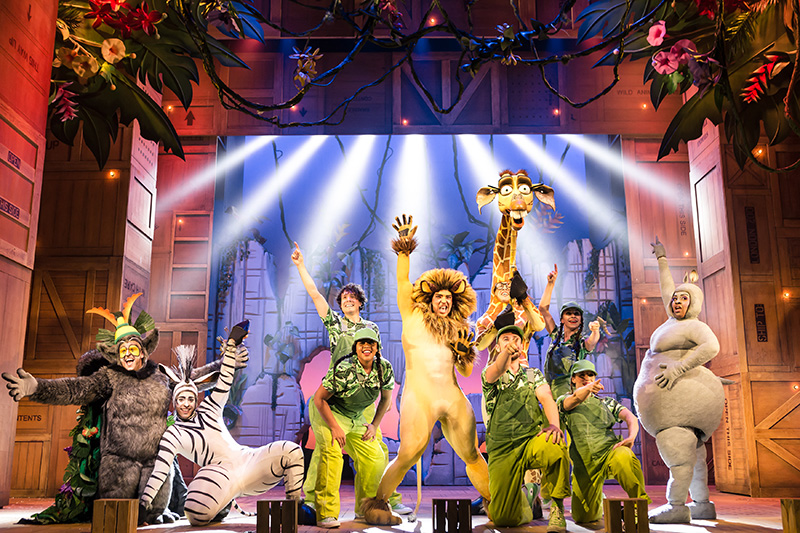 His best pal, Alex the lion is somewhat of a celeb in New York and is the zoo’s biggest attraction, alongside Melman the giraffe and Gloria the hippopotamus.

Marty tells his fellow animals that he plans to escape, they try to convince him not to, but he does anyway! So, Alex, Melman and Gloria go after Marty to bring him back! But they end up being caught and end up being shipped to Madagascar! 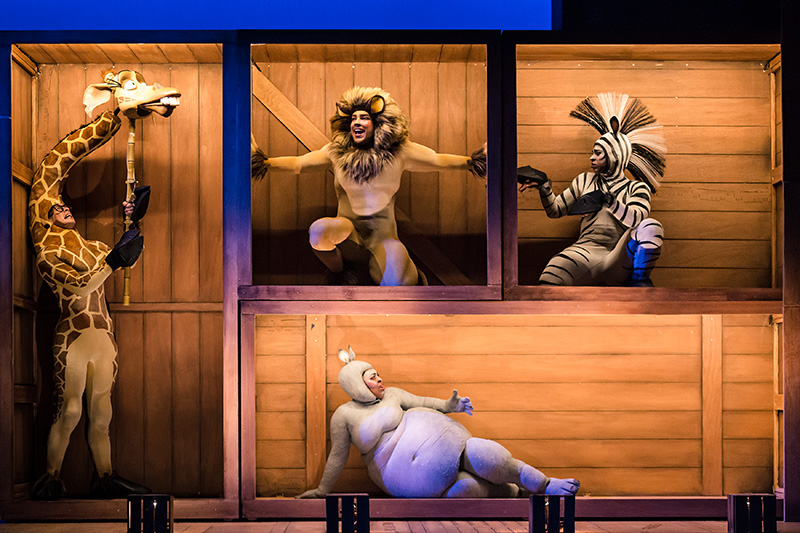 How will the animals cope living in the wild? Will Alex the lion cope with no steak or human interaction? Will they end up turning on each other? All is revealed in the show!

Alex the lion was played by understudy Brandon Gale who was truly fantastic, Marty the zebra was played by Antoine Murray-Straughan and had the whole audience in stitches! Melman was giraffe was played by Jamie Lee-Morgan which must have been such a tough role to do, as the giraffe head was essentially on a stick, so Lee-Morgan had a prop the whole time! I also loved Gloria the hippo played by Timmika Ramsay! 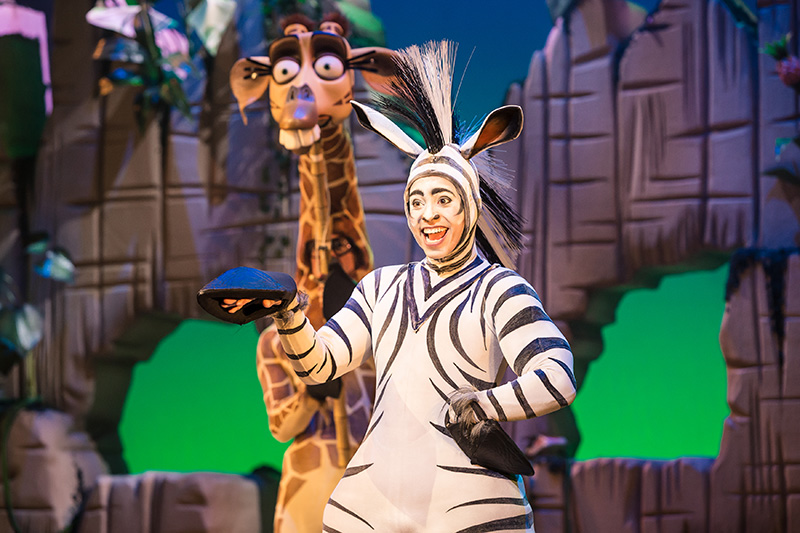 Jo Parsons played the legendary role of King Julien and honestly had me in stitches for the whole time he was on stage! King Julien is the King of the Lemurs of Madagascar and welcomes the New York animals to Madagascar! Truly hilarious character! 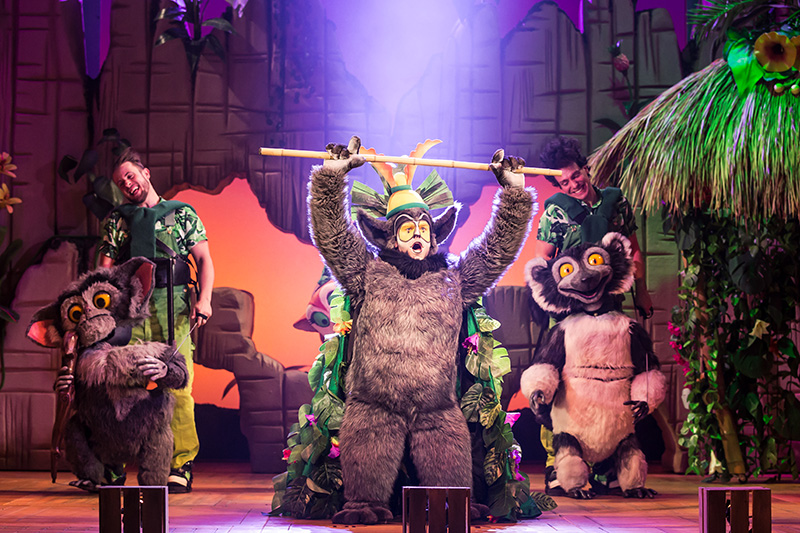 The costumes and set were exceptional! They all had body suits on with painted faces which looked great! The 4 penguins in the show who were also trying to escape the zoo, were played by Shane McDaid, Jessica Niles, Victoria Boden and Laura Johnson and they were I think my favourite part of the show! The actors controlling the penguins were fantastic! Shane McDaid especially! 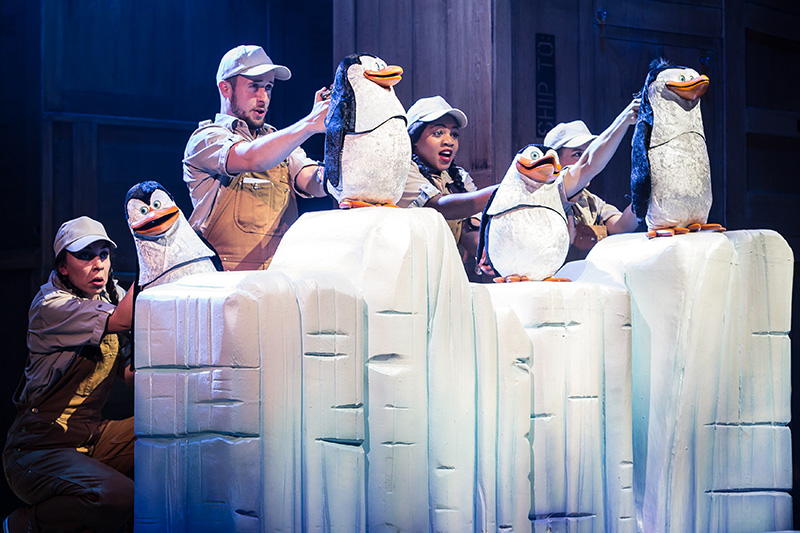 All of the families out there, this is perfect for a pre-Christmas treat for the kids! They will love it! I sure did and I’m 27! The audience was full of families, and the final number of the show “I Like To Move It” had everyone up on their feet singing and dancing!

I saw Shrek the Musical last weekend, and prefered Madagascar!

Madagascar The Musical is at the Theatre Royal Brighton until Saturday 8th December 2018. Shows Tuesday – Saturday at 7.00pm, and matinee shows Thursday 11am & Saturday 2.30pm. Click HERE to book your tickets now!