Made famous by Reese Witherspoon in the 2001 feature-length film Legally Blonde, the film was adapted for stage in 2007 and smashed records on Broadway and in the West End!

Legally Blonde The Musical is now on tour in the UK and I urge you to book tickets before it’s too late! ☆☆☆☆☆ 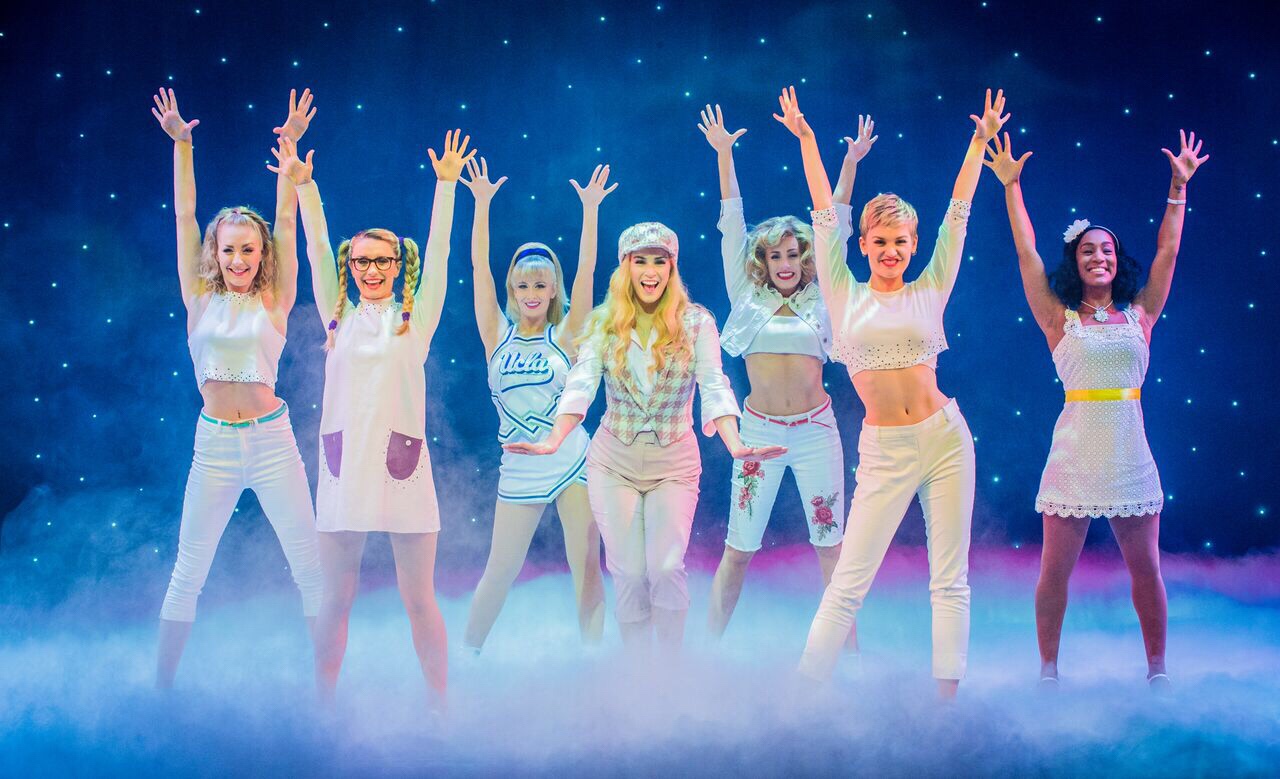 If like me you aren’t to au fait with the Legally Blonde story then here is a little background:
Elle Wood (all about that pink life) thinks she is about to get proposed to by her boyfriend Warner however things do not go to plan and Elle finds herself single and trying to think of how to win her Warner back!

She gets herself a place at the prestigious Harvard Law School where he studies on a mission to try to win him back! But will the experience make her realise it wasn’t him she wanted after all? You will need to see the show and find out for yourself!

Elle is played by Lucie Jones who shot to fame in 2009’s X Factor competition and has since appeared in some fantastic shows including Les Misérables (which is my favourite musical off all time), Ghost and Rent! 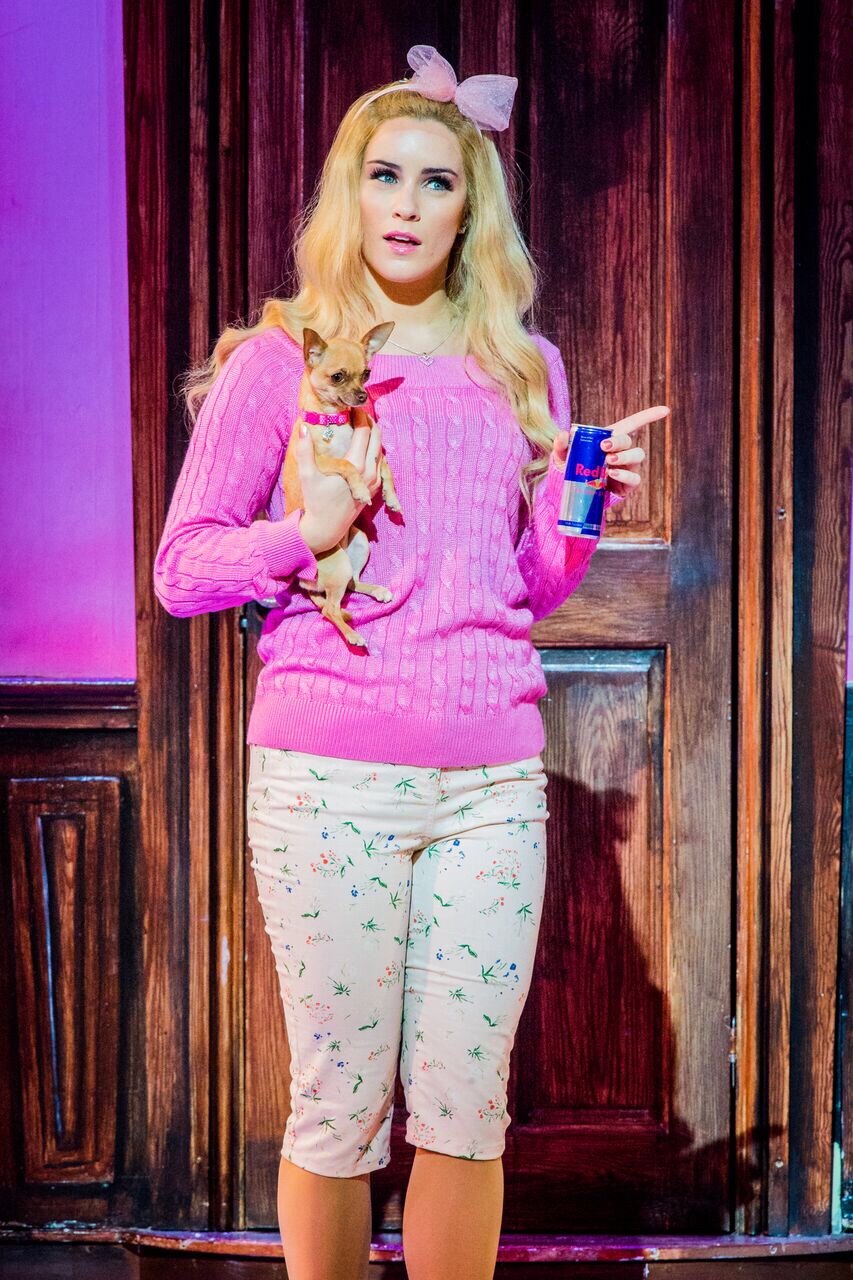 Jones was fantastic in her role, her voice is incredible and her portrayal of Elle was superb! Her facial expressions and one liners had the audience in tears of laughter! She really took the character and made it her own! I can see why she’s been in such high-profile and popular shows as she is sensational!

While Elle is at Harvard she meets Emmett played by David Barrett who becomes her mentor and helps her through the legal jargon while taking her mind off Warner the guy she’s there for! Warner is played by Liam Doyle and soon realises he may have made a mistake by letting her go! Both Barrett and Doyle nailed there roles! Emmett as the geek and Doyle as the popular one every girl loves! 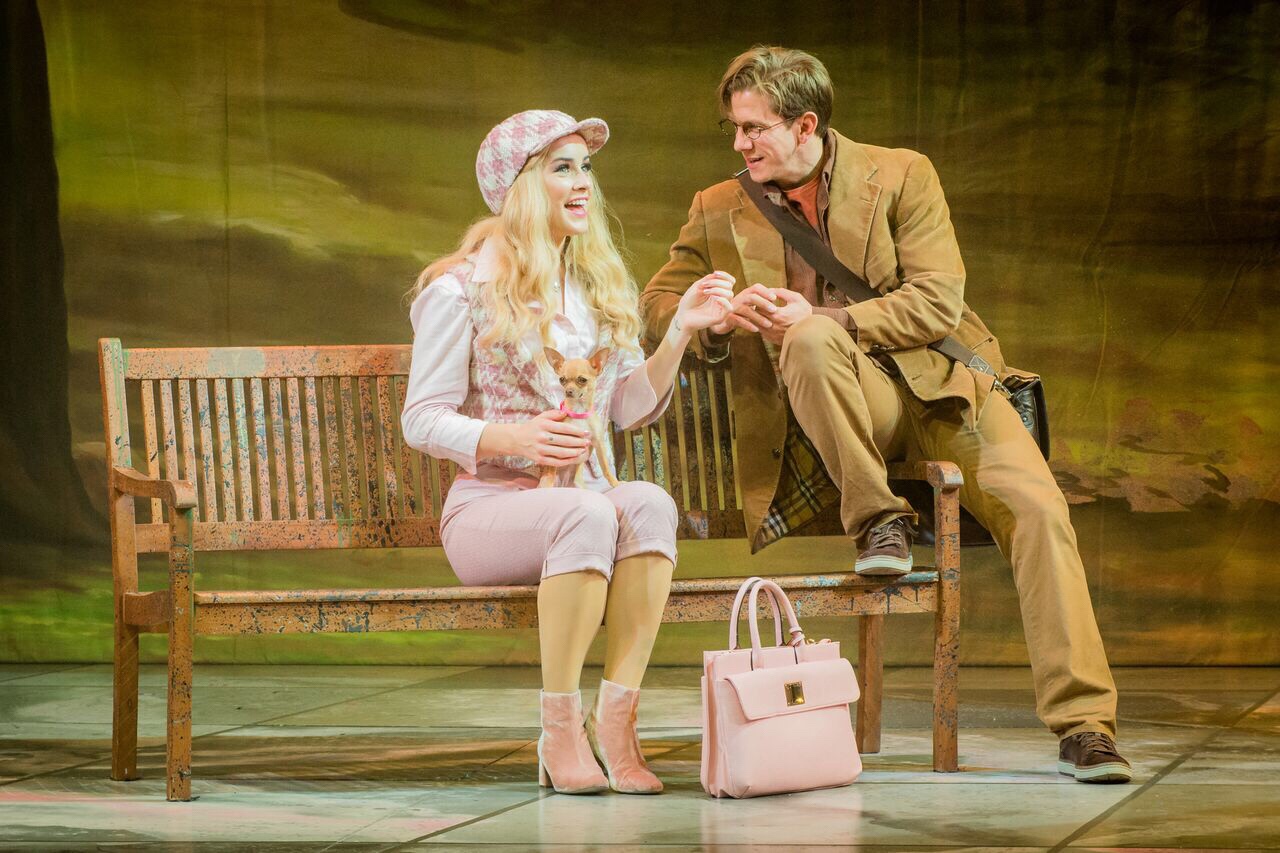 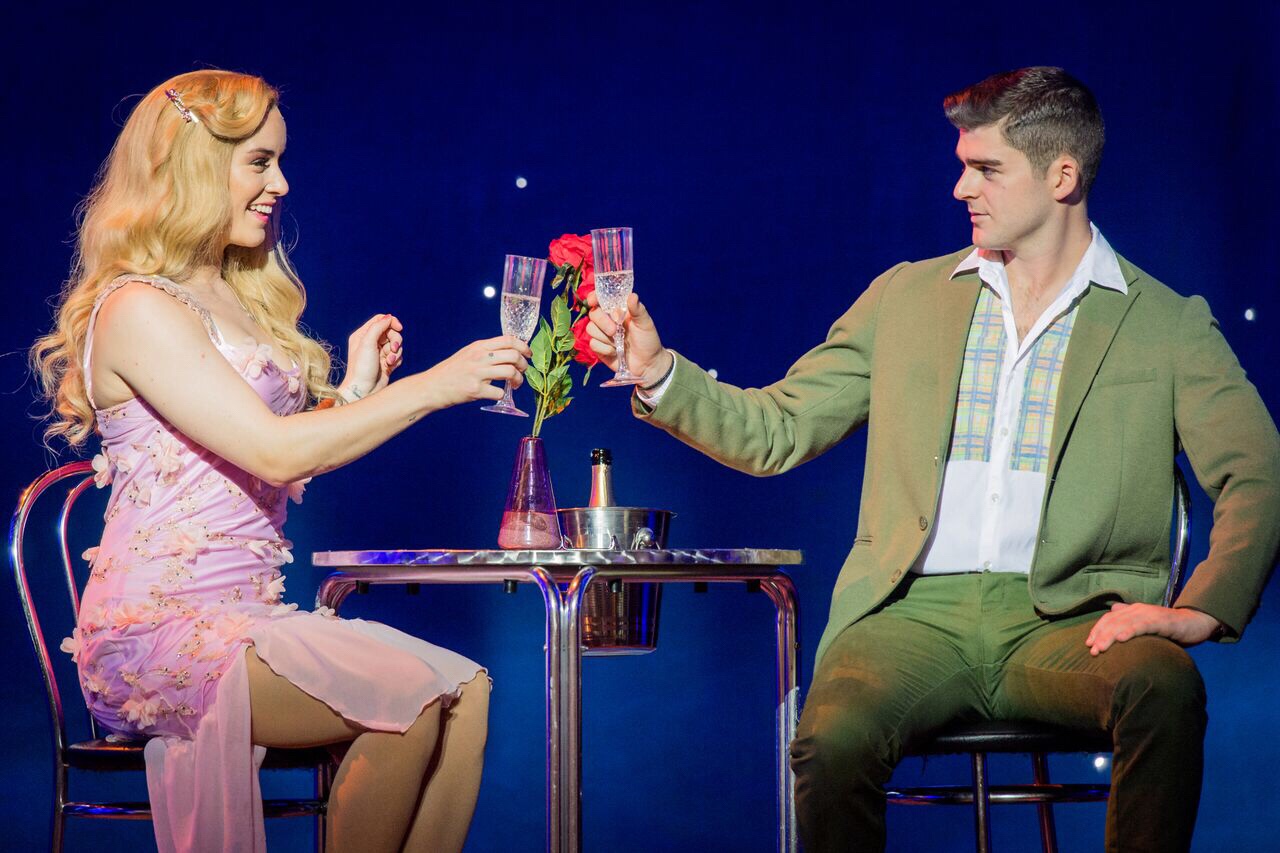 Eastenders star Rita Simons plays the role of hairdresser Paulette and WOW she can sing! I’m used to seeing Rita play fiesta Roxy Mitchell in Eastenders but was great to see another side to what she can do! 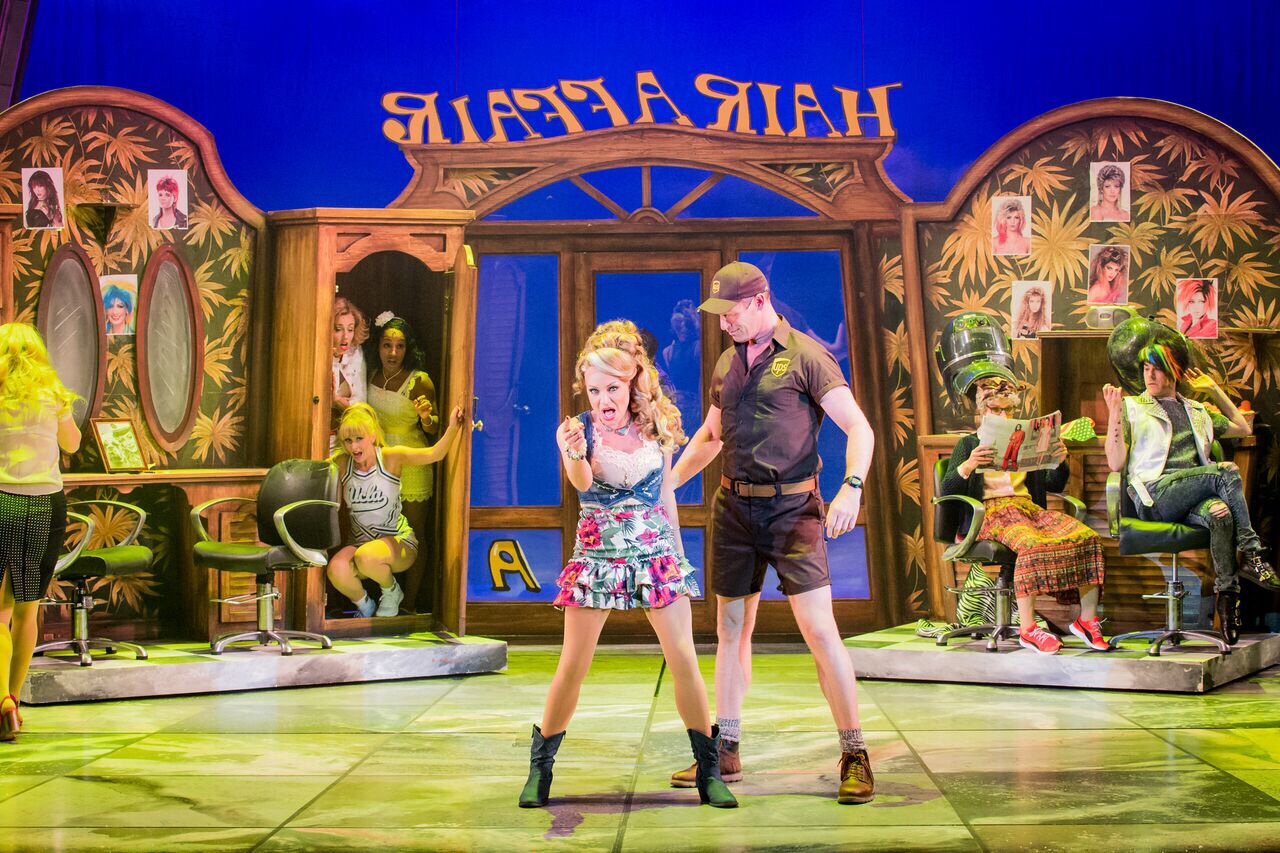 Rita sings, she dances, she acts and can even Irish dance (haha you will see what I mean if you see the show) – her raspy voice was perfect for her character and the role was very well suited. 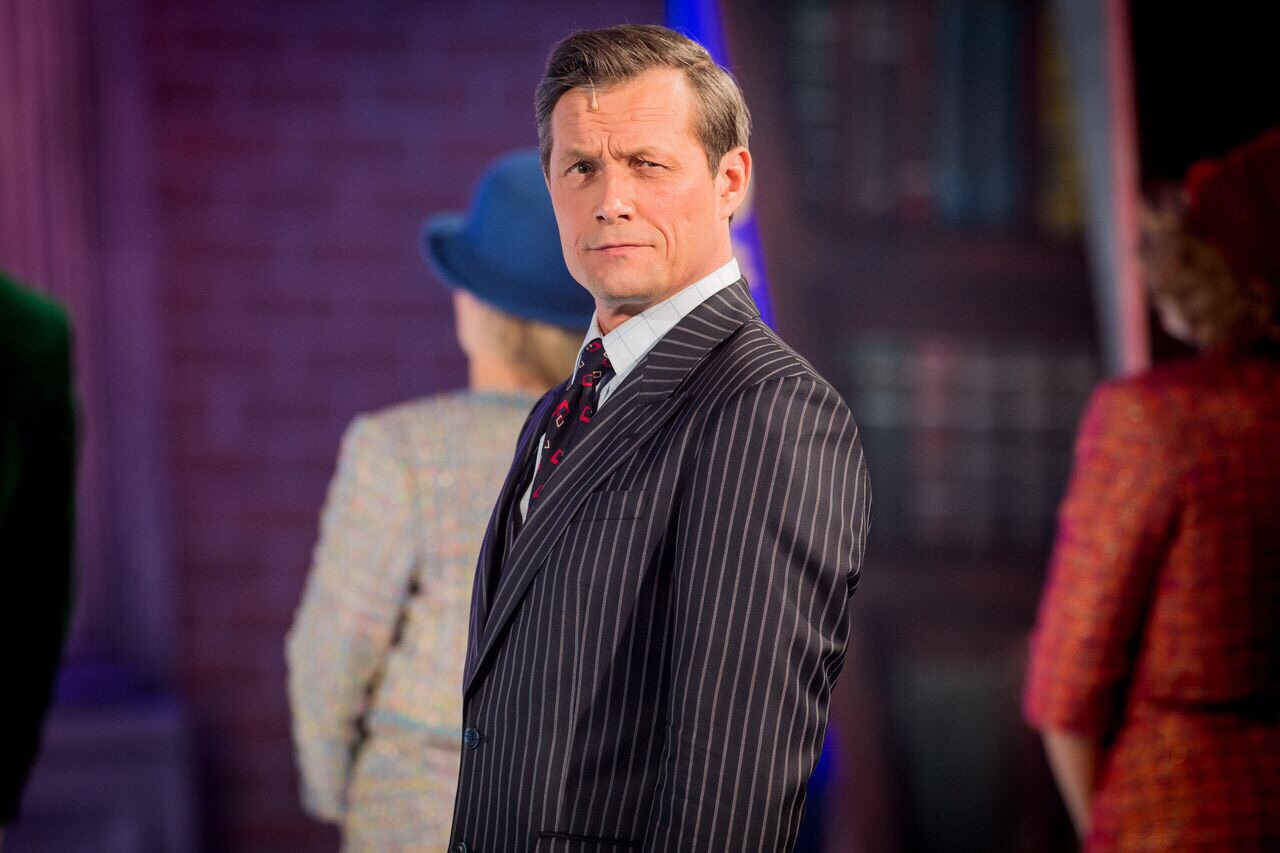 Along with soap star Rita Simons, Coronation Street and Emmerdale star Bill Ward plays the role of Professor Callahan who makes all the decisions when it comes to who’s in and who’s out of Harvard Law School! I’ve only ever seen Ward as a villain in Corrie and a Farmer in Emmerdale so was totally surprised to see him on stage singing and dancing but the role really suited him and he’s actually been in a lot of stage shows!

The Delta Nu girls from Elle’s sorority in the show were hilarious! I would name them but I’m not 100% who was who! It was a very big cast who were all fantastic! From staging and lighting to the acting and singing it was a super fun show which would make anyone laugh! 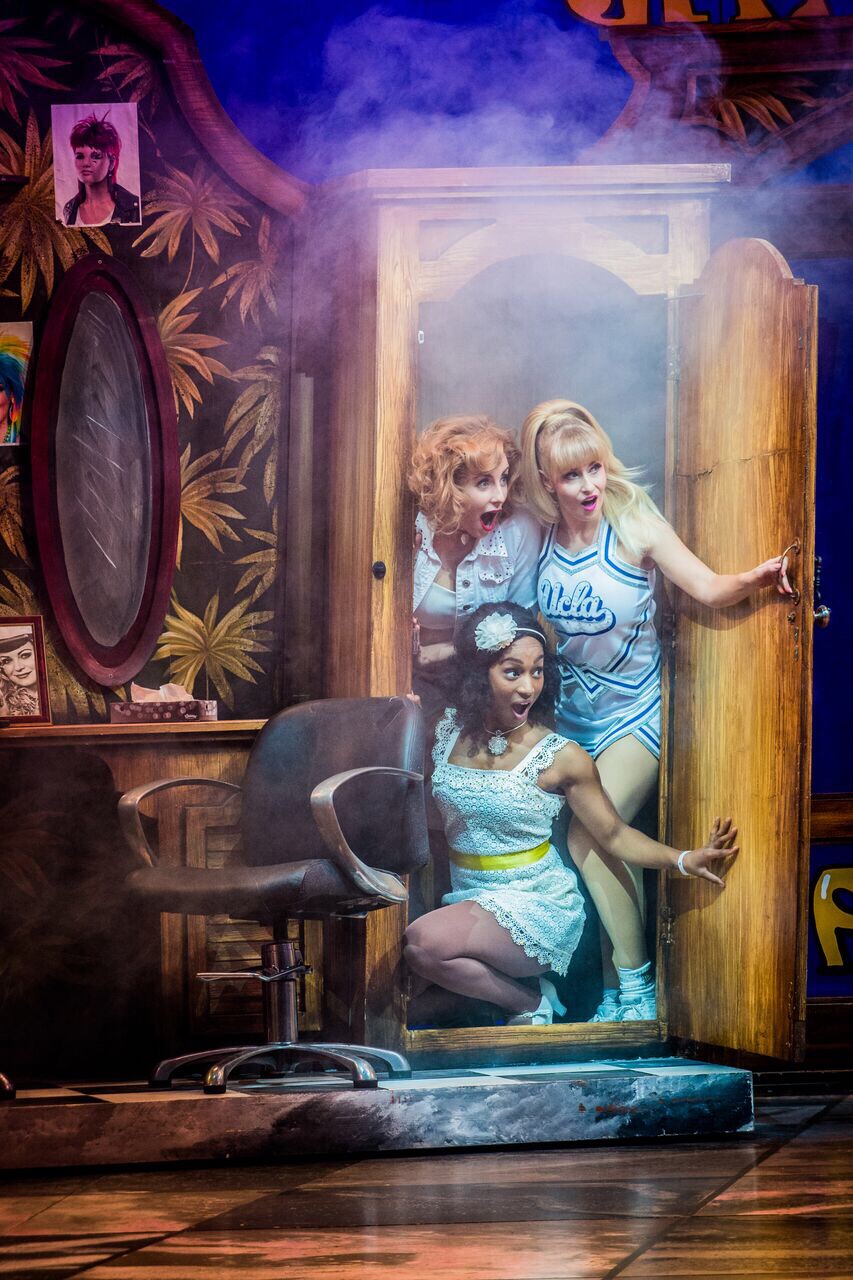 It was funny to see all the men in the audience with their wives and girlfriends who really didn’t look like they wanted to be there, but within 10 minutes were probably clapping harder than their other halfs! The show is contagious and you can’t help but smile and laugh throughout!

Legally Blonde The Musical is at the Theatre Royal Brighton until Saturday 16th June with performances every evening at 7.45pm and Matinees on Thursday & Saturday at 2.30pm. Click HERE to book!