Last night I was at the press night of Flashdance The Musical at the Theatre Royal Brighton which stars Strictly Comes Dancing’s Joanne Clifton, and 90s A1 boy band star Ben Adams.

I haven’t actually seen the film, so went in with nothing to compare it to which I kind of liked! The show is about Alex, an 18-year-old welder by day, and wannabe dancer by night! Due to no professional training Alex’s spends her nights dancing at Harry’s bar but she wants bigger! 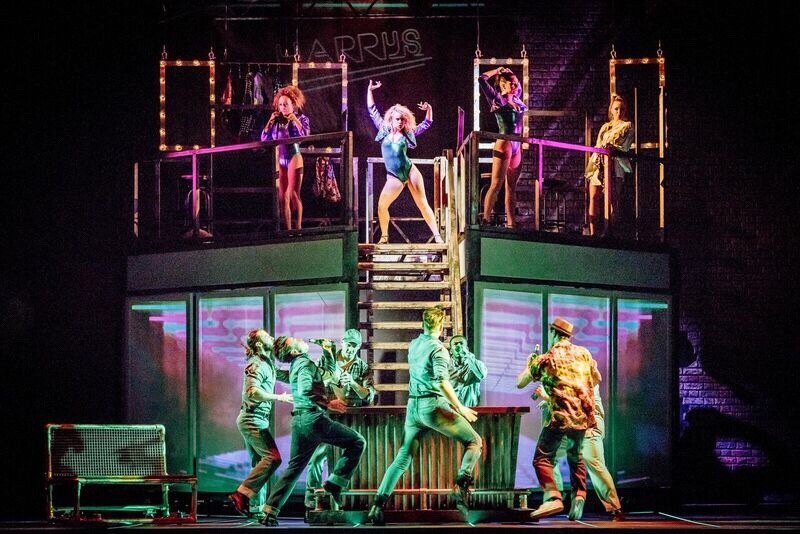 When Alex strikes up a unlikely relationship with the steel mill owners son Nick, it seems her love life and prospects of dancing professionally is on the horizon! Oh What a feeling!

Joanne Clifton is best known for being one of the professional dancers in the BBC series Strictly Come Dancing, which she won in 2016 with celebrity partner Ore Obuda. She left the show to pursue her musical theatre career, and oh my what a good decision that was! Clifton was phenomenal in her role as leading lady Alex, obviously the dancing skills were second to none but the voice is also incredible! I felt exhausted just watching her on the stage! 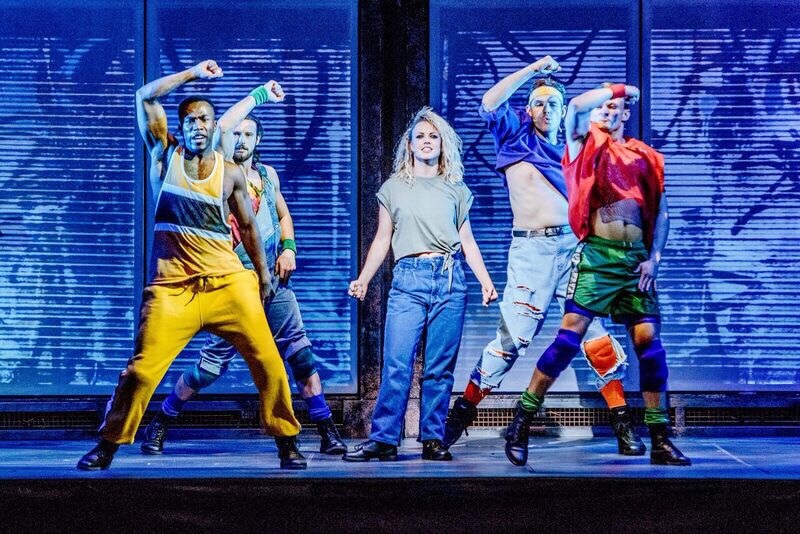 Nick Hurley is played by 90s boy band star Ben Adams who was in A1 in the late 90’s, I wasn’t to sure what to expect voice wise and everyone knows boy bands are better together but I was pleasantly surprised to hear how strong and suitable his voice was for the role! Paired with Clifton the both of them did an excellent job when singing.

So much so that in November 2017 when Clifton and Adams released the song Here & Now from the show it went straight into the iTunes soundtrack charts as No1!

I took my mum as my +1 as she loves the original film, and kept saying “oh I hope they do the water scene!” if you’ve seen the film or are a fan then I’m sure you know what she meant . . . I didn’t until I YouTubed it before seeing the show! But YES the water scene does feature in the stage show! Along with some of the classics songs including What a Feeling, Maniac and I Love Rock & Roll! 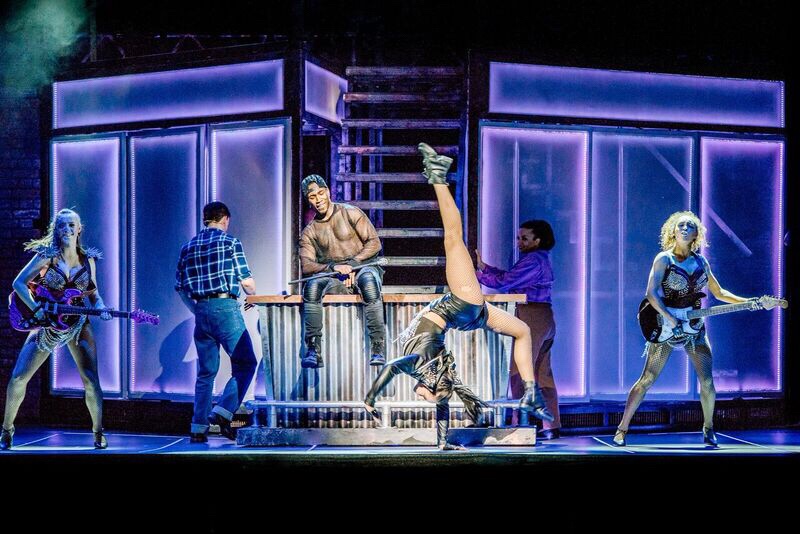 Obviously Flashdance is all about the dancing, which there was A LOT of! Alex’s friends from Harry’s club are the people she confides in and the people she dances the night away with! Kiki played Sia Dauda and Tess played by Demmileigh Foster were fantastic! Each had their own song/performance and my mouth dropped a few times in awe of just how good the dancing was! I would literally break my back if I tried to do anything like it!

Staging can be difficult when you are trying to condense a film with a lot of scenes and settings down to 1 stage, but it was done effortlessly! The transitions were clean, and it was also easy to tell which scene we were watching, wether it be in Harry’s Bar, Alex’s home or the dance studio. The use of a projector was also great, and of course the water scene! Show stopping!

If you’re a fan of the film then this musical is definitely for you! Or if you are a fan of 80s music in general, get your lycra and leg warmers out and book yourself a ticket NOW!

Flashdance the Musical is at the Theatre Royal Brighton until Saturday 14th April 2018, with shows every evening at 7.45pm and matinee performances on Thursday & Saturday at 2.30pm. Click HERE to book.

Or if you are in any of the other locations Flashdance is touring – Click HERE to book tickets.