Brighton Rock is based on the 1938 novel by Graham Greene of the same name! Made famous by the 1948 movie starring Richard Attenborough who played violent Brightonion gang leader Pinkie Brown, and later in 2010 adapted for a second time with Sam Riley as lead gangster Pinkie! It was in 2010 when the infamous story came onto my radar as I remember seeing it at the cinema and loving it! Anything which features my hometown of Brighton gets my vote! 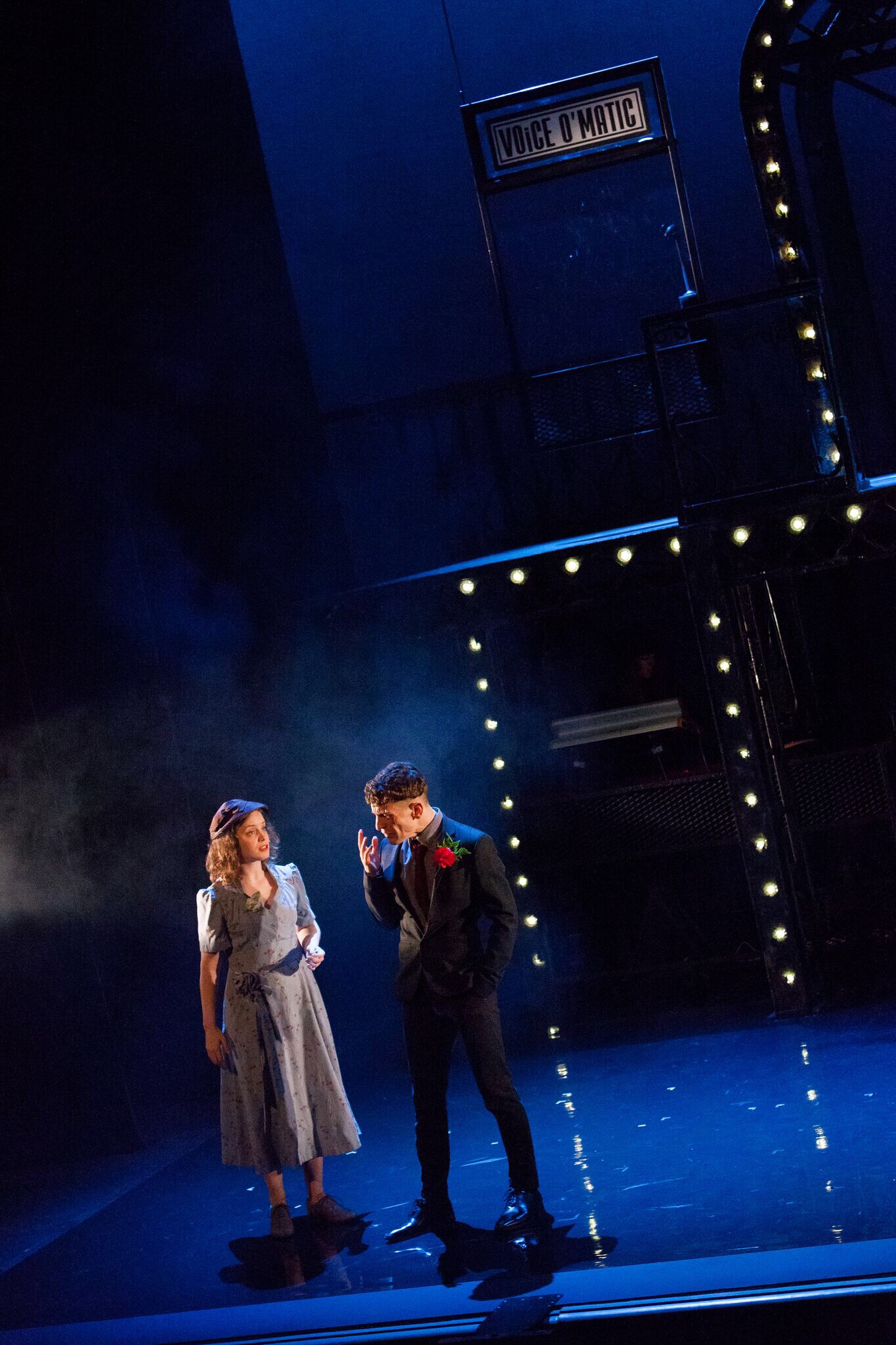 If you don’t know the story then here is a little glimpse into the world of 1930’s gangster Brighton:

Pinkie is a 17 year old wannabe gangster, Rose is a 16 year old waitress and the pair get embroiled into a world of vicious gang war! Rose is a sweet an innocent Catholic girl, whereas Pinkie has a dark history! See how 1 event can change both of their lives.

Gangs are untouched by the police and people are paying for protection! What could go wrong?

The play was fantastic! There is no other word for it! I couldn’t help noticing the difference from the film and the play, and I’m guessing the play is more like the book than the film? I haven’t read the book yet but have just ordered this from Amazon! Most notable difference is Ida in the play, as she is visiting Brighton however in the 2010 film she is the manager of the café Rose works at . . . but anyway I’m rambling! 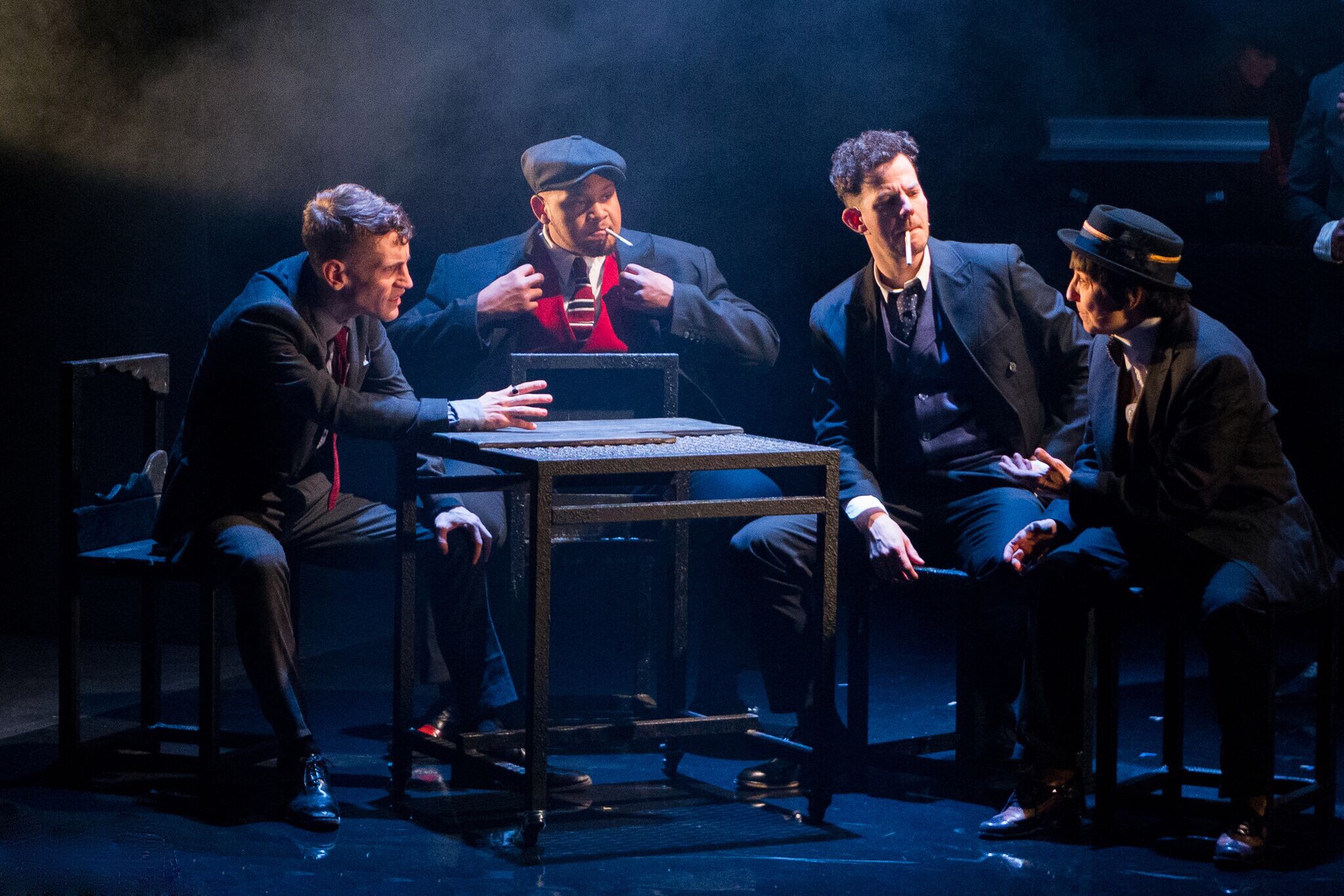 My favourite character was probably Ida played by Gloria Onitiri! Her laugh made me chuckle every time! And the few times she sang added a whole new dynamic to the play. It’s a gritty gang story, so wasn’t expecting any singing (it’s no means a musical) just a few tracks and versus are sung which work really well. 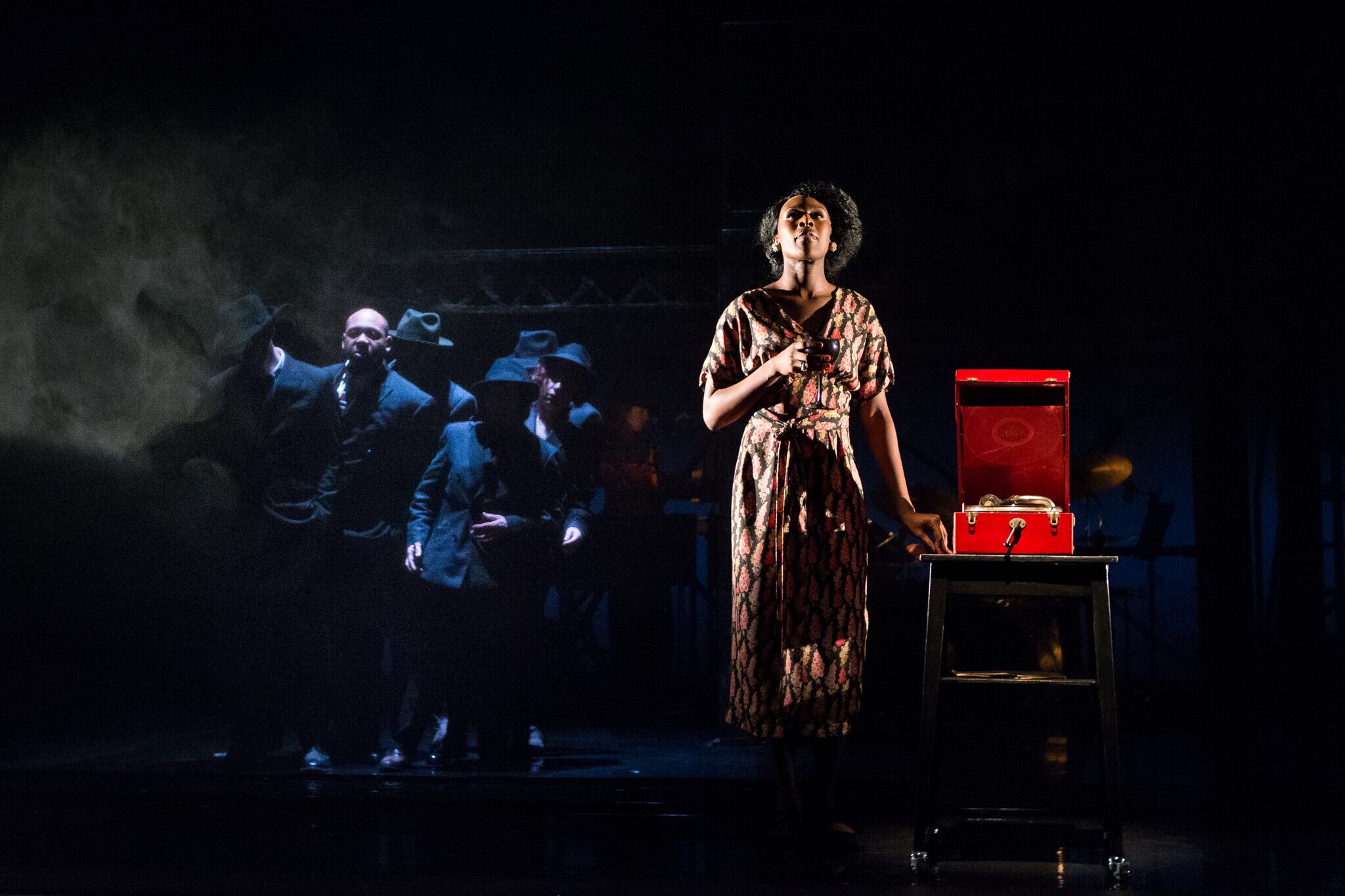 Pinkie played by Jacob James Beswick and Rose played by Sarah Middleton were equally fantastic! The casting was perfect! I’ve only ever seen the 2010 film so I did find myself comparing the actors and they are very similar. Pinkie is a scary character and I thought Beswick did a fantastic job! I wouldn’t like to see him on a dark Brighton alley!

Rose is the 2010 film is great, and so is Middleton as Rose in this play. So happy to please, and a character you instantly feel for! 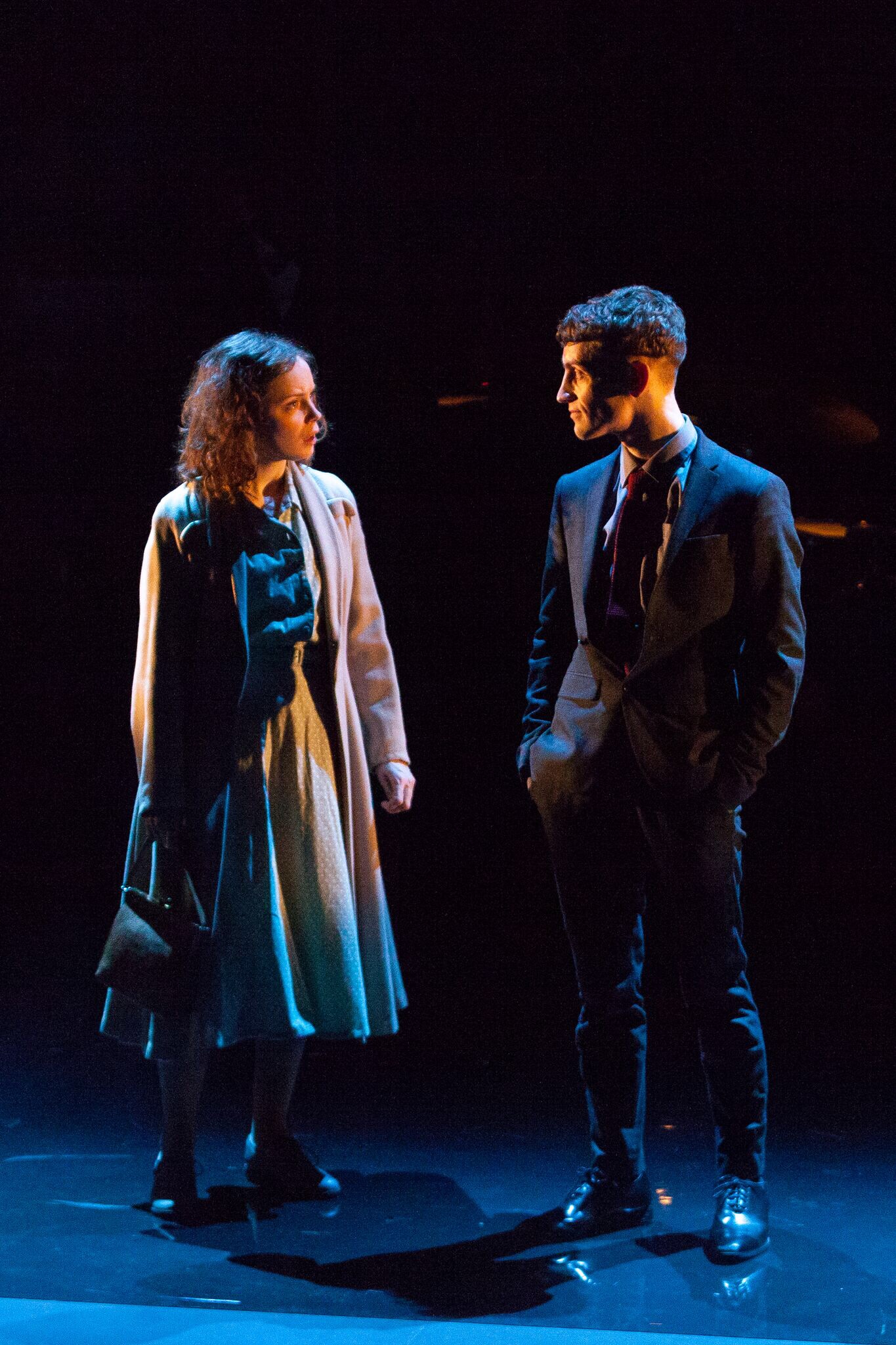 Staging was very simple which worked really well, the transitions and the way the stage moved must have taken forever to organise! It’s essentially the Brighton Pier, and various objects move to create other scenes.

The supporting cast were excellent, most of them playing multiple characters. 1 minute someone is a gang member, the next they are eating an ice cream on the pier! Fantastic way to do it! And seamless I must say! 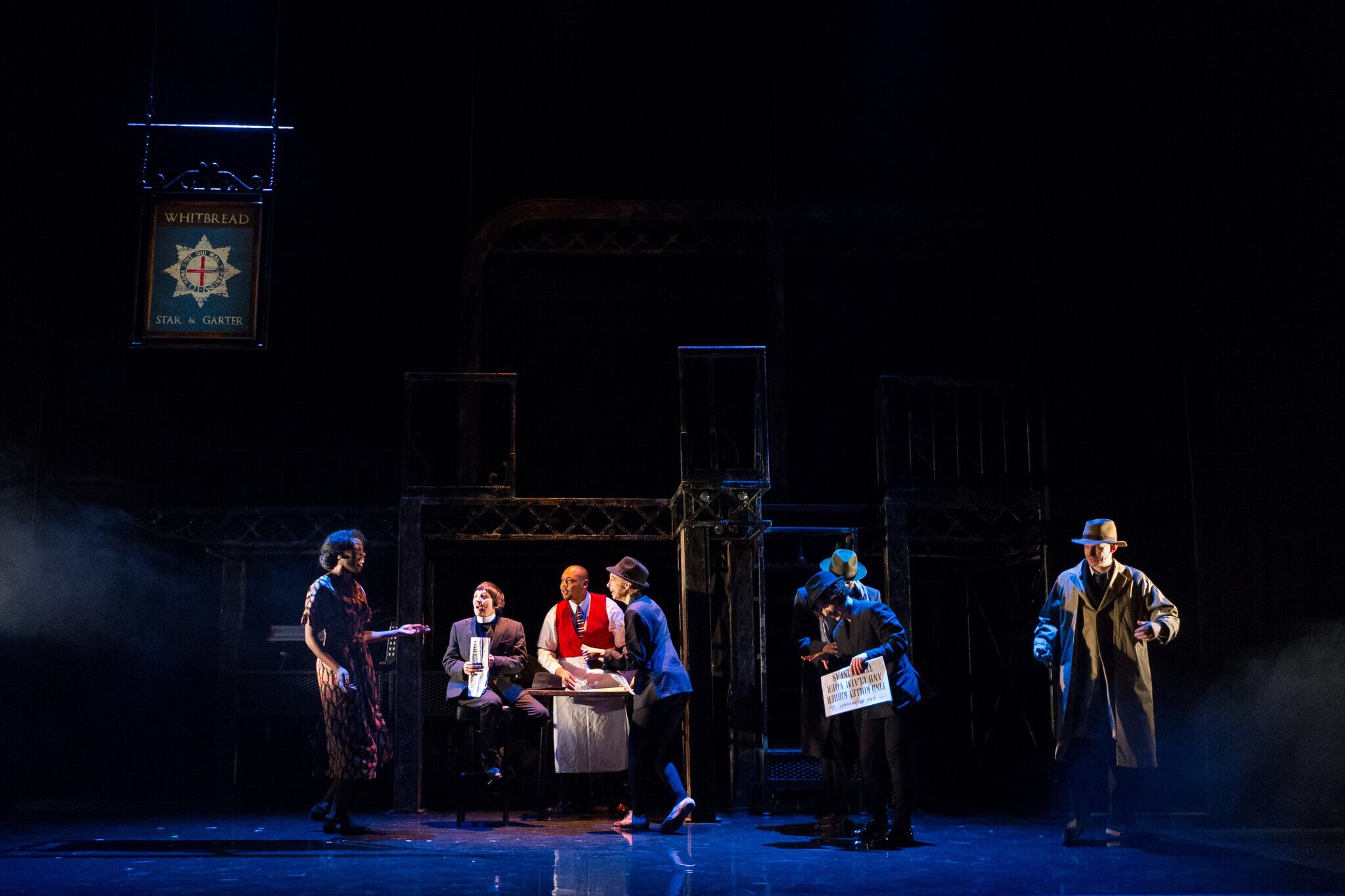 I took my dad with me to see the show and he really enjoyed it! If your mum is in to gangsters then maybe get her a ticket for mother’s day!

Brighton Rock is at Theatre Royal Brighton until Saturday 10th March with shows every evening at 7:45pm and matinee performances Thursday and Saturday at 2.30pm. CLICK HERE to book tickets!