So my first show of 2018 and what a great show it was! Strangers on a Train based on the world renowned 1950 novel by Patricia Highsmith was fantastic! Gripping production with many twists and turns!

I am slightly obsessed with trains and love anything murder mystery related so I was super excited for this one and it did NOT disappoint!

What’s it all about?

The show opens with a train carriage introducing lead characters Guy Haines played by Call the Midwife vicar Jack Ashton and Charles Bruno played by Coronation Street bad boy Chris Harper. Guy is a successful happy go lucky businessman whereas Charles is a cold calculated individual with a dark secret. After 1 to many drinks the both of them come up with a plan which will change the both of their lives forever! 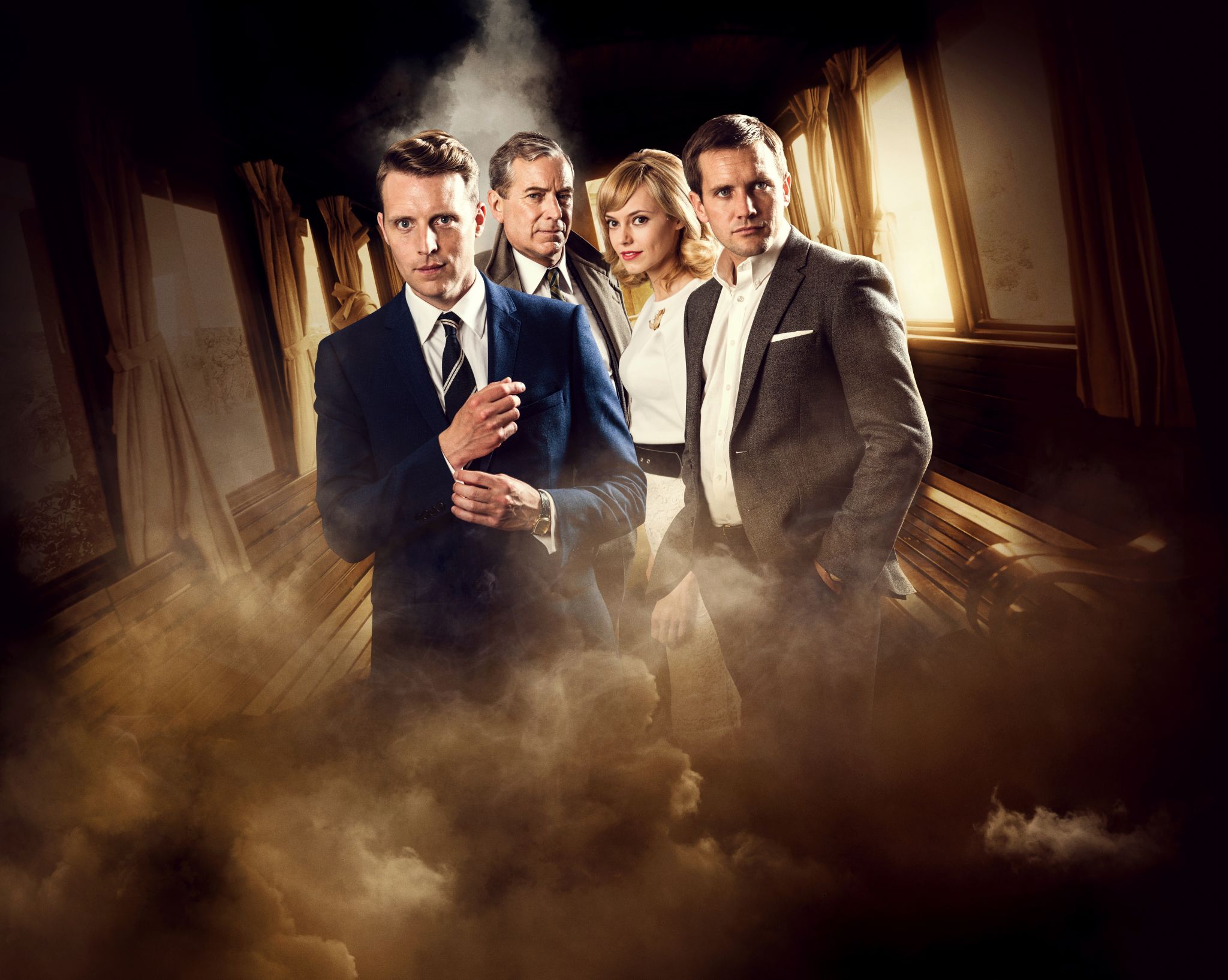 I had never heard of Strangers on a Train before, so when I read about the play and realised it was set in America I was a little dubious as to whether the actors could pull off the American accent but I needn’t worry as they were all fantastic.

Jack Ashton plays the role of Guy Haines, a very sane and happy man which soon changes once Charles Bruno played by Chris Harper corrupts his life! Both actors were fantastic and really played off each other. The pure hatred Guy has for Charles is so believable on stage. They also have a few scenes which made the audience laugh . . . but most of the time the audience were in shock of what was happening! 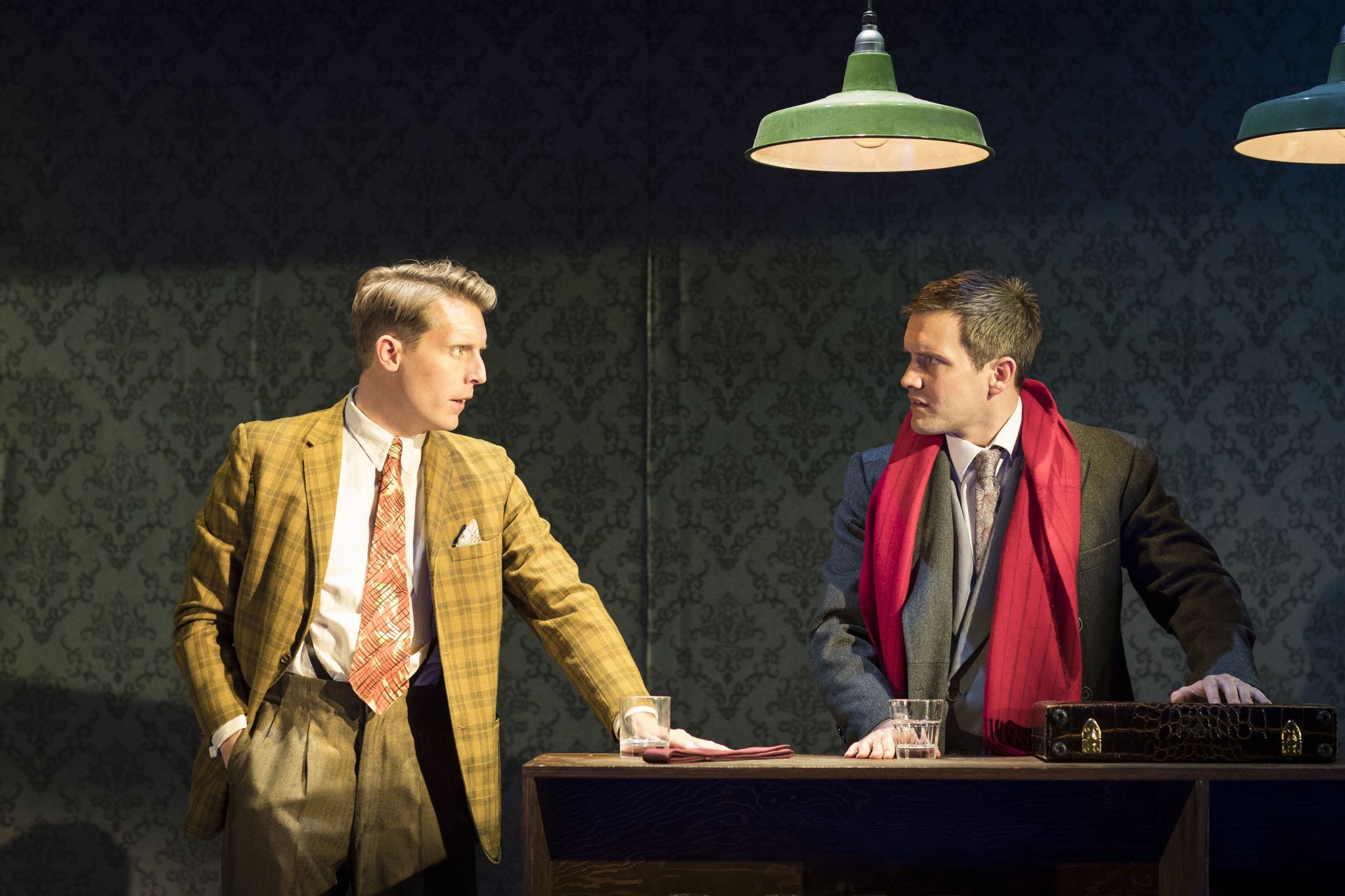 Someone I was really looking forward to seeing on stage was Hannah Tointon, younger sister of Kara Tointon who I saw in Gaslight a while ago. Hannah is fantastic in her role of Anne Faulkner which is a million miles away from her character in The Inbetweeners! 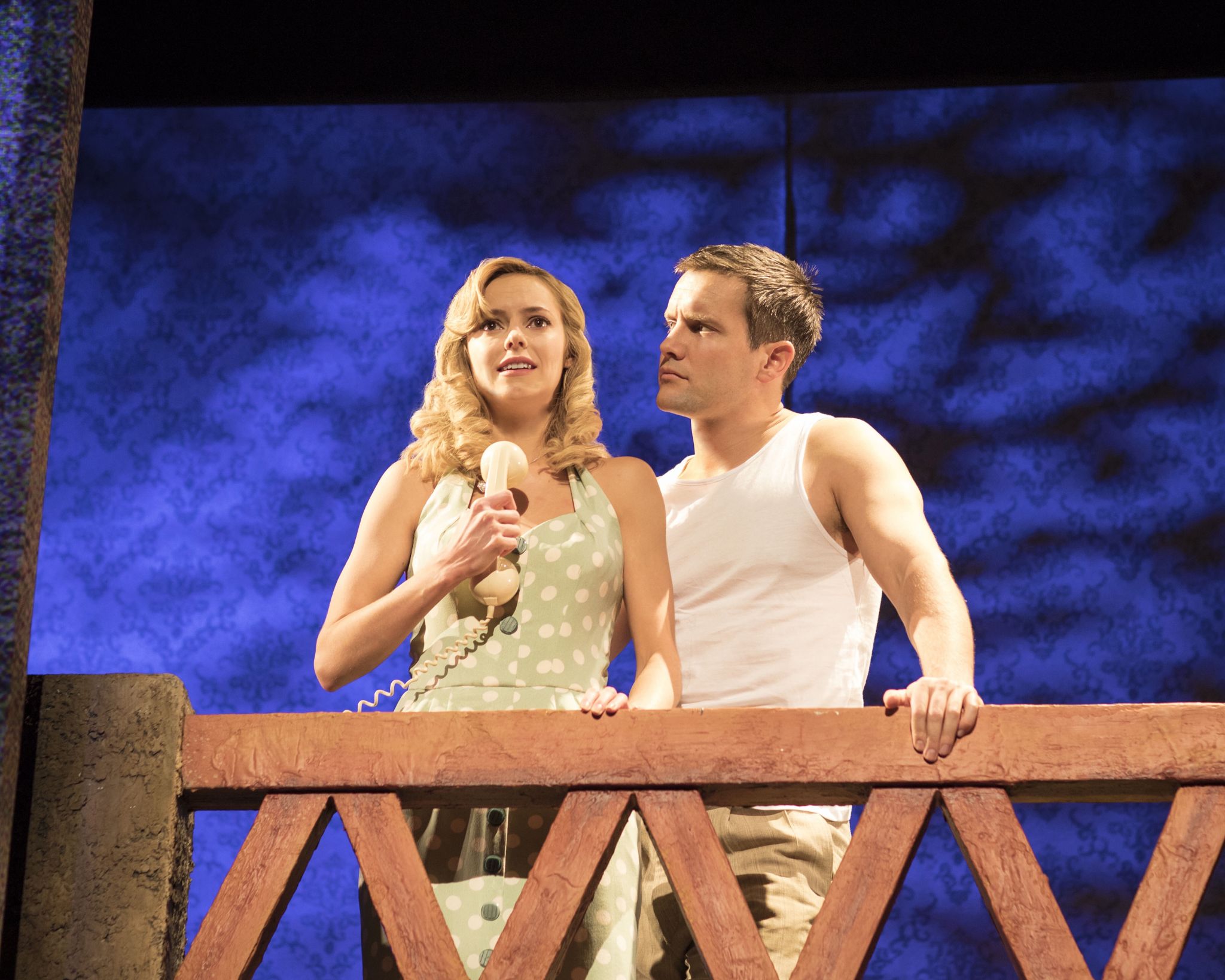 In act 2 you are introduced to Arthur Gerard the private investigator played by Emmerdale’s John Middleton who was fantastic! It was really refreshing to see Middleton take on a role completely different to the role of Vicar Ashley in Emmerdale. 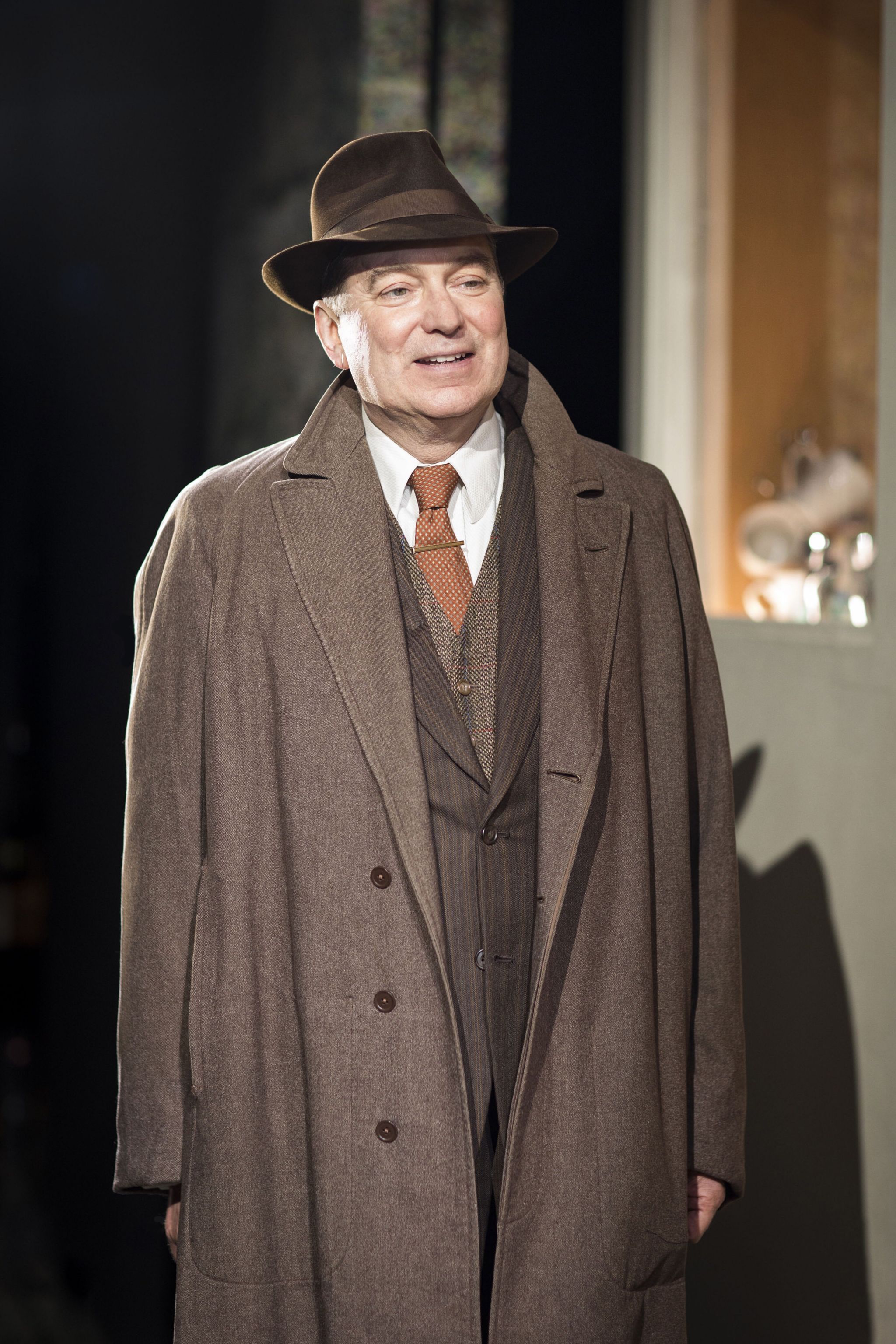 I do think some of the last few scenes could have been shorter but that was only my personal opinion, the last scene was definitely needed to finish this thrilling story.

Strangers on a Train was also adapted into an Oscar winning film in 1950 by none other than the legend Alfred Hitchcock so that’s definitely a film I need to add to my watch list.

The staging was fantastic! The way it kept transitioning from a train carriage, to multiple houses and scenes was absolutely seamless. It never looked like a stage as the way the stage was operated, it all crossed over perfectly ensuring there was never any physical movement (all automated)