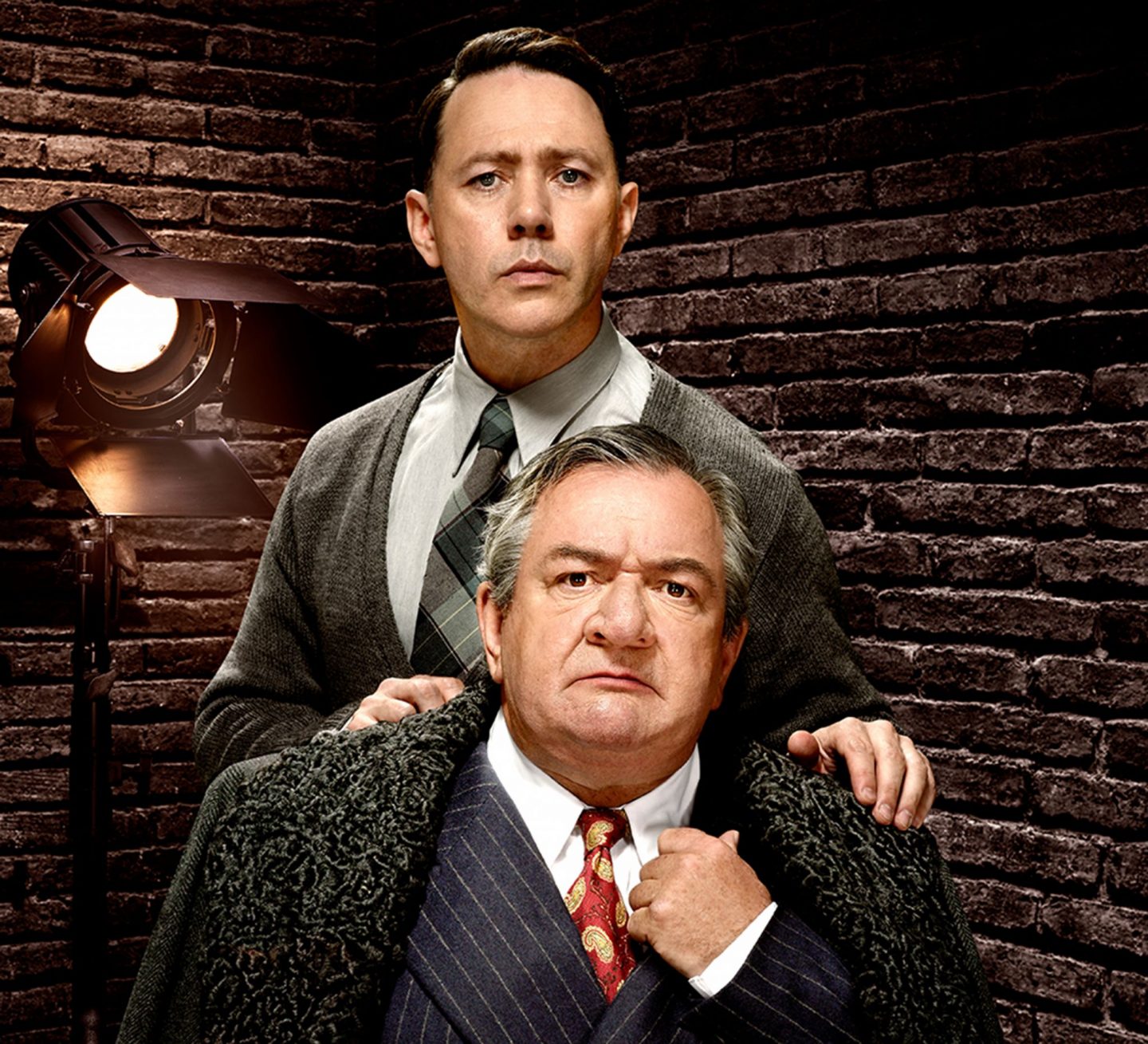 Last night I had the pleasure of watching Ronald Harwood’s prestigious revival of The Dresser. Staring the absolutely incredible Ken Stott and Reece Shearsmith at Brighton’s Theatre Royal where it stays until Saturday 24th September 2016.

The Dresser was first performed in 1980 in London’s West End, before heading to Broadway and eventually being made into a multi award-winning film starring Albert Finney and Tom Courtenay, and also a TV film adaption was premiered on BBC Two in October 2015 which stared television and film veterans Ian McKellen and Anthony Hopkins.

Set during the London blitz, the play tells the story of exhausted Shakespearian ageing actor-manager (Sir – Kenn Stott) and his long-suffering dresser (Norman – Reece Shearsmith) as they struggle to keep a theatre open during the war! 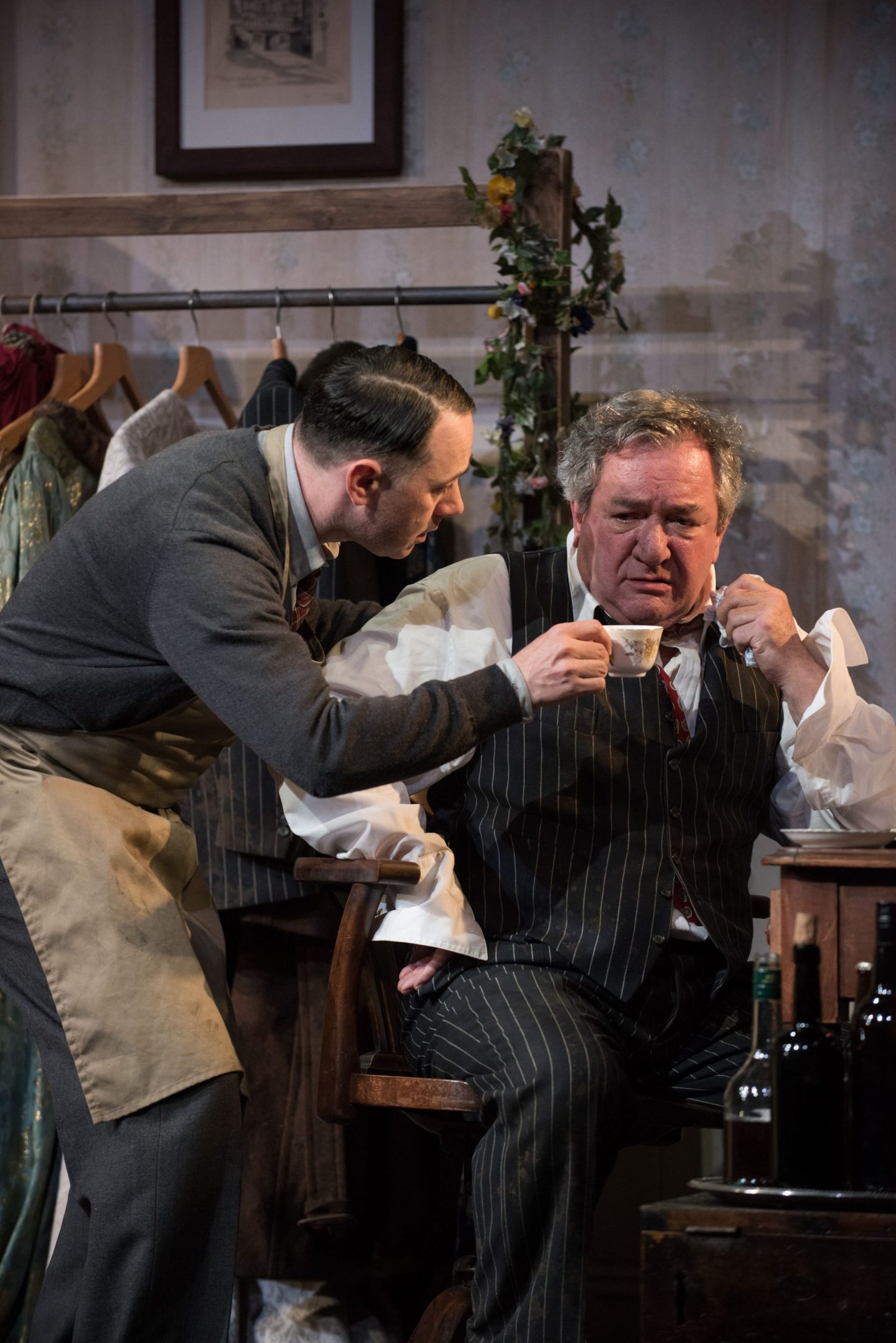 After self-discharging himself from hospital, ‘Sir’ still very ill and in no fit state to perform let alone walk arrives at the theatre debilitated and in tears and into the arms of ‘Norman’, his camp outspoken dresser of 16 years who’s responsible for getting ‘Sir’ ready for his 227th show of ‘King Lear’. His stage manager ‘Madge’ played by Selina Cadell who you may recognise as overwrought pharmacist Mrs Tishell in ITV’s ‘Doc Martin’ urges Sir to cancel his performance, backed up by Her Ladyship who agrees the show must not go on! But ‘Sir’ is not one to disappoint . . the show must go on!

The incredible Harriet Thorpe who you may recognise as ‘Carole Parkinson’ the emotionally unstable receptionist from BBC’s ‘The Brittas Empire’ plays the role of ‘Her Ladyship’, Sirs wife who is part of the theatre company and stars alongside Sir in ‘King Lear’ as the Queen. She was absolutely hilarious and her facial expressions and dialogue had the audience laughing throughout the play. One of my favourite scenes involving Thorpe was the vital wind machine prop fiasco . . due to numerous company members having been ‘called up’ they were missing their wind man! So it fell to Her Ladyship, Norman, Irene (Phoebe Sparrow) & Oxenby (Adam Jackson-Smith) to provide the special effects in which were absolutely hilarious!

The performances from Shearsmith & Stott were absolutely incredible! Both actors have appeared in some of my favourite TV shows/films so I was super excited to see this production and was certainly not disappointed!

Shearsmith opens the play and instantly makes you laugh! I was worried I was going to picture him as past characters from shows I’ve seen him in, but his acting capabilities are extraordinary and he totally transforms himself for this character. His 1 liners and the way he walked and talked just added to the hilarity of his performance. Shearsmith has appeared in a number of films and TV shows my favourite being – Shaun of the Dead, Channel 4’s Max & Paddy’s Road to Nowhere, ITV’s The Widower & High-Rise.

The hairs on my arms actually stood to attention when Ken Stott walked onto the stage, his presence and demeanour as an actor had me in a fluster! Seeing such a great actor so close up and excelling in his performance was a real treat! The vulnerability Stott added to his performance was excellent, and once the ‘King Lear’ beard and wig was on, Stott transformed even further. Stott’s resume is endless but a few of my favourites are BBC’s The Missing, and obviously his performances as Balin in The Hobbit trilogy! 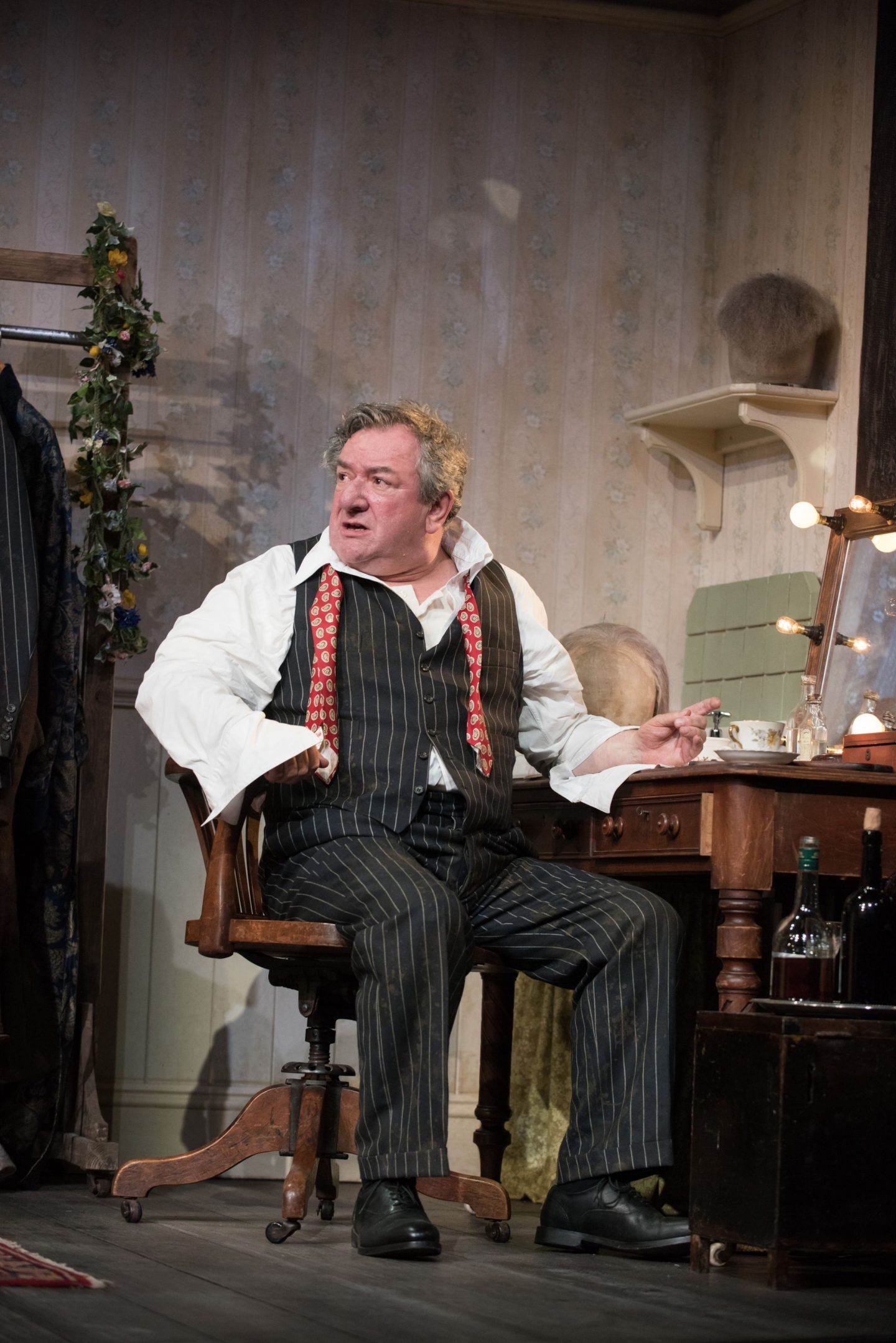 The majority of the play is set in ‘Sirs’ dressing room, with a few “behind the scenes” shots of the ‘King Lear’ performance. The transitions were effortless and the set has been designed to show the actors in action, while moving around the stage. So for example walking from the dressing room to the stage you can actually see the cast walking through the corridors which I thought was great, as there are never any scenes where you are just looking at a moving set.

The Dresser is at the Theatre Royal, Brighton until Saturday 24th September 2016 with evening performances at 7.45pm and matinees Thursday & Saturday only at 2.30pm. To book your Brighton tickets CLICK HERE.