We now have a Steinbeck & Shaw in Brighton! I was invited to the opening on Friday 14th July 2017 and got the chance to take a look around and speak with venue manager Damian King about the bar and what Steinbeck & Shaw is all about. 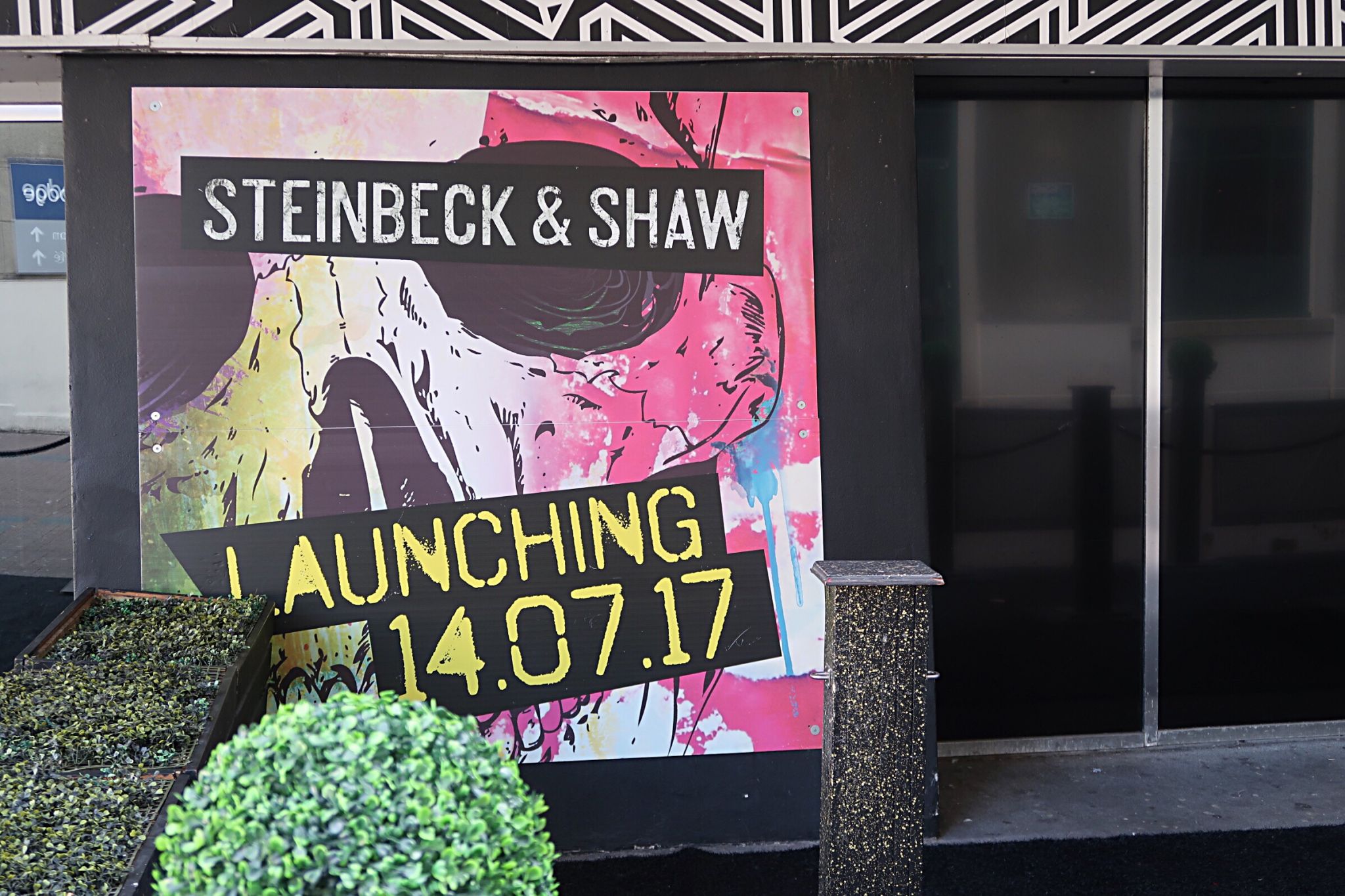 When me and my friends go out we tend to avoid West Street in Brighton at all costs as it’s the main strip of clubs and has a very bad reputation . . . the new Steinbeck & Shaw sits right at the bottom of West Street opposite the beach so I was very dubious about what it may be like?

But its fair to say venue manager Damian King and the Delta Group have turned this space into a friendly venue which puts to bed the myths and legends of the infamous West Street in Brighton. Goodbye to the scary doorman dressed in black and hello to tweed waist coasts and brogues (a lot less intimidating) which is nice to see. 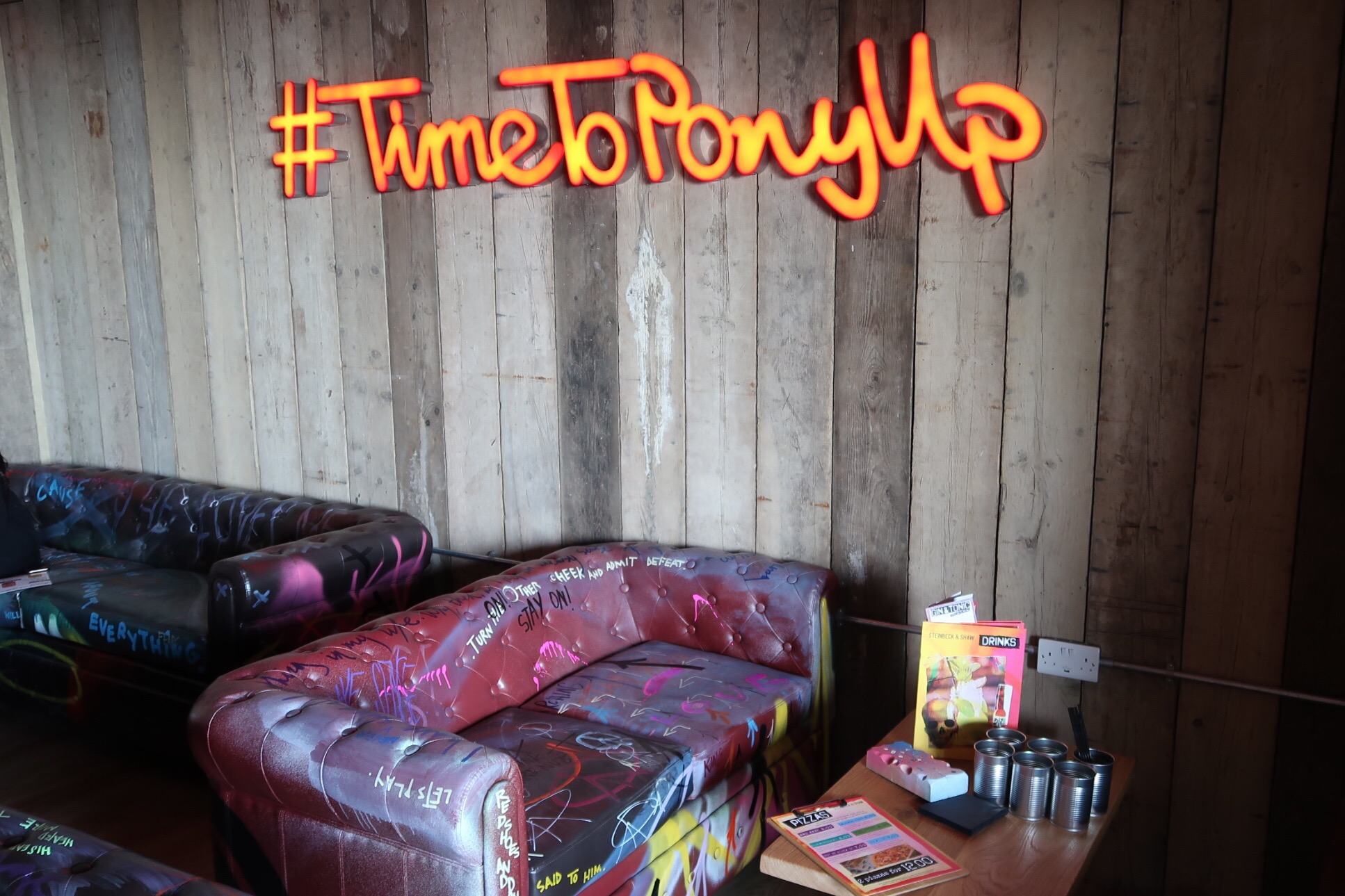 After a £425,000 refurb the place looks unrecognisable! Decked out with Chesterfield sofas with graffiti featuring author John Steinbeck quotes, the bar is very on trend and looks like a Shoreditch club.

S&S also offer food in the form of Pizza’s which looked very nice, and are cooked behind the bar in front of your very eyes! All staff are fully trained in making cocktails, the head barman made my Mojito which was fresh and went down very well! Served in a mason jar so adds to the quirkiness of the bar. 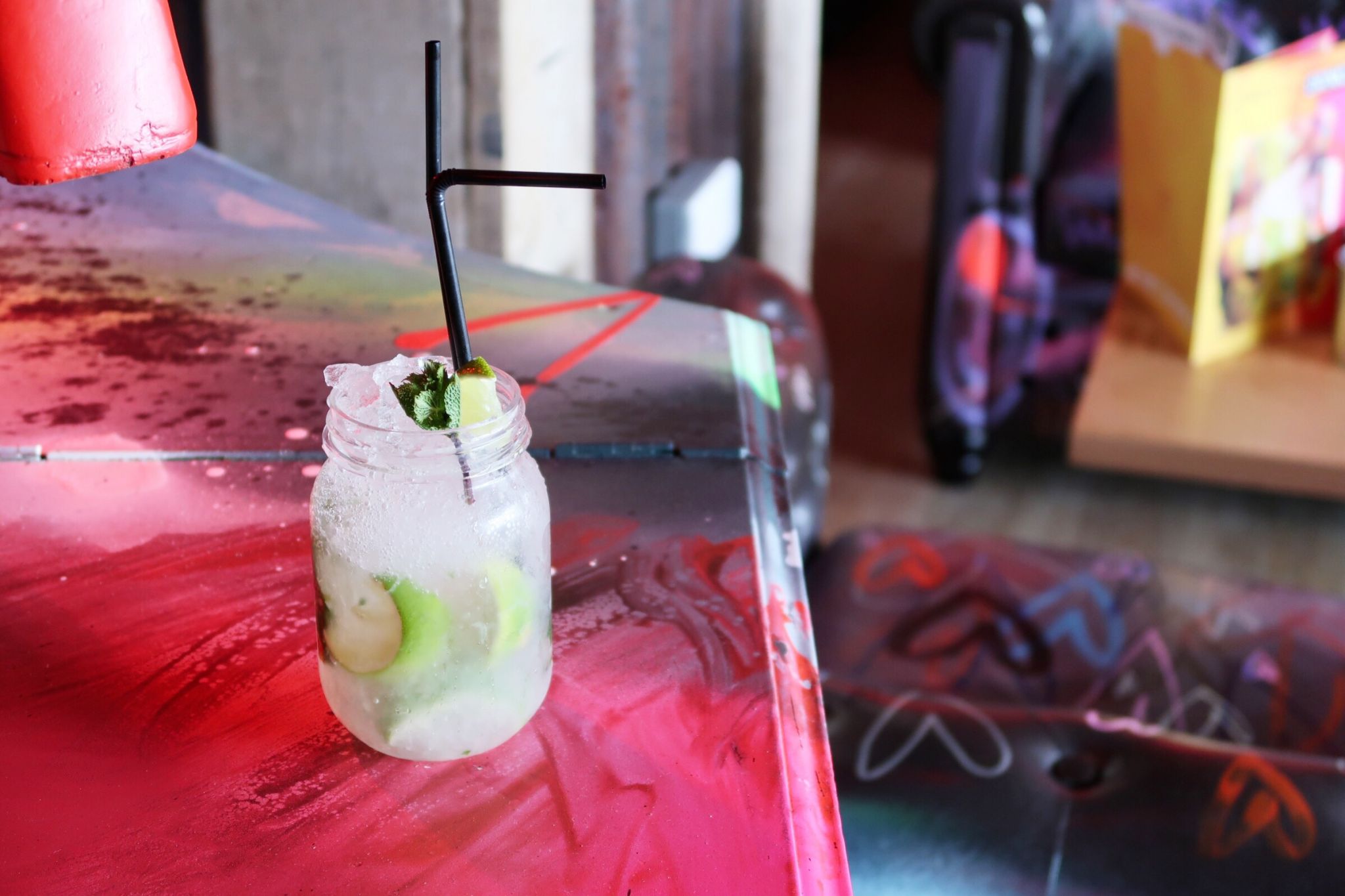 It’s essentially London living but Brighton prices! A massive 50% HAPPY HOUR everyday from 5pm – 10pm on all drinks! So your essentially getting a cocktail for £4-6 which Is a total bargain!

I was only in there a few hours, but the music was current and I can definitely see myself there again with friends. Damian and his team are putting in the work to change the stereotype of Brighton which I think they are totally going to pull of! 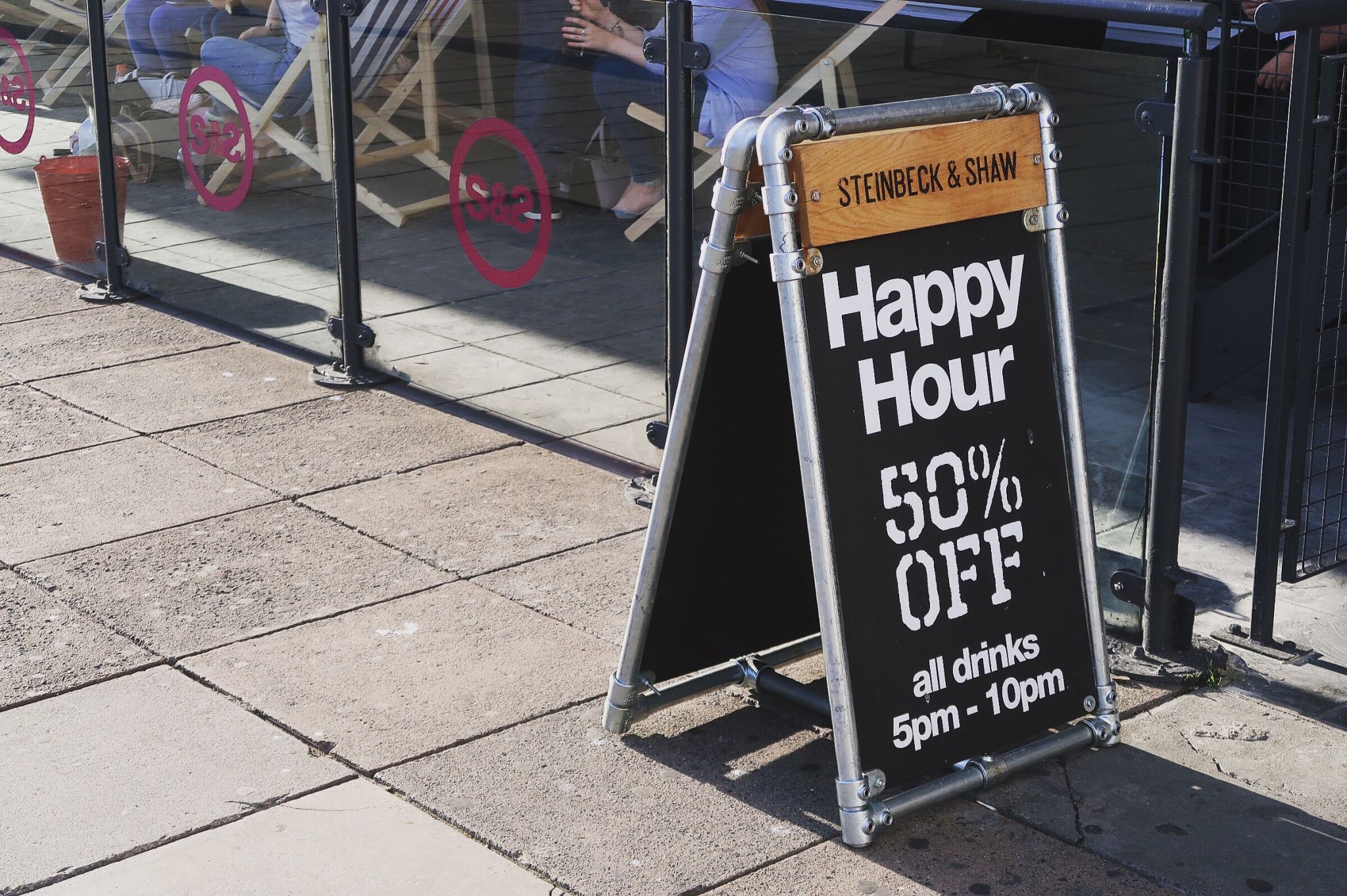 If you’re a fan of craft beers, fresh cocktails and a massive range of spirits then definitely check out Steinbeck & Shaw if you’re in Brighton. Special occasion? You can even book a table and receive personal table service so you don’t even need to go to the bar!

Right opposite the beach so when the suns out, it’s even better! Let me know if you go! 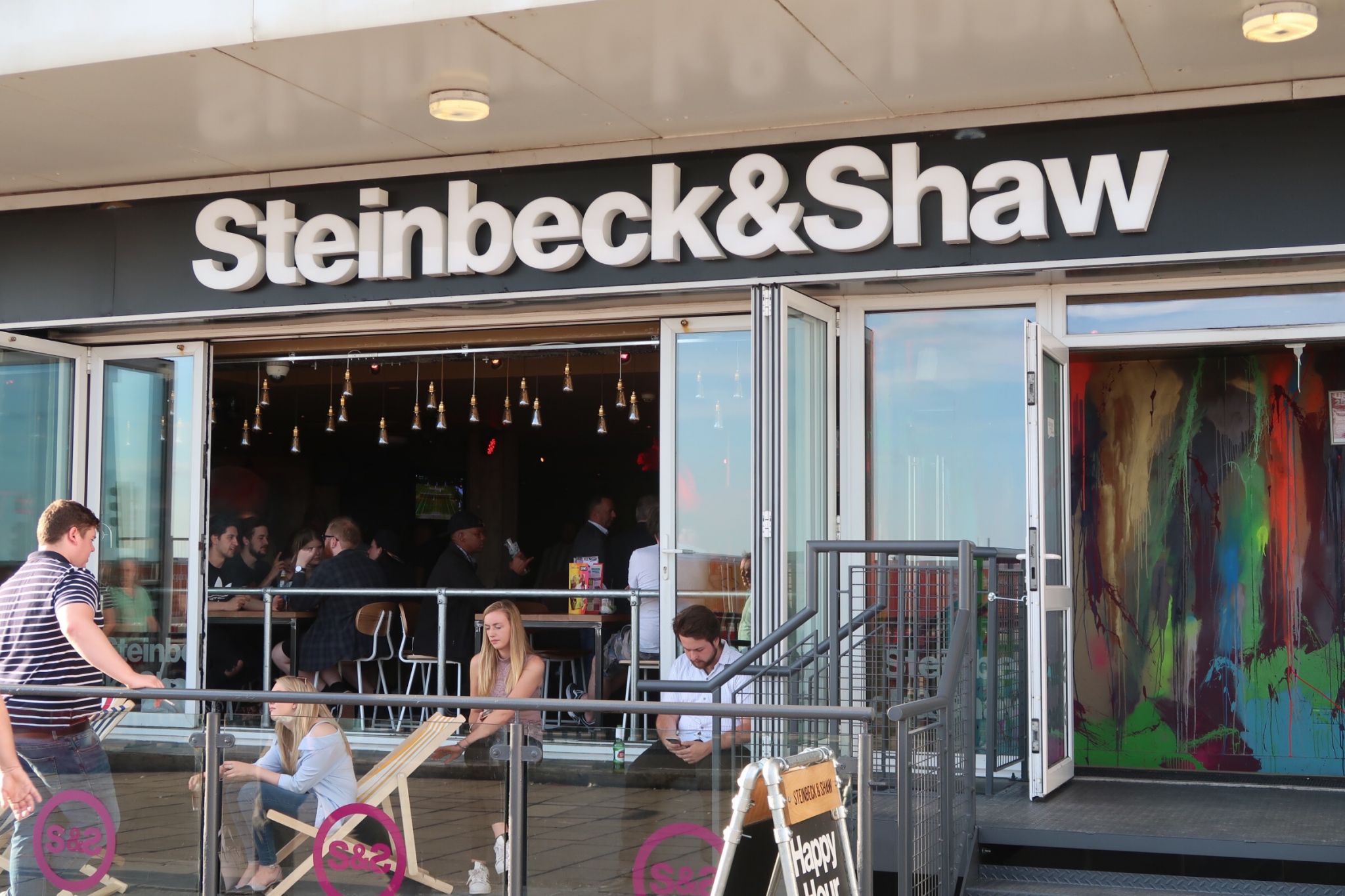