“Footloose will have you up on your feet! #CutLoose ” – Modish Male

Produced by the award-winning team at Sell A Door Theatre Company, Footloose the rock ‘n’ roll musical has been remastered and is touring the UK until October 2016! I saw the show at Brighton’s Theatre Royal which is home to Footloose until Saturday 30th July before moving onto The Bristol Hippodrome.

Based on the 1984 film of the same name, Footloose follows the story of Chicago City Boy Ren who thinks his life is over when he is forced to move to rural Bomont, West Virginia. And as if things couldn’t get any worse, the town of Bomont has banned dancing, but it doesn’t take long for the feisty and flippant Ren along with a few others to break the rules and try to get the ban uplifted!

Pop Idols very own Gareth Gates plays the role of Willard, Ren’s loyal but hot-headed country boy friend who would do anything for him. Gates plays this role so well, and had me and the whole audience in stitches! Surprisingly there was not very much singing from Gates but he made up for this with his acting abilities and skills on the guitar and keyboard. Gates has many credits to his name including Joseph and His Amazing Technicolor Dream Coat, Les Misérables, Legally Blonde UK & The Sleeping Beauty.

The role of Ren is played by Yorkshireman Luke Baker whose credits include Hairspary, Peter Pan and The X Factor Musical. Baker was great for this role and his enthusiasm really shone through with his dancing and singing capabilities, his voice is outstanding!

The UK tour also stars Nolan sister Maureen from the 70’s girl band The Nolan’s who plays Vi Moore who sings several songs during the show including Learning to Be Silent, and her big solo, Can You Find it In Your Heart all of which were fantastic! You can definitely tell Maureen is seasoned pro.

Joanna Sawyer who plays Rusty really stood out for me, her vocal ability is extraordinary and again her comedy acting was superb. Sawyer & Gates relationship and chemistry on stage was perfect! Your be laughing at these 2 the whole way through. 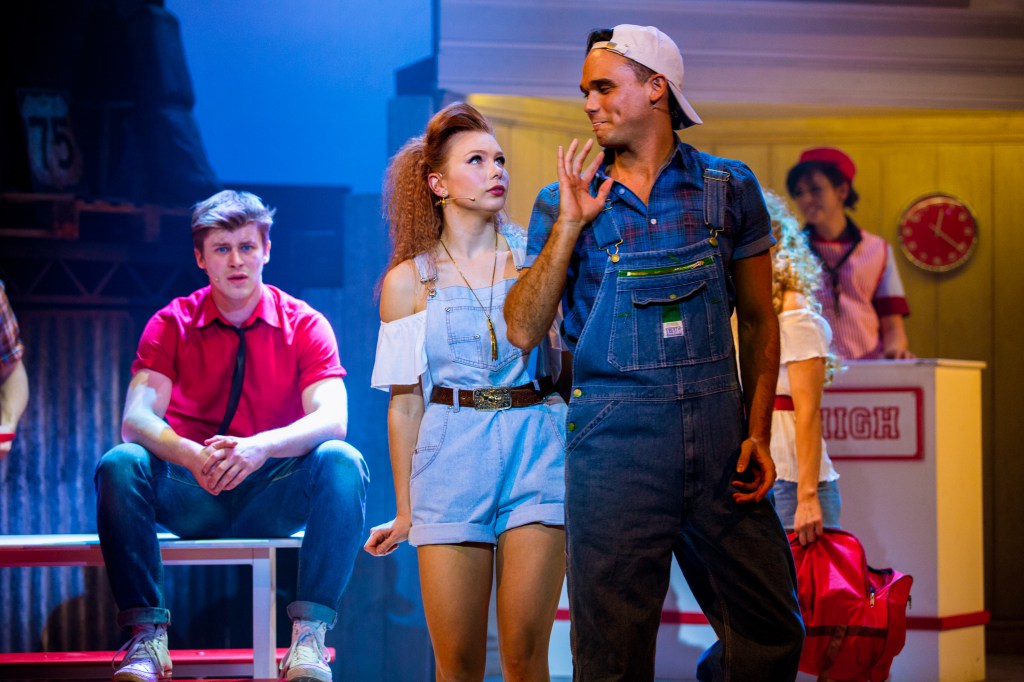